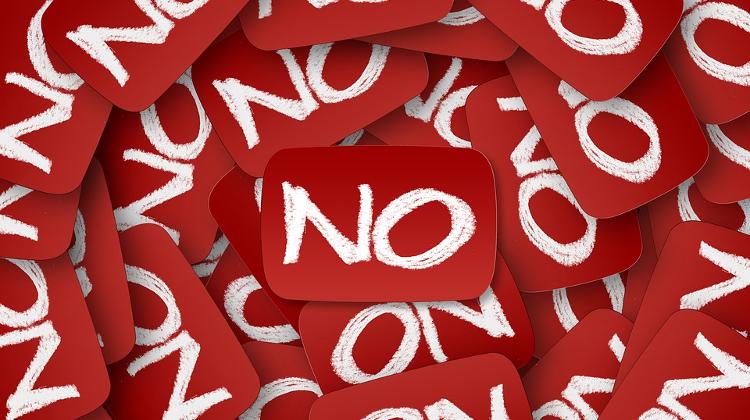 After a whole week of silence over the stunning news that liberal intellectuals, including philosopher Ágnes Heller had suggested an electoral alliance with Jobbik, several left-liberal columnists now condemn the idea as immoral or impractical.

In HVG, László Seres describes what he calls a flood of ‘increasingly hysterical’ opinions on social media urging an electoral pact between the ‘democratic opposition’ and Jobbik. He also criticises those who insist on characterising Jobbik as a neo-Nazi party. In a country free from tribal clashes and culture wars, he writes, there would be nothing strange in moderate voters casting their ballots for radical right-wingers or left-wingers if that were the prize of preventing an ‘antidemocratic catastrophe’.

Mathematically speaking, Hungarian opposition parties appear to stand no chance of unseating the current government in next year’s election unless they agree to back common candidates in at least some constituencies. But even a kind of pragmatic electoral cooperation would require Jobbik to distance itself from its racist past, Seres believes.

He disagrees with Ágnes Heller who said, on the basis of her own American experience, that in politics you have to consider your partners’ present, rather than their past. Seres doubts that such an abrupt political turnaround without sufficient explanation and self-criticism could be accepted as sincere in the United States.

In its regular weekly editorial, Magyar Narancs draws an almost apocalyptic picture of Hungary’s political future at the site of what the editors call the meltdown of the Socialist party. They wouldn’t mind if the formally dominating left-wing force disappeared; their problem is that the rapid decline of the MSZP has not been accompanied by the rise of other left-liberal formations.

On the contrary, it has led to disintegration throughout the opposition camp. The sense of hopelessness which the slide of the Socialist Party has triggered has had a negative impact on the Left as a whole, the authors write. Jobbik now seems to be the only opposition party safely above the 5% parliamentary threshold, Magyar Narancs believes.

In their worst-case scenario, Fidesz might not only win all the individual constituencies with the exception of Budapest’s 13th district, but Parliament might also be left with one single opposition party – Jobbik. In that case, the editors continue, the country might be ruled by a political force which is only supported by roughly one potential voter in four, with millions of voters left without representation. In such a scenario, Magyar Narancs prophecises, the Fidesz ruling minority would use authoritarian recipes to stay in power.

168 óra devotes two opinion columns to the issue. András Pungor castigates the Left’s inability to reflect on why it is losing supporters. He agrees with critics of the idea of a Left-Jobbik alliance, but his main point is that such a pact should be preceded in any case by introspection and redress within the Left itself. He calls for sanitising within the ‘democratic opposition’ and urges the expulsion of those he calls ‘crooks and collaborators’.

At the same time, left-wingers, liberals and moderate conservatives should build their own brands, which would prove far more useful than ‘alliance mantras’ and ‘the desperate convulsions of the drowning opposition forces’. The opposition, of course, cannot surrender, he admits. It should struggle to keep Orbán from winning an excessive majority.

As soon as journalists switch off their recorders, no opposition politicians speak any more about electoral victory, he remarks. Their highest target is to prevent another two thirds government majority. If in their desperation or under the pressure of anti-Orbán opinion makers they were to strike an alliance with Jobbik, Pungor warns, they would lose what remains of their credibility and the remnants of their identity.

Writing in the same weekly, Zoltán Lakner criticises the idea launched by left-wing activist Márton Gulyás who is trying to raise hundreds of millions of forints to fund a series of public opinion polls in each individual constituency to detect which are the best placed opposition candidates.

Gulyás hopes that the remaining candidates will be withdrawn by their parties in an effort to deny victory to the incumbent government. Gulyás cites Canada as an example where conservatives were defeated two years ago thanks to a civic movement which chose the best placed opposition candidates in key districts. Lakner remarks, first of all that While Gulyás is also running an initiative to introduce a proportional electoral system, he has suddenly produced an initiative to use the existing, majoritarian one.

This shows little consistency on his part, he suggests. He also dislikes the idea itself because it’s logic would push opposition parties towards increasing rivalry before the elections. His main objection however is that the parallel with Canada is not sustainable. In fact, during the four years before their victory Canadian liberals rose from 19 to 39 per cent in the opinion polls.

By contrast in Hungary, six months before the elections, the governing party is the only one gaining support according to opinion surveys. No fund-raising, and no public opinion polls can efface that difference, Lakner warns.