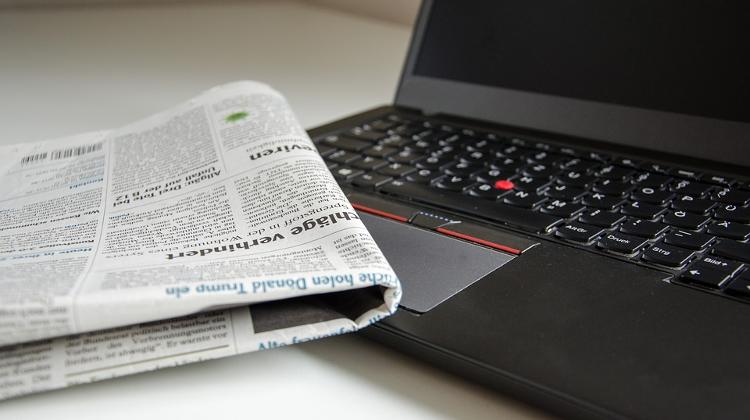 Commentators agree that the chances of the left are meagre, as its rather weak and scattered forces seem unable to coalesce, although over half the parliamentary seats (106 of 199) can be won in individual constituencies in a ‘first past the post’ system.

In Magyar Nemzet, Albert Gazda fulminates against DK leader Ferenc Gyurcsány whom he calls ‘the most useful idiot in Prime Minister Orbán’s universe’. In fact, he argues, the Left could only win the elections if it could count on the votes of disillusioned Fidesz supporters.

But Mr Gyurcsány’s dismal performance as Prime Minister from 2004 to 2009 as well as his repeated campaigns against various measures in support of transborder Hungarians, Gazda believes, will make him ineligible for the votes of moderate right-wingers.

Former Socialist front-runner László Botka tried to evict him from a putative left-wing alliance but failed and had to resign. Nevertheless, Gazda still doesn’t fully exclude the possibility of left-wing success in the April elections.

On Mandiner, Kristóf Trombitás believes that left-wing politicians and their followers live in political ‘echo chambers’, secluded from reality and only coming across opinions similar to their own.

According to their narrative, society is divided into a large majority of oppressed people living in misery on the one hand, and the winners of the regime who only pursue their own material advantage on the other. In reality however, Trombitás suggests, a large constituency is prepared to vote for the incumbent government because they are actually better off and have more opportunities than seven or eight years ago. Ignoring that fact makes the opposition unlikely to win, he writes.

In Magyar Hírlap, Dániel Kacsoh pokes fun at the new socialist candidate for Prime Minister, who is not even a member of that party. Gergely Karácsony represents a small party, Dialogue which is measured at somewhat less than 1% in opinion polls.

The pro-government commentator describes him as an opportunist, as he left his original LMP party in order to join left-liberal groups who supported Gordon Bajnai’s failed candidacy for Prime Minister in 2014. More recently, he has allied himself with another small grouping, Together, but abandoned his allies as soon as he was offered the post of front-runner on the MSZP list. Quoting his remarks that the ‘chemistry is working’ between him and Socialist leaders, Kacsoh thinks that chemistry is called a guaranteed seat in Parliament.

In a similar vein, editor Zoltán Kovács has a problem in Élet és Irodalom with Gábor Fodor, the leader of the practically non-existent Liberal Party who has been offered a secure place on the MSZP list as well. Earlier, he had signed a declaration of intent with five other minuscule organisations to run jointly in April.

His intent lasted only until he was offered a guaranteed mandate in Parliament elsewhere. ‘Wherever we look’, Kovács fulminates, ‘we see nothing but jettisoned Christmas trees and party strategists’. The latter think they have airtight recipes to win the elections this spring or at least in four years’ time.

Meanwhile, the two largest, ‘but in actual fact small and anaemic’ left-wing parties have practically disabled themselves by competing for several years for the title of the strongest. The liberal commentator also finds the left-liberal cyber-space disappointing. Just like the political forces, he writes the Internet is fragmented into closed opinion groups who do not communicate with each other, he complains.

In Népszava, Gábor Horváth disagrees with the widely shared opinion that all opposition politicians are ‘idiots’. Similarly, he also discards the view that many of them are on the government’s payroll. In reality, the left-wing commentator suggests, these players are rational people who are trying to optimise their own chances. In addition, they actually have different opinions on the policies to be pursued.

For instance, some would raise pensions, others are courting young people with the promise of free university tuition, while others again focus on the environment or on individual human rights. Rural Socialists believe that DK leader Ferenc Gyurcsány is a handicap for the Left, while urban ones think they can never win individual constituencies without his support.

What all these logical strategies fail to do, Horváth remarks, is to offer any hope to opposition leaning voters, although without that hope they might not even turn out in April.