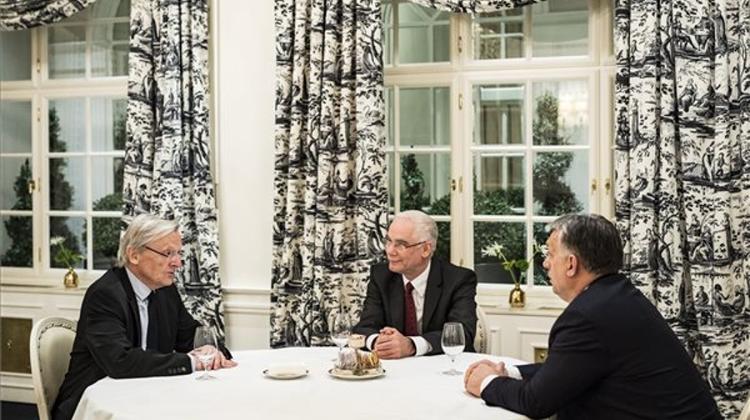 Hungary and Austria must work together to guarantee each other’s security, Prime Minister Viktor Orbán said in Vienna after talks with Austrian Vice- Chancellor Heinz-Christian Strache, head of the Freedom Party of Austria (FPÖ).

Speaking at a press conference held jointly with Strache, Orbán said he and the vice-chancellor had agreed that their ministers in charge of security and infrastructure would conduct bilateral talks on security cooperation.

Orbán said that up until recently, Austria had an “anti- Hungarian” government that was hostile towards Hungary.

This has now changed because there is a government in power that is fair, honest and strives for a friendly relationship with Hungary, he added.

Orbán said he had met Strache because the two most important topics that affect Hungarians in terms of bilateral relations, security and infrastructure development, belong to the smaller coalition party.

Hungary aims to maintain friendly relations with all who help protect Hungary and with whom it is possible to have shared goals.

Strache said Austria and Hungary should continue to deepen and develop their friendship.

The vice-chancellor said he and Orbán were in agreement that the European Union’s migrant quota scheme must be rejected because redistributing migrants across the continent is not an effective way to handle the migration crisis.

However, the EU must find a way to protect its external borders, he added. Strache praised Orbán’s efforts in pushing for the protection of the EU’s external borders and the sealing of the Western Balkan migration route.

He said he and Orbán had also discussed their countries’ shared goals, infrastructure development, economic cooperation, digitalisation, innovation as well as transportation links between Austria and Hungary.

As regards the eligibility of Hungarians working in Austria for Austrian family subsidies, Strache said that matter had to be regulated at the EU level.