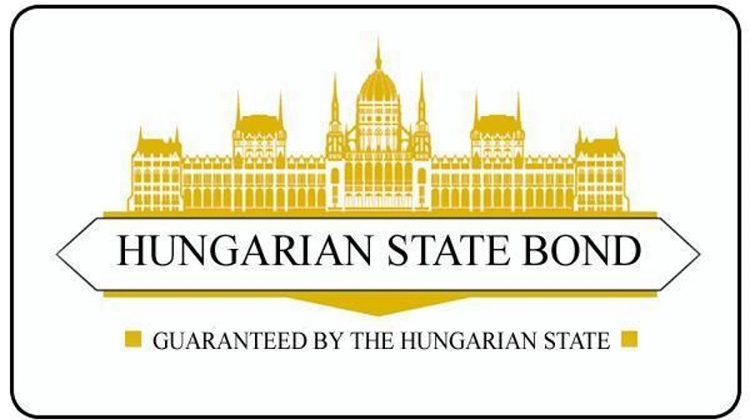 It’s been nine months since Han and his family sold their apartment in Beijing and moved to the quiet suburbs of Budapest, Hungary. “We like it here, it’s safe,” said the 32-year-old, speaking on the terrace of his new two-story home. His wife is inside cleaning, while his daughter plays with puppies in the garden reports direkt36.hu.

Han, who asked that his full name not be published, recalls that the other day his 4-year-old was playing outside, but did not return home after sunset.

“In China, some dangerous men would have already taken her. But here, a kind neighbor brought her home. It was easy to find us, we are the only Chinese family on this street.”

They might be the only newcomers on that street, but not in the country. Since 2013, 15,754 Chinese citizens have received permanent residence permits in Hungary, a country of 9.8 million, through a residency bond program that on the surface seems antithetical to the ruling Fidesz party’s philosophy.

While the often xenophobic nationalist government denounces immigration and has made barring refugees a key pillar of its policies and rhetoric, Hungary has quietly offered residence permits to those from outside of the European Union (EU) who are willing to pay €300,000.

Antal Rogan, now Head of Cabinet of the Prime Minister and the main initiator of Hungary’s residency bond program, sought to reconcile the apparent inconsistency in a statement to a parliamentary committee in December 2017.

"As far as I know,” he said, “nobody settled down in Hungary among those who received a residence permit in the bond program.”

The investors said they have moved their families to Hungary in recent years.

The residency bond program was rushed through Parliament without substantial debate in 2012, and quickly became one of the most controversial initiatives of the Fidesz government.

Despite the large payments by those seeking residence permits, it is still unclear whether the program made any profit for the Hungarian state.

The winners who reaped handsome profits were a handful of offshore companies nobody knew much about.

Since its launch, opposition parties have criticized the program as a hotbed of corruption. In the wake of Fidesz’ anti-immigrant campaign, Hungary’s far-right Jobbik party became the program’s most vehement critic.

“We want neither poor migrants nor rich migrants to be settled in Hungary,” Jobbik chairman Gábor Vona said in 2016.

The government eventually suspended the sale of residency bonds in March 2017, arguing that the country no longer had an economic need for the program. The law regulating it was not repealed, however, leaving the possibility it could be revived at some point.

There are hints that this could be in the cards.

Hungarian Prime Minister Viktor Orbán did not give a clear answer to questions about the possible relaunch of the program after the 2018 general elections, while companies dealing with Hungarian residency bonds are still looking for new employees online.

Between 2013 and 2017, Hungary handed out nearly 20,000 permanent residence permits for residency bond investors and their family members.

While Chinese predominate, permits were also issued to hundreds of Russians and dozens of immigrants from the Middle East and Africa.

Hungary’s program differed from the Golden Visa schemes of most other countries in that applicants could get their money back.

They €300,000 they were required to invest was placed in a special government bond that would fully repay the amount after five years.

“We never really wanted to come to Hungary. Our original plan was to move to Canada,” admits Han.

“But the [Canadian] process was really slow and expensive, [and] Hungary was a simpler option.”

While the Han family chose to put down roots in Hungary, there was no requirement that they do so.

Wealthy investors also had the option to simply use the program as a backdoor to travel to other countries of the EU’s Schengen area, without the need to prove that they indeed reside in Hungary or to make a lasting investment in the economy.

The most heavily criticized aspect of the program was that foreigners did not invest in the residency government bonds directly, but did so through designated intermediary companies with opaque ownership structures.

The eight intermediaries, which had the monopoly right to sell bonds in different regions of the world, were handpicked by the Economic Committee of the Parliament without any public tenders.

Only one intermediary was registered in Hungary, while two were headquartered in Cyprus, two in Liechtenstein, one in Malta, one in Singapore, and one in the Cayman Islands.

Rogan, the Head of Cabinet and the residency program’s main backer, argued that it was because the companies did not attract enough applicants.)

Dealing with Hungarian residency bonds was a windfall for these companies, which charged service fees ranging between €40,000 and €60,000 per investor. Moreover, the companies were able to buy the bonds from the state at a discount.

Of all the markets covered by Hungary’s residency bond program, China proved to be the most lucrative: A total of 5,432 Chinese investors spent €1.6 billion to buy residency bonds for themselves and their families, generating at least €244 million in fees for the sellers.

The Hungarian State Special Debt Fund (HSSDF), one of the eight intermediaries set up to handle residency bonds for applicants, serviced the Chinese market exclusively.

Rogan claimed that HSSDF, which was set up in the Cayman Islands, was obliged to reveal its real owners when submitting its license application, and named five businessmen: Attila Boros, Lian Wang, Simon Mu, Jonathan Chan and Wenqing Wu.

“These names are very reassuring,” said Rogan, who was then the head of the Economic Committee. He said that Simon Mu is one of the directors of the Chinese chemical company Wanhua and “is committed to foster Hungarian-Chinese relations.”

In 2011, Wanhua acquired full control of Hungary-based BorsodChem, one of the region’s largest chemical producers. Rogan added that the names of HSSDF’s other owners “are also well-known in business circles; their experience is unquestionable.”

Attila Boros, the Fund’s only Hungarian owner, currently lives in Brussels. Between 2000 and 2004, Boros was the chief executive officer of the Hungarian poultry processing company Hajdu-Bet, which went bankrupt in 2004.

Rogan argued that the Cayman Island-based HSSDF could not be considered an offshore company, due to the fact that it had revealed its real owners. However, as there were no requirements to file any legal documents to support the declared ownership structure, it is impossible to verify the company’s statements or to trace potential changes in HSSDF’s ownership.

This information is not publicly available in the company registry of the Cayman Islands.

What is more, HSSDF authorized another company, Hungary State Special Debt Management Limited (HSSDML), which is registered in yet another offshore tax haven – the British Virgin Islands – to provide immigration consultancy services.

The actual owners of HSSDML are unknown. So while investors must pay €300,000 for the residency bonds and then a service fee of €45,000 to HSSDML, there is no way to determine who ultimately receives that fee.

Hungarian journalists have discovered several links between the main beneficiaries of the residency bond program and Hungary’s political elite.

Among others, the name of Arpad Habony, Prime Minister Orban’s unofficial advisor, has emerged in connection with the Chinese market. It was reported, for example, that the e-mail address of Jonathan Chan, an alleged co-owner of HSSDF, was used to reserve a €3,200 private helicopter tour of Hong Kong for Habony and his girlfriend in 2015.

Habony also owns a company in Hong Kong which has a connection to the Chinese businessmen named as HSSDF’s owners, Direkt36 revealed.

Among thousands of Hong Kong-based secretaries the businessmen could have chosen to register their companies, they picked the very same one.

The three companies are all registered to the secretary company’s address — Room 1702 in Hong Kong’s Tung Hip Commercial Building.

A spokesperson for Asia Frontier Ltd. told Direkt36 that the company’s activities “are neither directly nor indirectly related to the Hungarian state or to the intermediaries of the residency bonds,” adding that the companies’ secretary provides administrative services to more than 500 firms at the same location.

In July 2014, Avenue Garden Holding, a Hungarian company connected to HSSDF’s owners, began investing on the Hungarian real estate market, Direkt36 revealed. The company acquired over 40 apartments and rental units in a luxury building on Andrassy Avenue, one of Budapest’s most elegant streets.

At the time of the purchase, Avenue Garden Holding was solely owned by Hungarian State Special Debt Management Limited, based in Hong Kong and directed by Lian Wang, Wenqing Wu and Attila Boros.

The real owners of the company are unknown, as the business registry lists three companies as shareholders, all registered in the British Virgin Islands.

Since then, the company sold several of the apartments to Hungarian private companies and persons.

While it is estimated that the companies selling bonds for Chinese citizens earned (on average) around €51,000 per customer, its total profits remain unknown. In an interview on Hungarian online television, one of HSSDF’s alleged owners, Lian Wang, said that the company invested heavily in advertising the residency bonds in China.

HSSDF has worked with 188 marketing agencies across China and more than 1,000 employees marketed and sold Hungarian residency bonds, according to Wang.

The agencies published countless marketing videos presenting Hungary as heaven on earth. Some of them show the beauty of Budapest’s architecture, while others praise the country’s education and healthcare system, or its clean environment and smog-free blue sky.

One 38-year-old Chinese man, who has lived in Budapest for more than a decade, says the reality can be disappointing. “Most of the families I met sold everything they had in China, and came here hoping for less stress and a better education for their children,” he says.

“They can get very disappointed when it turns out that Hungary is not like a dream.”

The man, who asked not to be named, owns a Chinese food shop in the outskirts of Budapest, close to a big Chinese market. As a source of extra income, he also offers help for people who recently moved to Budapest through the residency bond program.

He says he has helped between 30 and 40 families settle down in the country in the past year, but he knows of another 100 Chinese families that already live in Hungary.

“I help them to find a flat to live and a school for their children. It is difficult, as there are not enough places for so many Chinese children in international schools, and they don’t speak proper English, nor Hungarian,” he explains.

A 40-year-old Chinese engineer who moved his family to Hungary two years ago does not need to worry much about his daughter’s linguistic skills: the six-year-old orders orange juice in Hungarian in a small café in a Budapest suburb, while her parents talk about their main concerns.

“I don’t want to open another Chinese restaurant or clothes shop, Budapest is full of them,” says the engineer, who is reluctant to tell his real name.

“It is impossible for me to work with my degree, I don’t get the necessary accreditation in Europe,” says the currently unemployed man, who has been living on his savings since he moved to Budapest with his family.

He is now planning to open a company that would organize trips to Hungary for Chinese tourists.

He is afraid that if he criticizes the residency bond program, his family will not get back the €300,000 they paid for the bond at the end of the 5-year maturity period.

“We don’t feel safe, nobody does. We could not make a deal with Hungary, but with some random offshore companies, we don’t even know their owners. We can only hope they don’t disappear with our money.”