All Left-Lib Parties Open To Coalition 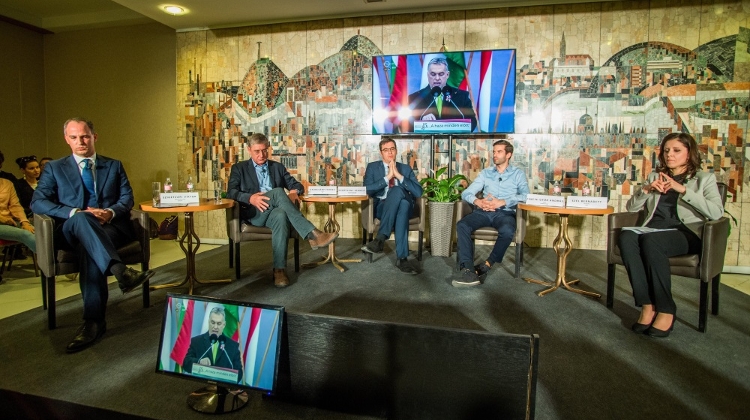 Leaders of six opposition parties, attending a recent public debate, agreed that the incumbent FideszChristian Democrat government could be replaced after the April 8 general election.

LMP leader Bernadett Szél, who spurned their offer, said that if the opposition won the ballot, a more just, democratic election should be called as soon as possible.

Leaders of the Socialist-Párbeszéd electoral alliance, the Democratic Coalition (DK), Együtt and Momentum, in turn, said they would rather see a coalition government based on compromise.

The debate, held in Budapest late on Wednesday, was organised by the Válasszunk! 2018 (Let’s vote! 2018 - V18) group. Former foreign minister and EU commissioner Péter Balázs, who heads the group, said ruling Fidesz and radical nationalist Jobbik had not accepted their invitation.

Gergely Karácsony, the SocialistPárbeszéd PM candidate, said it would have been better had the debate taken place a year ago, and the “democratic opposition” could now face Fidesz in unity. “We should have made a joint offer to the nation,” he said.

Szél, LMP’s PM candidate, insisted a majority of Hungarian voters wanted to see a change of government. She said LMP had sought full-scale cooperation on the opposition side but had met with harsh resistance.

DK leader Ferenc Gyurcsány said that most voters had “become familiar with the nature of the current electoral system”. Now it is up to the opposition parties to enforce the majority’s will to replace the government, he said.

Együtt board leader Viktor Szigetvári said the general mood favours “a change in regime”, and welcomed recent shifts towards broader cooperation on the opposition side.

Momentum leader András Fekete-Győr said their party had been born from a general dissatisfaction with the corrupt government and the squabbling opposition. “By now, however, we have become ready for compromise because our generation cannot live for another four years under the current regime.”

They agreed that the incumbent government had neglected education and health care, and pledged to significantly increase central spending on both areas including wage hikes.

The opposition leaders agreed that poverty had increased over the past eight years of Fidesz’s rule and pledged to reverse the trend by creating jobs, redesigning the fostered work scheme and significantly hiking family allowances.

They also agreed on the need to investigate and prosecute corruption cases “linked to the government”.

Karácsony repeated Socialist-Párbeszéd’s pledge to set up an anti-corruption prosecutor’s office, whereas Gyurcsány called for the chief public prosecutor to be removed from office.

Szigetvári vowed “to nationalise the private assets” of Prime Minister Viktor Orbán and businessman Lőrinc Mészáros linked to him.