Helping Construction With Power Of Digitalization 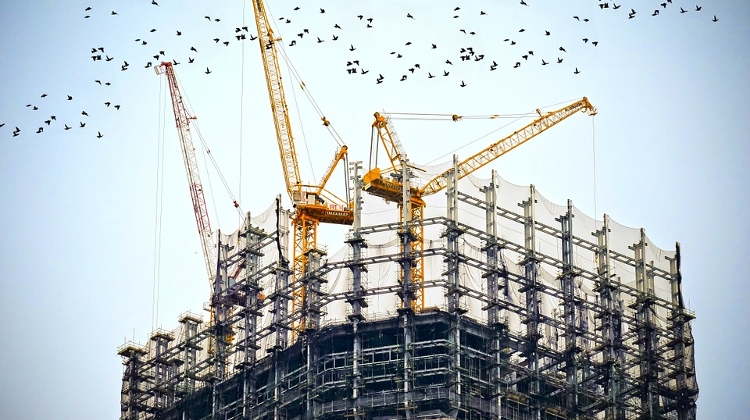 Lokcheck is an award-winning Hungarian startup striving to make the construction industry more efficient through the power of digitalization and smart solutions.

According to the company’s CEO and co-founder Bence Vas, the core idea of the startup was conceived after he took a summer job working at construction sites alongside Lokcheck CTO and co-founder László Ábrahám.

He says the pair were “baffled by the lack of coordination and the constant supervision the construction site was in need of. We decided to bring the benefits of digitalization to this industry and see where we could improve it. Still to date it is our goal.”

The founders started drawing up the concept of the firm in the summer of 2018, and founded the company at the end of the same year.

Within months, Lokcheck found itself on the stage of the Brain Bar Blastoff startup competition, winning the Deloitte Fast50 Most Disruptive Technology Special Award. As a result, the startup is also set to receive advisory services worth HUF 3 million from the Big Four Firm.

“The competition at Brain Bar gave us exposure, which we are thankful for,” the CEO notes. “Our goal is to best serve the partners we score from the competition and make our service better. Our focus is on internationalization and exceeding expectations.”

“We’re on a mission to create the next step in digitalization, which is digital project management,” Vas tells the Budapest Business Journal.

“We see an opportunity in cloud-based and integrated solutions resulting in time savings and automated processes.”

Among other functions, Lokcheck’s smart solutions offer construction maps and daily punch-lists, with the latter allowing firms to keep the working hours of employees automatically.

“We sparked interest at top tier construction firms, management consultants and social events that believe in changing the world through modernization,” he says.

“We have fallen asleep over our computers too many times, but we delivered on time for our customers. We have external support from many sources. Mentors like Marcell Zoltán Végh, who’s part of the team since day one, help us make the right decisions. Our investor, Hiventures is also a great source for guidance and a vast network of startups. We got to know intelligent people in the startup ecosystem, we have a genius network of advisors,” Vas adds.

Since the launch of the startup, the team has also grown in number, now consisting of “three developer wizards and two business smartguys” in the words of the CEO.

“Lokcheck is developed by László and his team. András [Vas], our UI/UX expert, is responsible for the visualization, while János [Kirtyán], our lead developer, is the one who works on everything under the hood. They’ll probably meet some new developer colleagues soon.”

Vas is responsible for most of the relationship management and public outings, alongside Lior Vadas. “We’re all pretty young and not afraid of being disruptive.”