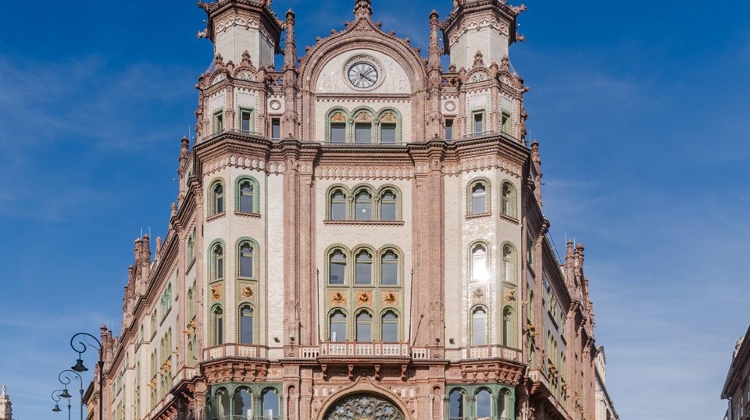 Update: Officially opened on 29 November by Foreign Minister Péter Szijjártó. Conveniently situated in the city centre of Pest, it's surrounded by iconic sites, shops, restaurants and cafés. Located between the River Danube and the bustling city, it's an ideal base to start exploring the Hungarian capital. 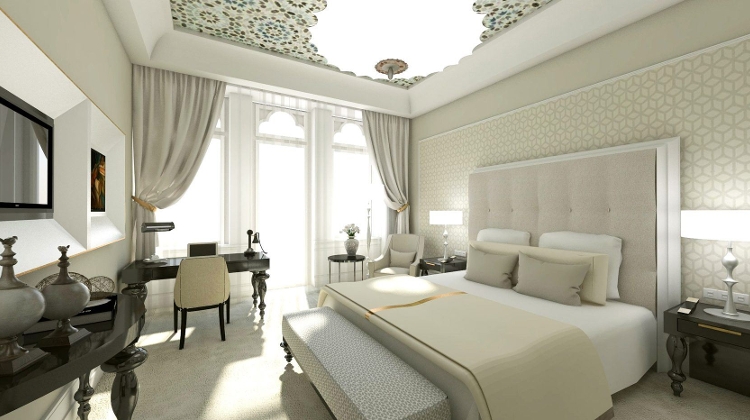 King and double queen accommodations, as well as connecting rooms, are available, and premium room guests can also enjoy the convenience of the Club Lounge.

The palatial Art Nouveau rooms are inspired by the fusion of gothic, Moorish and Oriental styles, as well as the enchanted history of the famous building, to guarantee an extraordinary stay. 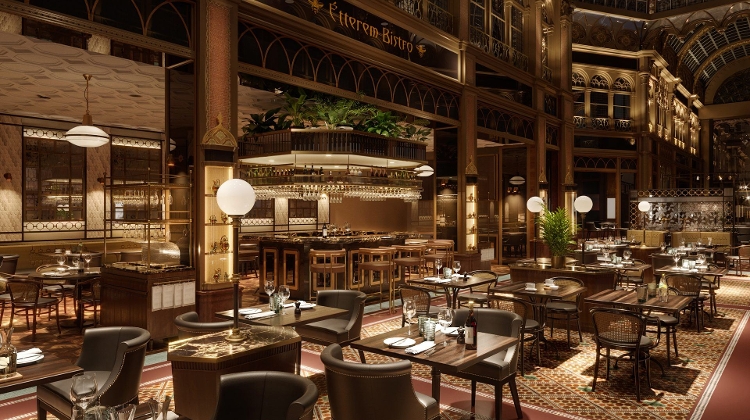 The Café serves Hungarian delicacies and premium coffees during the day, in the unmatched atmosphere of the Passage of the magnificent building.

The impeccably designed place evolves from a vibrant café during the day into a buzzing bar serving handcrafted cocktails late into the evening.

The Brasserie offers a stylish dining experience for hotel guests and locals alike. It boasts an open kitchen serving international cuisine and the best local and international wines - in a classic, yet cosmopolitan dining area. 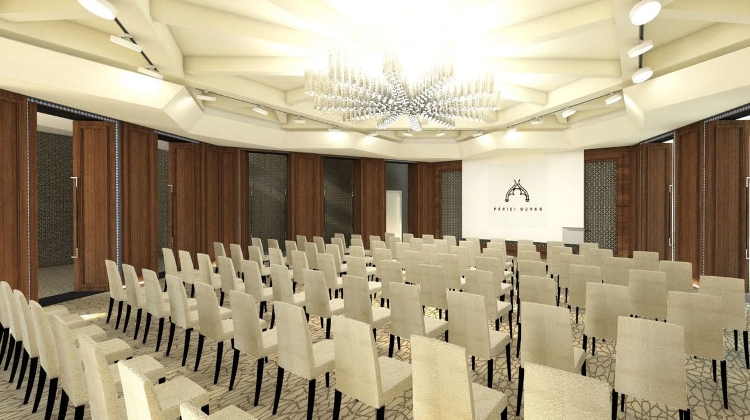 This special hotel offers more than 300 m2 of meeting & events space divided in 4 distinctive and multifunctional meeting rooms and salons that are ideal for upscale events and special occasions, accommodating up to 160 guests at the same time on two floors. 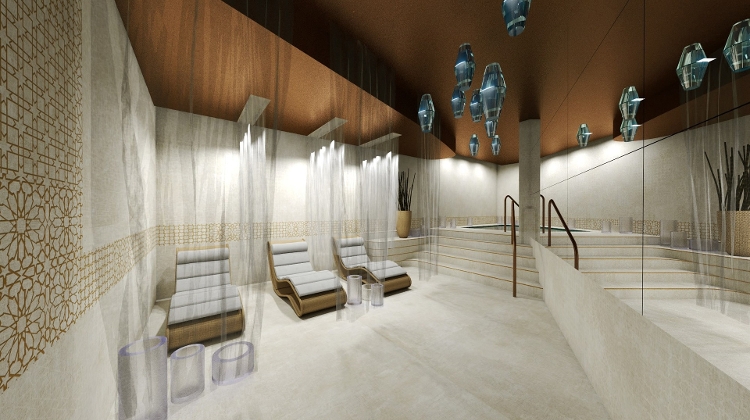 Leisure and wellness features include the carefully appointed Zafír Spa and a high-tech fitness room, allowing guests to unwind and immerse themselves in a stress-free environment.

Highly trained therapists can rejuvenate your body and soul with bespoke treatments and a wide variety of beauty services.

About This Remarkable Hotel’s History

One of Budapest's most exclusive and iconic buildings was located on one of the city’s richest pieces of property: on the corner of today’s Ferenciek Tere (Square of Ferenciek) and Petéfi Sandor Street.

Back then, the square was called Kigyó Square, and the street was named Koronaherceg Street.

The onetime building was designed for Baron Jozsef Brudern by Mihay Pollack, architect of the Hungarian National Museum. When they finished construction in 1817, people started to call the building Parisi Udvar (Parisi Court) or Parisi-House.

Baron Jozsef Brudern was living on the second floor, while altogether 32 shops (16 on each side) were located on the first floor. The shops were some of the most elegant and luxurious in ancient Budapest.

It was believed that the breathtakingly attractive building was designed by Pol- lack as a mock-up of the Parisian “Passage des Panoramas”, which is where it got its name.

Parisi Udvar was one of the first buildings to have a passage inside, featuring several kinds of shops. The building was not only famous for its stores, but also its owner:

“József Brudern was one of the most handsome men in the country. He traveled abroad a lot, [...] and lived in Pest as a central figure of the capital’s social life. He held daily get-together lunches in his house.

Being in his company, everyone was at ease, conversations were rather infor- mal and enjoyable,” remembered Ferenc Pulszky, a former director of the Hungarian National Museum, who himself visited the Brudern-House when he was young.

In 1893, due to the renovation of Erzsébet Bridge, the circumstances of the local properties changed and new palaces were constructed in the place of old dwellings. Belvárosi Takarékpénztár (Central Savings Bank) bought the Parisi- House in 1906, and one year later in 1907 they invited applications to design a new palace to replace the existing one.

According to the tender description, “apart from locating the necessary rooms for the institution, the building should be filled with shops on the ground floor and apartments on the first and second floors that can accommodate 3-6 people with absolute comfort.”

The Central Savings Bank entrusted Henrik Schmahl with the design of the Parisi Udvar. Schmahl’s con- cept was approved in 1909, and the reconstruction started that year during summer.

The construction was nearly finished in 1912, but unfortunately Schmahl did not see his dream come true: he had passed away in Dresda few months prior to the completion of the building due to serious complications from an earlier surgery. After his death, Pal Liptak finished the project based on Schmahl’s concept.

During the Second World War, when Germany occupied Budapest in 1944-45, the eclectic building, with ornamentally huge adornments and Art Nouveau and Eastern-style attributes, was brutally damaged, especially the Central Savings Bank's huge treasury.

During the renovation of the 1950s, the Central Saving Bank’s Art Nouveau styled interior gave way to modern, and simpler interior de- sign solutions and the old banking places were replaced by IBUSZ and Jégbüfé, two of the most traditional Hungarian companies.

IBUSZ is a globally renowned Hungarian travel agency, established in 1902, while Jégbüfé is a conventional confectionery and a considerable participant in the market since 1952.

Now, in 2019, the building emerges in its third incarnation as the luxury hotel Parisi Udvar.

The elegant bedrooms are designed and inspired by many aspects of Budapest's culture: from the architecture with its mixed geometry and distinct green Zsolnay tiles, through the majestic Danube flowing nearby, to the avant-garde spirit of the Hungarian artists of 1900s Paris, many authentic styles exist in the hotel’s interior.