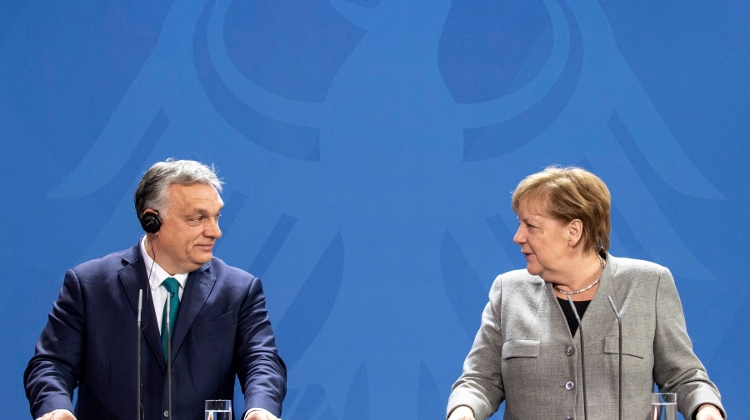 Viktor Orbán has said EU member states are sure to reach a deal on the bloc's next budget that would satisfy everyone, but more time was needed to get there.

Speaking to reporters ahead of talks with German Chancellor Angela Merkel in Berlin, the prime minister noted the next EU budget was among the issues on the meeting’s agenda, adding that although Hungary and Germany had disagreements on the matter, EU leaders with experience in putting together an EU budget would “certainly” find a way to strike a deal.

Orbán said he and Merkel will also discuss bilateral matters with European dimensions. The prime minister said Merkel was keen to discuss issues relating to European competitiveness and industrial policy at next month’s EU summit.

Orbán said this would be a crucial summit, arguing that the most important question was how Europe may regain its competitiveness.

Orbán said developments in the “positive agenda” on cooperation in innovation, digitalisation, the defence industry and R+D which Merkel had proposed at their 2018 meeting would also be a topic of discussion. Bilateral trade turnover hit a new record last year, Orbán said, adding that it could exceed 55 billion euros.