Budapest At Risk Of Spike In Covid-19 Cases 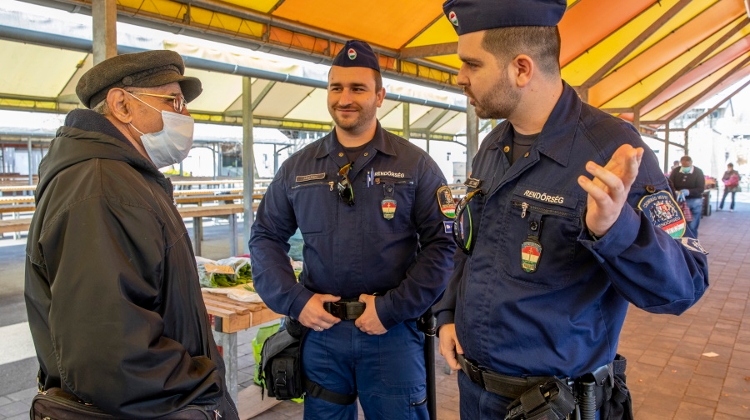 Budapest is at “serious risk” of seeing an “explosion” of coronavirus cases, with most of Hungary’s confirmed cases located in the capital and Pest county, the chief medical officer said.

Róbert Kiss, of the operative board’s emergency centre, said police on Saturday had to disperse large gatherings in City Park, Margaret Island, Normafa Hill, a popular attraction for day-trippers, and at various parts of downtown Budapest.

Police recorded altogether 301 irregularities in the capital on Saturday, filed charges against 24 people and fined 14, he said. Overall 64 reports were filed against businesses violating restrictions around shop opening hours, 41 of them in Budapest, Kiss added.

Fully 62% of the country’s confirmed novel coronavirus cases have been recorded in Budapest and Pest county, Cecília Müller told an online news conference after a meeting of the operative board coordinating the response to the epidemic, asking the public for strict compliance with curfew and social distancing restrictions.

Müller said there were “many people” who did not take the curfew rules seriously enough or had misunderstood the time frame designated for shopping for basic items.

In response to a question, Müller said the current lab capacities were sufficient for carrying out the necessary number of tests, adding that Covid-19 patients were being treated at hospitals other than South Pest Central Hospital. Hospital staff are constantly being supplied with protective equipment, she said.

Earlier in the weekend Müller said Hungary has so far avoided an explosion of infections thanks in large part to the effective and timely response measures put in place, adding, at the same time, that the country was “on the brink of mass infections”.

In response to a question, Müller said the government office has ordered an investigation into the case of a nursing home where five people were confirmed to be infected with coronavirus.

The home’s residents have been quarantined in their rooms and the building has been disinfected. Residents who have displayed symptoms of Covid-19 have been hospitalised and the authorities took 200 samples in an effort to contain the virus in the home, she added.