Hungary’s PM: Self-Control Is The Most Powerful Weapon At This Time 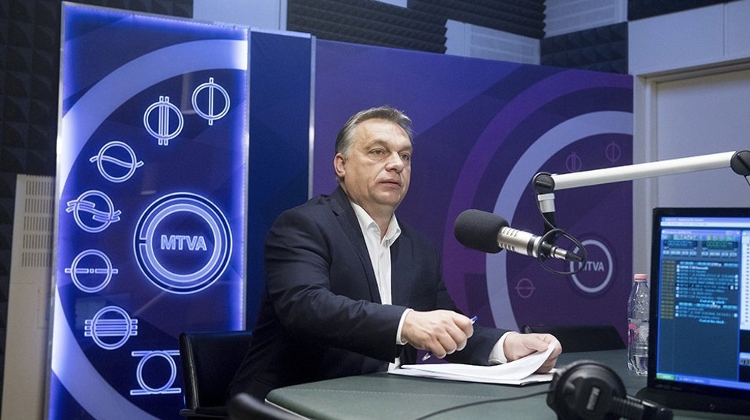 In the present coronavirus situation, self-control continues to remain the most powerful weapon, and if people are able to sufficiently distance themselves from one another, this will work, Prime Minister Viktor Orbán said in his Good Friday interview on Kossuth Radio’s programme ‘Good morning, Hungary’.

Regarding the indefinite extension of restrictions on movement, the Prime Minister said conditions greatly vary from settlement to settlement, and these cannot be regulated by means of a national decision.

This is why they decided to uphold the restrictions on movement, while giving mayors the opportunity to introduce further restrictions if necessary locally.

The government decided on the extension of restrictions on movement on Thursday. In this regard, the Prime Minister said we are proceeding from the group phase of the infection to the phase of mass incidences, and he waited to see if more stringent measures were required due to a possible deterioration in the situation.

In actual fact, a decision should have been adopted on Friday, but as this is a bank holiday, they could not wait any further, he said, observing that what happened in several elderly care homes in Budapest, too, warranted caution.

In the context of the epidemic, Mr Orbán also said he can see that there are countries which are “already heading towards the exit”; however, in Hungary he “cannot yet see the light at the end of the tunnel”.

At the same time, from Hungary’s point of view he described Austria as “a large laboratory” because there, due to its proximity to Italy, everything is happening earlier than in Hungary.

Therefore, they are closely monitoring which measures have come up to expectations in Austria and which have not, and similar disease control measures should be adopted here after a thorough assessment.

Regarding his visits to hospitals which will also continue on Friday, the Prime Minister said his instincts compel him to visit hospitals and to inform himself about the situation.

When infections enter the mass phase – and as so far no one has escaped this stage, we would do well to prepare for it – we may need as many as 7,500 to 8,000 intensive care beds and ventilators for the treatment of the elderly.

In peace time in Hungary there are approximately 2,000 ventilators; this number should be increased to 8,000 in such a way as to ensure that there are also physicians and nurses in sufficient numbers to operate them, he added.

He said he regards the containment effort as successful inasmuch as that they have slowed down the spread of the epidemic, and as a result, they have gained time. However, “the great trial, the real test is yet to come”.

Concerning Easter and the lack of family gatherings at this time, Mr Orbán said we must try to accept  that this Easter will be different from the Easters we are used to.

The Prime Minister also spoke about the opposition, pointing out that even during an epidemic they can only focus on ways to weaken the government and to get into government.

This is “a fine ambition, but for the time being they can’t even cope with the operation of an elderly care home,” he observed, recommending that they should “practise” in places where they have responsibilities, for instance, in the capacity of mayor.

In the radio interview, the Prime Minister was also asked about the economy protection measures necessitated by the coronavirus epidemic.

Regarding these, Mr Orbán said while the Left’s crisis management recipe was austerity – as part of which they took money away from pensioners, state employees and families –, after 2010 the government set out in the opposite direction, and placed jobs at the centre of attention.

Also today, the main goal, the underlying principle of crisis management is to create as many jobs as will be destroyed by the virus, he stressed, adding that he would not like to return to the era of a benefit-based economy and debts.

He highlighted that today Hungary stands on its own two feet, and does not depend on anyone financially. Even during a crisis, we must not give up this goal; we must insist on “heading in the direction which the people have given us a mandate for” and this “will work”.

The economy protection action plan comprised of hundreds of steps will work, will solve the problems, will bring jobs back, and will again place the Hungarian economy on a course of growth, Mr Orbán stated.

If everybody makes a contribution, we will have the financial foundations for the economic plan, Mr Orbán stated. According to his optimistic scenario, the economy will find its way back to the “the straight path” within a few months.

At the same time, he also added that while he “wouldn’t run as far as” the most optimistic central bank projecting a possible growth between 2 and 3 per cent for this year, he does not necessarily envisage the enormous decline that economists tend to talk about.

He would instead rely on London financial analysts who believe that Hungary has a chance of coming out of this whole situation on top; all we need is a good plan, and it must be implemented well.

Regarding the deficit of the budget, the Prime Minister said those who are now letting the deficit run out of control “will later be left hanging”. Those who “are now taking every opportunity to drown themselves in debts will […], in a few months’ time when the first great waves of the crisis are over, find themselves dangling on a wire, jerked around like puppets by creditors and speculators,” he said.

The Prime Minister highlighted that for him the 3 per cent budget deficit constituted the “red line” which we must not exceed because “in the end, we will pay a bitter price”.