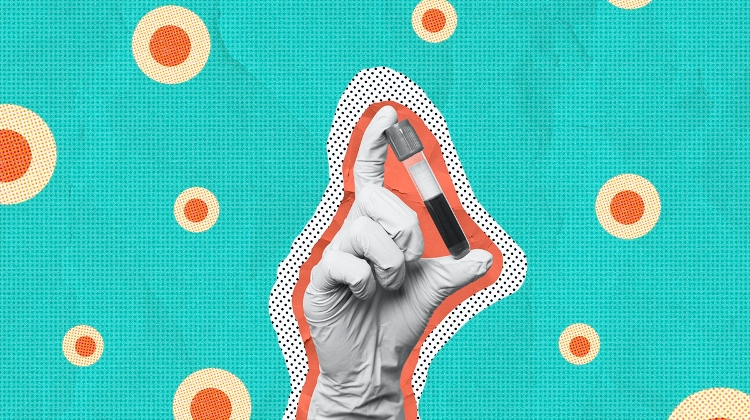 Many coronavirus test kits that were imported from China by the Hungarian government are of dubious quality.

While the pro-government media called this “fake news”, a study conducted by the experts of Semmelweis University showed that two tests used by the National Emergency Service are unfit for medical use.

A third type of test kit was found to be so inaccurate that the Chinese authorities revoked its export license a few days after a shipment of the kits arrived to Hungary.

Last weekend, several news stories have been published in the Hungarian media regarding the COVID-19 rapid tests used by the national health services. Index.hu, one of the leading news portals in Hungary, leaked details from a study based on a series of tests conducted by the staff of Semmelweis University. The paper was about testing the quality of two (so far unnamed) coronavirus test kits and concluded that they were practically useless due to their inaccuracy.

According to the study, cross-referencing the tests’ results with the highly accurate PCR test kits showed that they could only diagnose about a third of infected patients, and also produce a lot of false positive results, about 15 to 27 in 100 healthy test subjects.

The Index article also stated that many quick tests that the government procured from China were imported by CECZ Zrt., a Hungarian trade company with ties to the Hungarian Ministry of Innovation and Technology. However, they claimed that there is no way to tell if the test kits mentioned in the study were imported by this company.

In reaction to the article, Semmelweis University issued a statement, in which they confirmed that the study was real, and also said that the test were not the ones imported by CECZ. Based on this statement, the pro-government media, including the state new channel (which recently started a “fake news watch” program in relation to the epidemic) claimed Index has published “fake news”, despite Semmelweis not actually debunking any of the claims in the article.

Later, the full study was uploaded online, containing the names of the two test kits studied by the experts. One of the tests were manufactured by Anhui Deep Blue Medical Technology, the other by Hangzhou Clongene Biotech, two Chinese corporations. These are the same test kits that were issued to Hungarian emergency personnel, according to the website of the national ER service.

These kits have been used to diagnose suspicious cases, despite the study calling their inaccuracy “unacceptable” and advising against their use in medical practice.

A third type of test imported from China were made by Hybribio Biotech. After several Chinese test kits were found to be extremely inaccurate by Czech and Spanish experts, on April 1, Chinese authorities revoked the license of Hybribio Biotech, preventing them from exporting their test kits – however, by May 4, they were given the license to export them again.

Only a few days before Hybribio’s export license got revoked by China, the Hungarian Ministry of Innovation and Technology bought 30 000 of their test kits. There is no public information about how much did this shipment cost, or which organizations are currently using them. According to Semmelweis University, these tests, unlike the other kits, are not serological tests but PCR tests.

As of now, four types of COVID-19 rapid tests have been confirmed to be in use by the Hungarian medical services, 3 of them have had issues. The fourth type of rapid test named in the media is the SARS-CoV-2 IgG assay test, developed by the US Abbot Laboratories. This test has been approved by the American FDA and the EU and was praised for its accuracy. Currently in Hungary, these tests are only used in limited numbers by the Szent Imre hospital in Budapest.