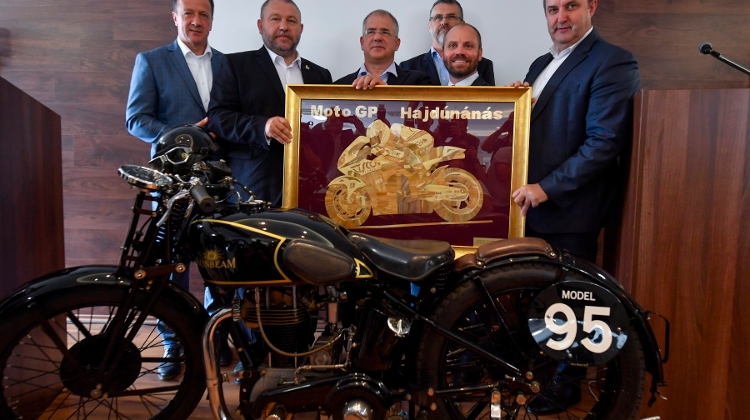 The government will build a MotoGP motorcycle race track in Hajdúnánás, Innovation and Technology Minister László Palkovics announced in the eastern Hungary town on Saturday.

The Ft 65 billion facility is scheduled to host its first MotoGP race in 2023.

The international race is to be held in Hajdúnánás for at least eight years.

Local Fidesz MP István Tiba underlined that the project will boost the economy.

It is not about only one race per year, Fidesz MP Lajos Kósa stressed, as the track will be used at least 200 days a year and the facility will also be available for use by bikers.