10 Talented Hungarians Worth Knowing More About By Expats 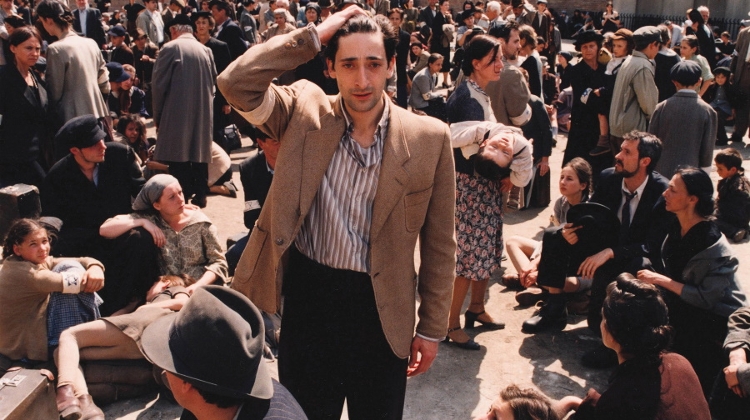 The world has Hungary to thank for providing many talented people, from Hollywood film stars to clever inventors and dauntless adventurers. Ed: It's well worth expats knowing about them, not least when enjoying a conversation with locals.

The following 10 notables are Magyars, either by nationality or being born to a Hungarian parents - presented in no particular order, you can click any name to know even more.

Born Béla Ferenc Dezső Blaskó in 1882 to a Hungarian father and Serbian mother in Lugos, now in Romania, he is best known for his definitive portrayal of Count Dracula in the 1931 film and for his roles in other pre-Second World War horror films. 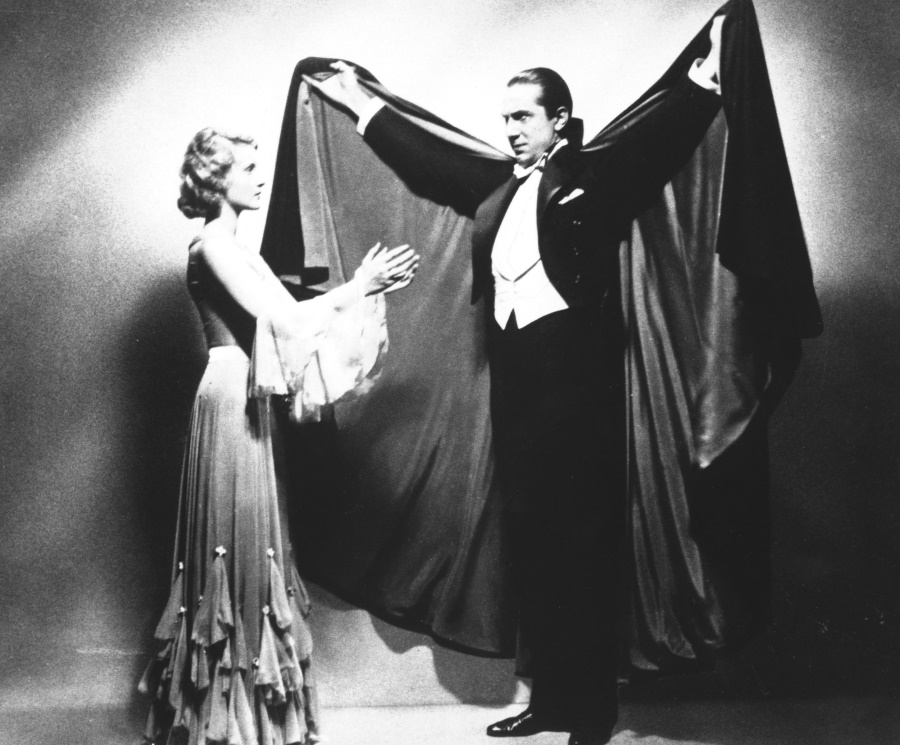 Having spent several years working on the stage and in early cinema in Budapest, Blaskó emigrated and found work on Broadway in New York and in Hollywood, Los Angeles.

Successful but then typecast for years, Lugosi developed an addiction to opiates and fell into penury. His sad last years also saw him dependent for work on Ed Wood, a budding B-movie director.

Their relationship was chronicled by director Tim Burton in the 1994 film of the same name. Martin Landau won an Oscar for his portrayal of Lugosi, who died in 1956.

Surely just about everyone knows the name Houdini. The world’s most famous escapologist was born Erik Weisz in Budapest in 1874 and spent his early years at what is now Csengery utca 1, two blocks behind the Grand Boulevard in District VII. 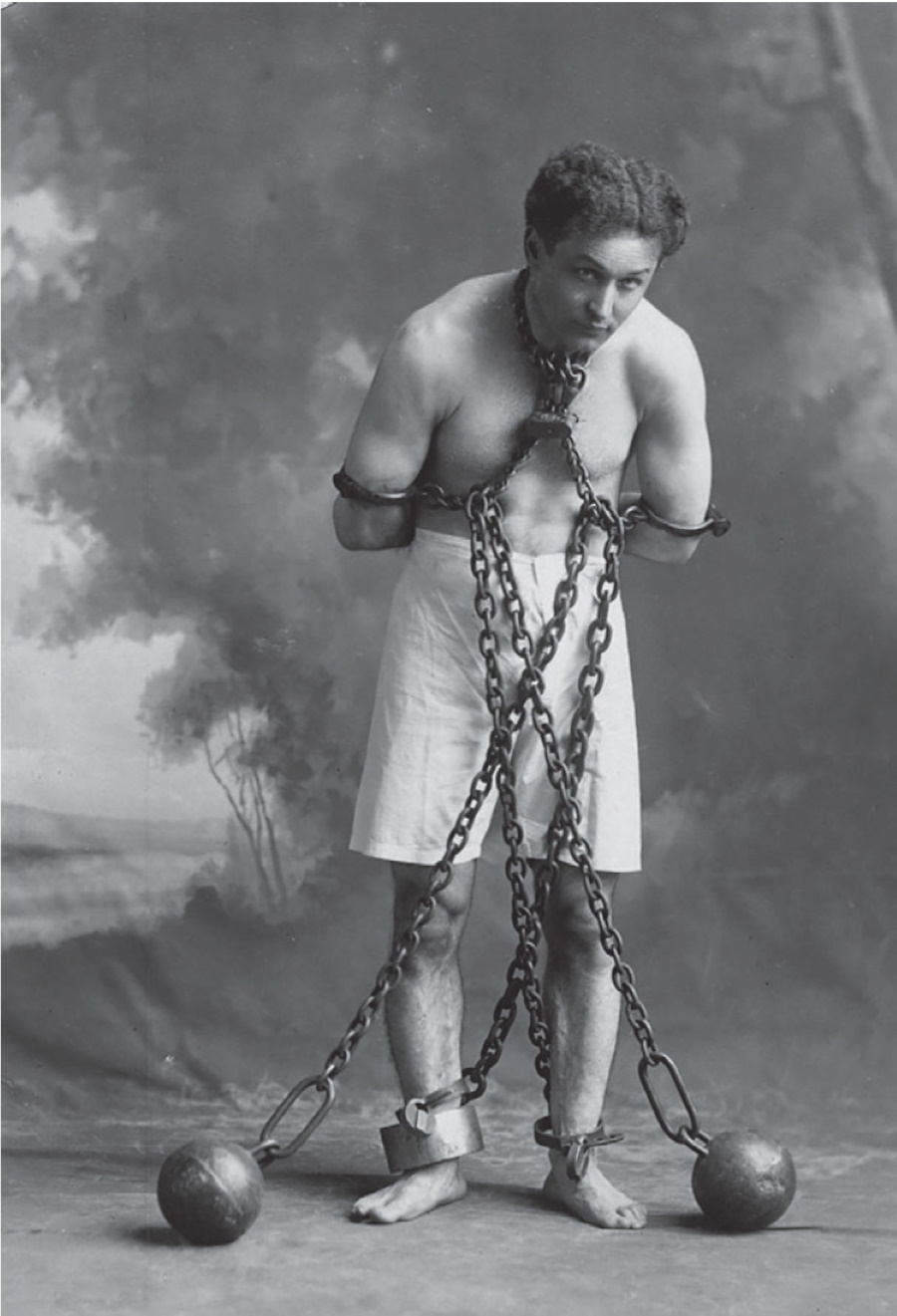 When he was four, the family emigrated to America and he found fame and fortune wriggling his way out of impossible situations.

His repertoire of stunts included escaping from chains, from ropes slung from skyscrapers, from straitjackets under water, and having to hold his breath to get out of a sealed milk can with water in it.

He died in 1926 but is remembered at the House of Houdini museum in Budapest’s Castle District, full of the artefacts that a fellow Hungarian magician, TV star David Merlini, had collected over many years.

An accomplished aviator and fearless explorer, Count Almásy (László Ede Almásy de Zsadány et Törökszentmiklós, in full) was born into a Hungarian noble family in Borostyánkő, Austria-Hungary, in 1895 and earned the Iron Cross for his clandestine war-time operations. He was forced to flee Hungary, and the KGB, after 1947.

Almásy served as the basis for the protagonist in both Michael Ondaatje's novel “The English Patient” and the film adaptation of the same name in 1996. Actor Ralph Fiennes played him in the multi-Oscar-winning film, where Almásy’s character is fictionalised (pictured below). 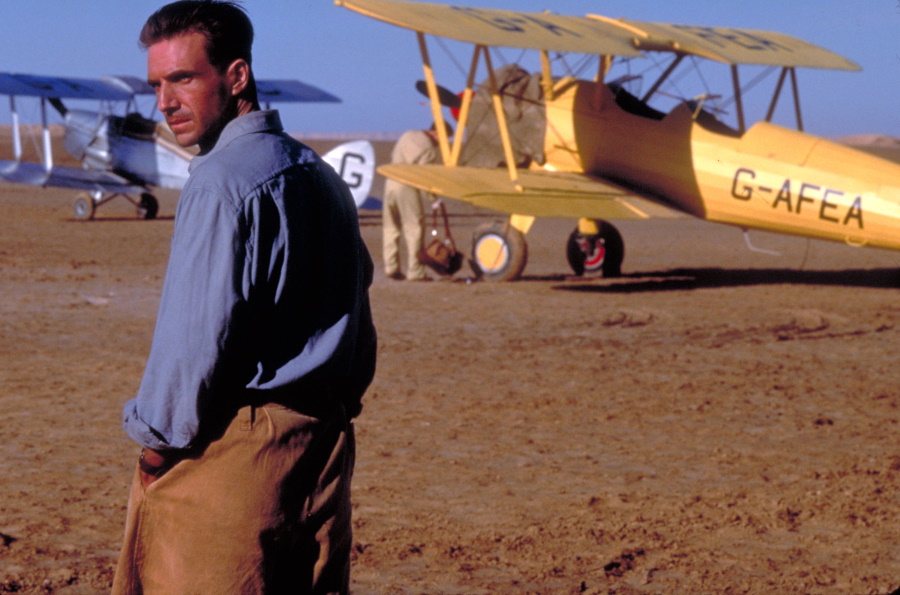 The film is set in Cairo and the deserts of North Africa during World War II, with key exploits of his being portrayed. His discovery of the Cave of Swimmers, unveiling Neolithic drawings in the Libyan desert, for example, proved that the Sahara once held water.

Almásy became ill in 1951 during a visit in Austria, dying of complications induced by amoebic dysentery – contracted during a trip to Mozambique the previous year – in a hospital in Salzburg, where he was then buried.

The epitaph on his grave, erected by Hungarian aviation and desert enthusiasts in 1995, honours him as a "Pilot, Saharaforscher und Entdecker der Oase Zarzura" (Pilot, Sahara Explorer and Discoverer of the Zerzura Oasis).

The name of László Bíró (in English, Leslie Judge), born in Budapest in 1899, would not have become widely known had this newspaper editor not invented the everyday item that enshrines his legacy in ink: the biro.

Seeing how fountain pens would run and stain the page, Bíró teamed up with his brother, György, a chemist, to create a pen whose tip would revolve and deposit ink onto the page judiciously. In short, a ballpoint.

Having patented the pioneering artefact in 1938, Bíró, a Hungarian Jew, was forced to flee Nazi-occupied Europe. He settled in Argentina, where his biro was produced, just in time for Bíró to gain revenge, of sorts, on Hitler – his pens were used by RAF aircrew during bombing missions over Germany.

Bíró died in 1985 but is remembered every September 29, when Argentines celebrate his birthday, the nation’s annual Día del Inventor.

The co-star of “Some Like It Hot” never forgot his Hungarian-Jewish roots, donating significant sums to the reconstruction of the Great Synagogue in Budapest and many other Jewish places of worship around Hungary. 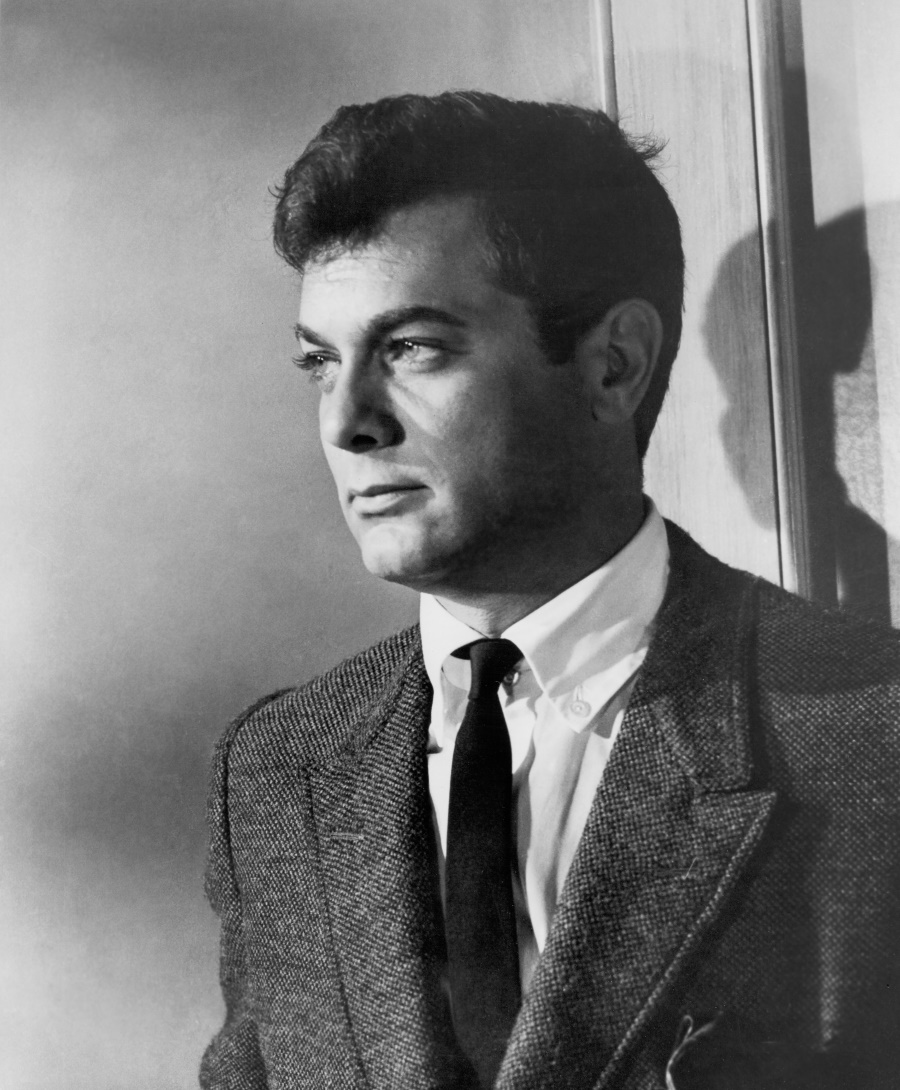 Curtis was born Bernard Schwartz in New York in 1925, his parents emigrés from eastern Hungary and what is now Slovakia. Curtis visited his father’s home town of Mátészálka several times, a handy subject of conversation for locals.

Of his 70 films, the one that launched him was playing Hungarian escapologist Harry Houdini, alongside his then wife, Janet Leigh, in 1953. “Some Like It Hot” was a smash hit 1959 film with Marilyn Monroe and Jack Lemmon, and directed by Billy Wilder.

The Hungarian mother of Oscar-winning actor Adrien Brody is more remarkable than her son in many ways. She was renowned photographer Sylvia Plachy, and Brody was born in 1973.

Hidden away from the Nazis as an infant in Budapest, Plachy escaped Hungary as a 13-year-old girl after the 1956 Uprising, her family concealing her in a horse-drawn cart until they crossed the border to Austria.

From there, they reached America and she gained global acclaim as a photographer, her images featured in The New Yorker, The Village Voice and many other prestigious publications.

Among her many exhibitions, When Will It Be Tomorrow showed in Budapest at the Mai Manó House in 2015.

Brody, whose father Elliot is of Polish-Jewish descent, must have channelled much of his family background into his performance in director Roman Polanski’s war-time drama “The Pianist” set in the Warsaw Ghetto. 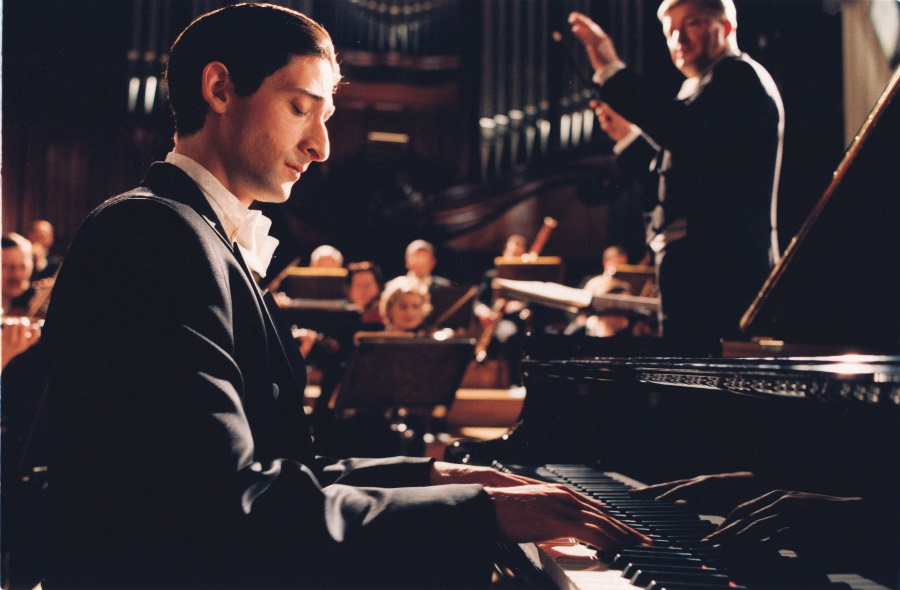 Brody remains the youngest actor to win an Oscar for Best Actor, age 29 in 2002 for that film. He played the outraged Dmitri in “The Grand Budapest Hotel” film in 2014.

One of the world’s most acknowledged war photographers was born Endre Ernő Friedmann in Budapest in 1913. Spending his formative years there, the later Robert Capa left for Berlin, then Paris, where he changed his name and found a new identity.

Earning acclaim for his work in the Spanish Civil War, Capa befriended author Ernest Hemingway, who describes him in “For Whom the Bell Tolls”.

Capa’s images of D-Day, shot when waist-deep in water and with the conflict raging, are among the most iconic of World War II. He died after stepping on a landmine when covering the First Indochina War in 1954.

He is most remembered for his 1936 photo “The Falling Soldier”, said to capture a militiaman at the moment of being shot and killed, but doubts have been cast on its authenticity.

In 2013, on the centenary of Capa’s birth, the Robert Capa Contemporary Photography Center opened in Budapest and continues to host challenging temporary exhibitions.

Pulitzer was born to a wealthy family of Magyar-Jewish origin in Mako, Hungary, in 1847. His father, a grain merchant, retired in Budapest and Joseph spent most of his boyhood there.

He headed for America to join the Civil War then made his way in journalism in St Louis. Pulitzer later took over the high-circulation New York World and joined the House of Representatives.

He made his fortune in American newspapers, and the USD2 million he bequeathed after his death in 1911 allowed for the prestigious Columbia School of Journalism to be established and his eponymous annual Pulitzer Prize, an award for achievements in newspaper, magazine and online journalism, literature and musical composition in the United States.

Some readers may have passed, even frequented, Budapest’s Toldi cinema, a bar and nightspot in its own right, without realising its greater significance (pictured below). 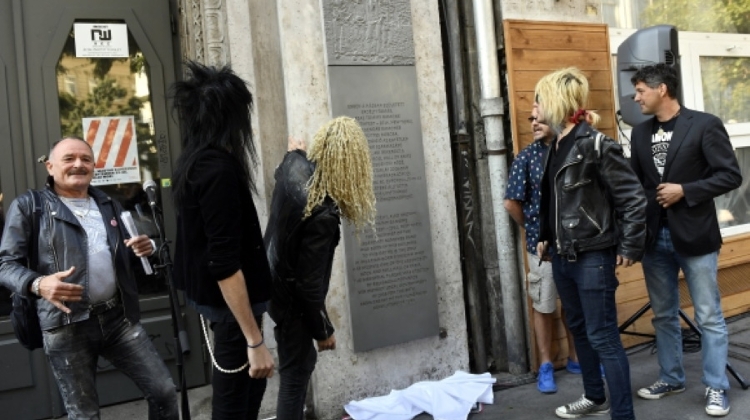 Right by the window is a plaque: this was where Tamás Erdélyi, aka Tommy Ramone, was born in 1949 and spent his early childhood. His parents had survived the Holocaust, hidden away by neighbours.

Erdélyi was taken to America after the 1956 Uprising and went to high school with the soon-to-be Johnny Ramone.

A founder member of the seminal band, drummer on their first three albums and the live one recorded on New Year's Eve 1977, Erdélyi played his last show with the band at CBGB, the famed New York City music club, in 1978.

The only Hungarian inducted into the Rock & Roll Hall of Fame, he was part of a bizarre show at the Hungarian Embassy in Washington in 2004, singing “Let’s Dance” with the then American ambassador to Russia and other incongruous bandmates. Erdélyi was the last of the Ramones to die – ten years after his old schoolmate Johnny in 2004.

Ten-time Grand Slam tennis champion Monica Seles is an ethnic Hungarian, born in 1973 and raised in Novi Sad just south of the border in the Vojvodina region of Serbia, once part of the Kingdom of Hungary. 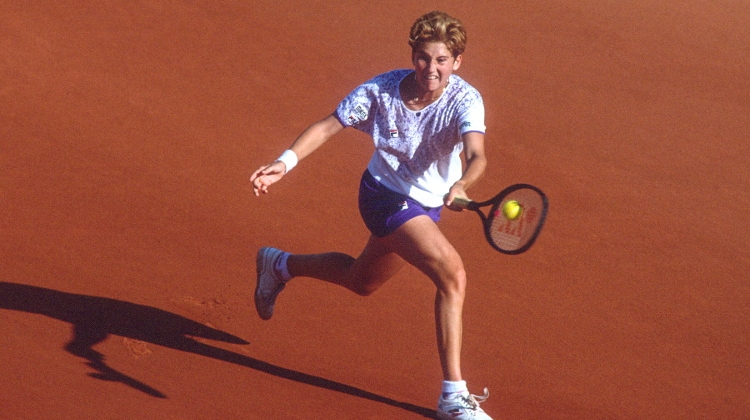 Moving to America in her teens, Seles received expert coaching and began beating the world’s best by the late 1980s. She represented Yugoslavia and the United States.

At the height of her fame she was stabbed in the back by a mysterious individual during a tournament in Hamburg. The perpetrator went virtually unpunished while Seles never got her career fully back on track.

Her last major tournament was in 2003 and four years later she gained Hungarian citizenship.

10 Hungarians Who Changed The World