10 Hungarians Who Changed The World 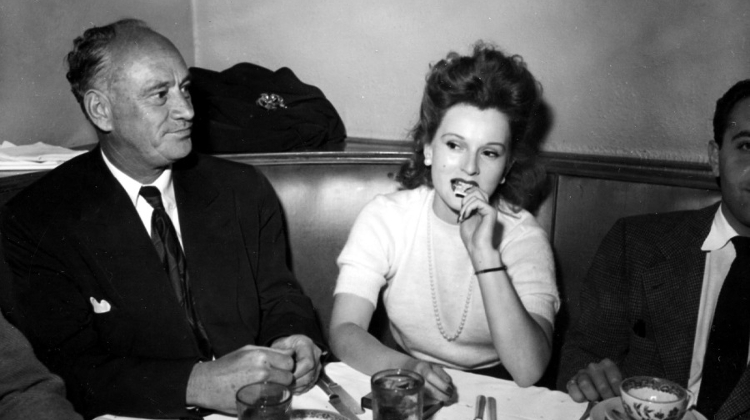 It is impossible to fit every Hungarian inventor into a simple list. However, the work of these 10 people definitely contributed to how we live our lives today.

Szeretlekmagyarország.hu posted a quite interesting video created by Hungarian YouTube channel Tízes lista. The creators of Tízes lista post their videos on a weekly basis.

They create various lists of the top 10 of something interesting or intriguing. You can check out their channel here.

Tízes lista collected 10 Hungarian people who had a major impact on the history of humanity. You have probably heard about all of these Hungarians before, but it is very satisfying to see them one by one, collected in one comprehensive list.

Ignaz Semmelweis, The Saviour Of Mothers

He was a Hungarian doctor who basically came up with the compulsory hand wash for doctors with the chlorinated solution before any procedure in order not to transfer lethal bacteria to other patients, especially mothers giving birth.

You might know him as Michael Curtiz, the creates director you never heard of, according to Tízes lista. He was one of the firsts to start directing silent movies, and he directed over 40 movies during his career in Hungary.

He later emigrated to the United States, where he was hired by Warner Brothers. In the U.S., he directed over 100 films, including the all-time-favourite Casablanca.

One could say that Zsazsa Gabor (Photo courtesy of Northfoto) was the first celebrity ever. She moved to the United States in 1941, and she became an actress.

Even though she received a Golden Globe and has a star on the Hollywood Boulevard Walk of Fame, everybody knew her name from all the drama that was surrounding her.

She married 9 times, one husband was always richer than the last one. She even went to prison for hitting a police officer. She was constantly in the centre of attention even after she stopped doing movies.

Hungarian engineer and businessman. He emigrated to the United States in 1957 and became the Engineer Director of the newly established company Intel.

Intel became one of the biggest microchip producers in the world. He was among the ones who laid the foundations of modern technology.

Judit Polgár fought for gender equality in a very unusual battlefield: on the Chessboard. She became an extremely successful Chess player and quickly became one of the 100 best players in the world.

She was also the first woman to be among the top 10 best players in the world! When she was young, only males played this highly strategic game, and Judit showed the world that women can also excel in a largely man-dominated field.

Most people know Albert Szent-Györgyi as the scientist who discovered Vitamin C. He was also the first scientist to receive a Nobel Prize for the work he has done in Hungary.

He stayed in Hungary during WWII, while worked as a spy to aid the Hungarian Resistance.

Ever heard of the Pulitzer Prize? József Pulitzer worked as a journalist in Saint Louise, where he quickly became famous for his satirical writings.

He later became a media mogul and moved to New York, where he laid the foundations of modern journalism, as well as introducing many new genres in journalism.

The list also contains Kálmán Tihanyi, a physicist and electrical engineer who invented the iconoscope which launched the era of electrical televisions; Ede Teller, the father of the Hydrogen bomb; and János Neumann who was a pure genius and was one of the most influential scientists of the world. There were no modern computers today if it was not for him.