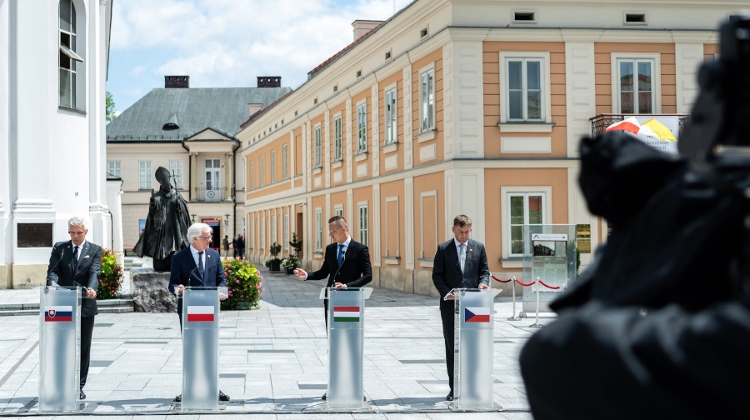 Central Europe has a good chance of becoming a winner in the new world order taking shape in the wake of the novel coronavirus epidemic, Foreign Minister Péter Szijjártó said in Wadowice, in southern Poland.

Speaking at the Visegrad Group meeting of foreign ministers, Szijjártó noted the solidarity exhibited by the Czech Republic, Hungary, Poland and Slovakia during the pandemic.

Despite the challenges, ties had strengthened, he added.In the post-pandemic world, countries that offer investment-friendly economies will have a competitive edge, he said.

Companies may weigh optimising production ahead of reopening; they will be drawn to countries offering low taxes, political stability and good infrastructure, Szijjártó said.

The Visegrad countries have good foundations for that role and must maintain reasonable economic policies and a secure economic environment to become winners in the competition, he added.

The pandemic has also highlighted new arguments for EU enlargement, Szijjártó said. If the bloc is to assume a position of power in the new world order, it will have to expand, he said, calling for the speedy integration of Serbia and Montenegro.