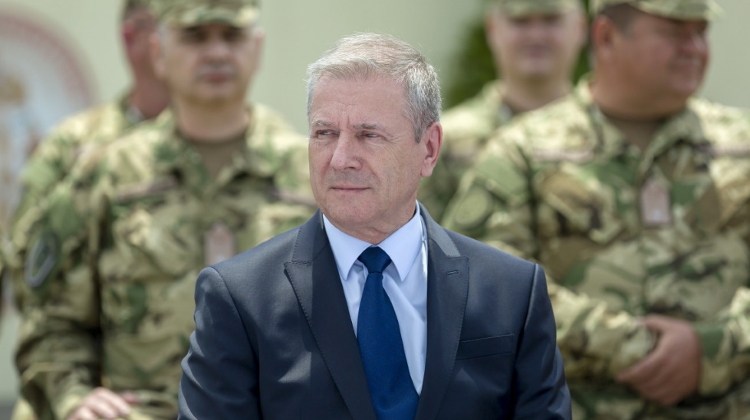 Hungary's defence spending will rise in 2021 to 1.66% of GDP, nearing the 2% spending requirement by NATO from member states, the defence minister said.

The central budget approved by parliament on Friday has allocated 778 billion forints (EUR 2.2bn) for defence purposes next year, up 162 billion forints from 2020, Tibor Benkő (pictured on top) told public news channel M1, adding that 25-30% of the funds will be spent on upgrades.

The first batch 12 Leopard 2 A4HU tanks is scheduled to arrive this summer at the army base at Tata from the German manufacturer Krauss-Maffei Wegmann (KMW).

The Leopard A4HU-s have been leased for training until a new batch of the highly advanced A7 types arrive in 2023, Brigadier-General Gábor Lőrincz, the commander of the tank unit at Tata, told Magyar Nemzet.

Tank drivers will start training in September in Austria before undergoing further training in Germany and Hungary later on, he said.

The Leopards are part of the Hungarian military’s 2026 Zrínyi comprehensive defence development programme. “With the Leopard 2 A7+HU model we will attain world-class status,” Lőrincz said.