Payment Of Compensation For Segregated Roma In Hungary Started 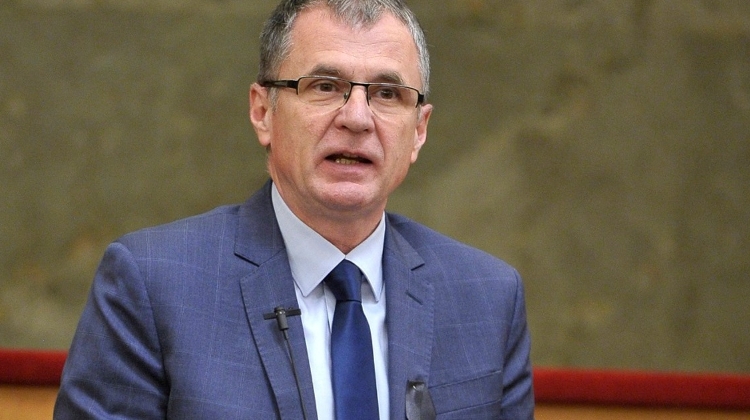 Half of the compensation payment stipulated by court for Roma who used to be segregated at school in rural northern Hungary was transferred to the beneficiaries on Friday morning and the other half will be paid within a month, the prime minister’s commissioner László Horváth (picture on top), a lawmaker of ruling Fidesz, said.

Horváth told a press conference in Gyöngyöspata that “the lesson has been learnt” and “this cannot be repeated anywhere else in Hungary in the future”.

A recent legal amendment supported by a great majority in parliament will guarantee that courts do not order financial compensation in similar cases, he added.

If anybody suffers disadvantage in education, it will have to be compensated by extra training and “no more money-making segregation lawsuits will be possible”, he said.

Horváth reiterated the government’s position that the court ruling concerning the compensation of a combined 100 million forints (EUR 285,000) was “unfair and excessive”.

“It resulted from a politically motivated money-making scheme which was masterminded, organised and implemented by a foundation whose main sponsor is [US financier] George Soros”, he said.

The Debrecen Appeals Court in September 2019 ruled that Roma children in Gyöngyöspata had been segregated unlawfully at school and their right to equal treatment was violated.

The court required the local authority and the school district to pay compensation to the children’s families for each year spent in segregation.

The local authority and the school district asked the Kúria, Hungary’s supreme court, to review the binding ruling last year but the Kúria upheld the Debrecen appeals court’s ruling.