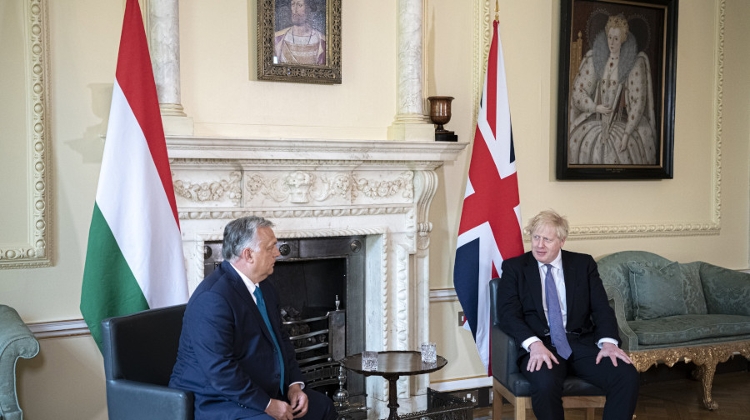 Hungary's task in its relationship with the United Kingdom is to establish new forms of cooperation with that country following its departure from the European Union, Prime Minister Viktor Orbán said.

Orbán said after talks with British Prime Minister Boris Johnson in London that Hungary and the UK had developed their relations during a period when they were both members of the EU.

That period is now over, he added. Orbán said his talks with Johnson had focused mainly on the future of Hungarian-UK relations, while also covering opportunities for cooperation between Britain and the Visegrad Group countries.

He highlighted the energy and defence industries as two “particularly promising” areas of their bilateral ties. Orbán noted that Hungary’s gas delivery agreement signed with Shell was the country’s first long-term energy deal that did not involve Russian energy suppliers.

Fidesz MEP Balázs Hidvéghi said in an interview on Sky News with journalist Adam Boulton that Britain and Hungary shared the same vision of Europe which involves free cooperation of sovereign nation states without an over-centralised and bureaucratic European Union.

While Hungary regretted to see the UK leave the EU, it is very important to maintain bilateral relationships, he said.

Over 140,000 Hungarians Seeking To Stay In Britain

So far over 140,000 Hungarian nationals have applied for permanent residency in the United Kingdom, according to figures published by the British Home Office on Thursday.

Foreign nationals in Britain who had legally established residence in the country before the end of 2020 will be allowed to stay, but they are required to apply for resident status.

Applicants have until June 30 to submit their request.