Bitter Sweet: The Secret History Of The Chocolate Industry 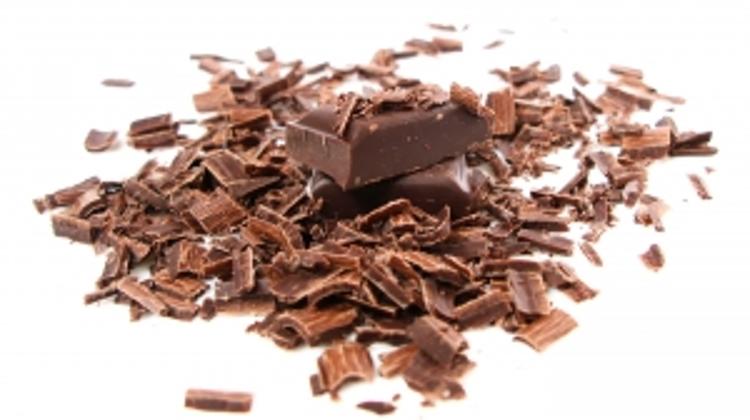 "One of my favorite movies as a kid was Willy Wonka and the Chocolate Factory (1971). What child did not want to win the golden ticket? Who didn’t want to see the mysteries hidden behind the tall walls of the factory? Who didn’t feverishly ride their bikes to the Penny Candy Store at every chance and buy sweets with grubby hands and hungry eyes?

Isn’t this why we worked for our allowance money? It was not until 15 years later in college that upon watching the film again after many years that I realized the film was actually about imperialism and colonialism. That while I was taking out the trash and mowing the lawn for 5 dollars a week, other children in the Cote d’Ivoire (Ivory Coast), Cameroon, Mexico, Ghana and elsewhere were literally slaves and worked to death by the thousands for those same chocolates. In fact, most do not know what they are harvesting or what it is used for.

Cocoa was first used by the Olmec in Mezo-America as a drink, so highly prized, that the Mayans and Aztecs later used cocoa beans as currency, not gold or silver. Cocoa pods are the size of butternut squash, containing grey-purple seeds the size of almonds in tan-colored pulp.

The pods are split and the seeds left to ferment and dry before being roasted. The Spanish first developed a triangular trade bringing weapons and salted cod to Africa, African slaves to the Americas (12-15 million) to work the cocoa plantations, and chocolate to Europe. It was Spanish priests and monks after Cortez conquered the area that began adding sugar and later spices to the brew. Chocolate’s pharmaceutical properties are thought to include theobromine and caffeine that stimulate and dilate blood vessels; Phenylethylamine which stimulates sexual drive; Serotonin , a mind-altering chemical that can relieve depression; and perhaps antioxidants. Up until the 1800s, Europeans still bought cocoa in pharmacies.

He later determined the right fat content to easily emulsify it for home preparation. In 1840, Quaker Joseph Fry attached a steam engine to Van Houten’s press. He also began to mix back some of the cocoa butter into the cocoa powder, and the resulting mass could then be molded into the modern “melt in your mouth” chocolate bar. Quakers were integral in the chocolate trade, because unlike other commodity production, they did not find it sinful. Another Quaker, Cadbury created the first box of bonbons in the 1860s, intimately linked chocolate to Valentine’s Day, and in 1875 introduced the first chocolate Easter Egg.

English investigative reporter Henry Woodd Nevinson began investigating the cocoa trade about this time. The Portuguese-controlled islands of Sao Tome and Principe (Cameroon) were both the leading producers of cocoa, as well as the location of some of the worst abuses. The Portuguese brought salve labor from Angola, none of whom ever returned home.

The British Government turned a blind eye to the Portuguese practices because they did not want dirt dredged up about their own use of slave labor in the gold and diamond mines of South Africa. Twenty years after the first reports, neither the British Government nor the supposedly socially-concerned Quaker chocolate magnates had done a thing to stop the slavery. Cocoa production was not the only commodity based on slave labor, nor was the worst abuses in this sector, but Cadbury, Rowntree, Fry, and others had made chocolate special, a symbol of joy, an innocent pleasure; but in reality it was made with blood, death and slave labor. Because of chocolate’s symbolism, people expected a higher corporate and moral standard from chocolate companies than the diamond and gold pillagers.

In 1887, Swiss Henri Nestle blended milk with cocoa solids to create milk chocolate. Hersey later used condensed and powdered milk to the same effect in the US. Meanwhile, UK companies moved their operations to Trinidad and Jamaica, partly because their plantations in Africa were being decimated by disease, but also to avoid scrutiny. Corporations imported slave labor from China and elsewhere to work the new plantations. In 1910, the US passed a law prohibiting the import of cocoa produced with slave labor. However, US companies controlled sugar production in Cuba, a major component in chocolate, with slaves from China and Africa.

While cocoa plantations in the Americas were in turn destroyed by disease, and companies relocated to Africa again, Mars and Herseys joined forces to produce Smarties and M&Ms. The Gold Coast (Ghana) in turn became the world leader cocoa production, but were then surpassed by the Ivory Coast in the 1980s. Benevolent dictator Felix Houphouet-Boigny converted the country’s economy and bet the country’s future on cocoa i n the 1960s.

But by the 1990s, the country had descended into poverty, chaos, war and child slavery. Child trafficking from Mali and Burkina Faso to the cocoa plantations in the Ivory Coast assisted the country in continuing to supply over 50% of the world’s cocoa. “Child slavery had become the secret ingredient in chocolate.” UNICEF and the US State Department estimated that more than 15000 child slaves worked the plantations in 1998. Children in the thousands were being enslaved and abused – for CHOCOLATE. The Mali Government did very little to stem the practice, since the country depended on trade with its neighbor.

US Congressman Eliot Engel introduced a law in 2001 that would have created a “slave free” label for chocolate like the “dolphin safe” label for tuna fish. Senator Tom Harkin joined him in the fight. However, the Senator had already learned that there was a fine line between human rights and economic necessity. Harkin had introduced the Child Labor Defense Act in 1992 that boycotted goods manufactured with child labor. Bangladeshi garment manufacturers panicked and 50000 children were fired, who then took on even more dangerous jobs like rock crushing to help support their families. The balance is to “find a way to take the hazards out of the work, not the child out of work.”

Big Chocolate hired Bob Dole and George Mitchell to lobby against the bill. The resulting wrangle produced an industry voluntary agreement called the Harkin-Engel Protocol that delineated six points to eliminate child labor in the cocoa chain by July, 2005. However, the protocol was voluntary, and did not include provisions for a fair wage, or a fair price for the beans.

In 2002, the protocol was adopted by Big Chocolate worldwide, becoming the International Cocoa Initiative. Simultaneously, an industry-funded investigation found that while there was no slavery, 284000 children worked in hazardous conditions on cocoa farms in West Africa, two-thirds of these in the Ivory Coast. The International Labor Rights Fund rejected the protocol and filed suit using a 1930 US law that prohibits the import of goods made by slaves.

Big Chocolate did not make the 2005 deadline - not even close. They are now setting up a small pilot project in Ghana, now the biggest producer of cocoa along with Indonesia. The International Labor Rights Fund filed a class action suit against Nestle, Cargill and Archer Daniels Midland for trafficking, torture and forced labor on behalf of former child slaves.

Smaller chocolate producers took the lead in “slave free” or socially-conscious chocolate, later integrated into the Fair Trade system. Green & Blacks became the first Fair Trade chocolate in 1994, its signature product being the Maya Gold chocolate bar. High school enrollment for farming families supplying Green & Black have gone from 10% to 70%. If farmers are paid, they normally get around 25 cents/lb., whereas in the Fair Trade system they are guaranteed a minimum of 89 cents/lb. plus premiums.

Fair Trade started in The Netherlands in 1988 with the Max Havelaar brand. Fair Trade is a system in which:
-Trading partnerships are based on reciprocal benefits and mutual respect
-A fair price is guaranteed to small farmers and producers for their products
-Prices paid to producers reflect the work they do
-Workers have the right to organize
-National health, safety, and wage laws are enforced
-Products are environmentally sustainable and conserve natural resources

Easter marks one of the biggest shopping days of the year when it comes to chocolate. By purchasing organic and Fair Trade chocolate, your money will no longer be going towards toxic pesticides, child slavery, and farm worker exploitation. For Easter, buy something made with hope and love, and help small farmers in the Third World break out of the cycle of poverty. Treehugger Dan’s Fair Trade Center has Fair Trade organic Easter eggs, chocolate bunnies, chocolate bars, mango bars, sesame bars, gummy bears, chocolate covered cashews and almonds and Brazil nuts...

For example, for our Fair Trade organic chocolates, cocoa butter and mass comes from Bolivia, Philippines, Ghana, Paraguay, Costa Rica...depending on the chocolate, plus other Fair Trade and/or organic ingredients from elsewhere.

Treehugger Dan’s Fair Trade, University and Foreign Language Book Center
Open: - Nov to March Mon to Sat 10-18:00, April to Oct Open everyday 9am to 8pm
Located directly in the heart of Budapest just off Deák tér!
1052 BP, Süto utca 2. (just off the square in the courtyard of the building with the McD's and Tourist office). Just look for the bikes!

Bitter Chocolate by Carolyn Off"