Weekend Trip From Budapest To Manchester 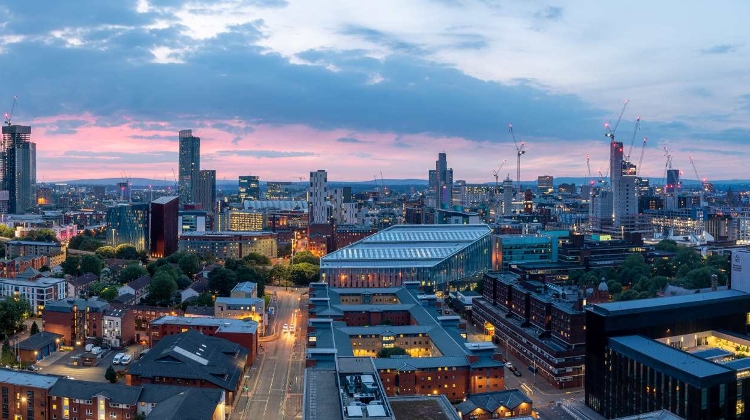 When expats chat about taking a weekend break in the UK, London is usually the city on their itinerary. Now Malev Hungarian Airlines is history the number of flights to the English capital has decreased, prompting more travellers to consider exploring Manchester, the 'second city of the UK'.

At the time of writing, Jet2.com operates the only direct flight from Budapest to Manchester. It’s good to be able to give a positive report about that service to one of the most creative cities in Europe, birthplace of LS Lowry; Emmiline Pankhurst; Morrissey; Steve Coogan; and Liam & Noel of Oasis. 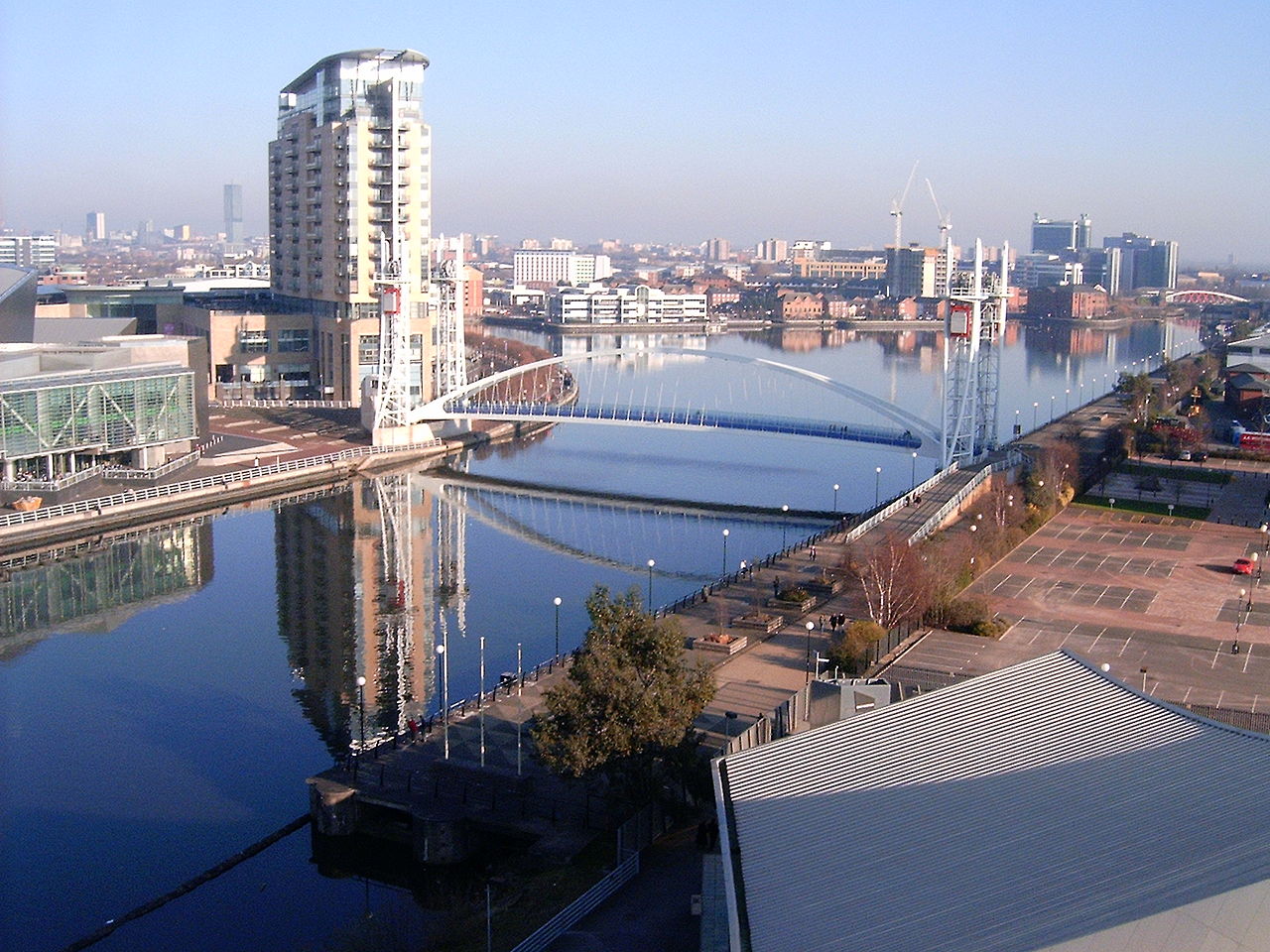 Impressive glass skyscrapers and striking modern architecture is now a familiar sight in this vibrant city. Manchester was the world's first industrialised city, now it's a fine example of excellent regeneration schemes; impressive architecture and varied visitor attractions - note the downtown giant 'Big Wheel' will close in April to make way for a big screen to show the London Olympics.

In terms of visitors from abroad, Manchester is the third-most visited city in the UK after London and Edinburgh. Jet2.com, the UK based airline, operates services to over 50 destinations; including Edinburgh to/from Budapest. This 'friendly low fares’ airline sets itself apart from low-cost carriers by providing allocated seats, and points for free trips.  The flight times to Manchester from Budapest are great, as is the option of a 22kg bag allowance which is bigger than no-frills airlines.

Given that Manchester is 257 km (160 miles) northwest of London, flying directly from Budapest is by far the most convenient way to visit the hometown of the Mancunians, the football grounds of Manchester United and Man City, and modern malls like The Trafford Centre and the UK's largest inner-city shopping plaza The Arndale Centre.

Manchester is so much more than just premiership soccer and shopping, this university city is also the night-life and cultural hub of the North of England. A prime example is The Lowry, Manchester's waterfront home for the arts and entertainment. Free to enter and open all day, every day, The Lowry is there to be explored and enjoyed by everyone interested in a spot of culture - there are good provisions for children too.

It's a showcase for internationally renowned theater companies, plus some of the very best in entertainment including stand-up shows - click here to see what's on now at The Lowry  - as well as galleries displaying the works of LS Lowry alongside contemporary art and photo exhibitions.

Currently the Chinese State Circus is in town, entertaining families with an action-packed new show: "Ying Yang'. Visitors to the Lowry can choose between such international performances; West End plays and classical ballet, to live bands and famous comedians in either the intimate Quays Theatre or the dramatic Lyric Theatre. Both theatres continue to build on the reputation they have already achieved for diversity, quality and internationalism, and are becoming known as one of Europe's best venues for live entertainment.

'The Quays' is also home to the Lowry Outlet Mall, Greater Manchester’s only factory outlet which offers shoppers a 7 day a week quayside discount shopping experience. There is a seven sceen Vue cinema within the complex which offers family deals and kids specials during school breaks.

The picturesque waterfront development at Salford was one of the first and largest urban regeneration projects in the UK after the the local dockyards closed in 1982. Officially opened by Queen Victoria in 1894, Salford Docks was the larger of two sections which made up the once prosperous Manchester Docks.

It's well known Manchester was at the forefront of the Industrial Revolution in the 19th-century, today the city's economy is now largely service-based and increasingly visitor friendly. There is a wide range of decent accommodation available to suit every taste, at Salford Quays the modern Ramada Manchester Hotel is a first-choice option. 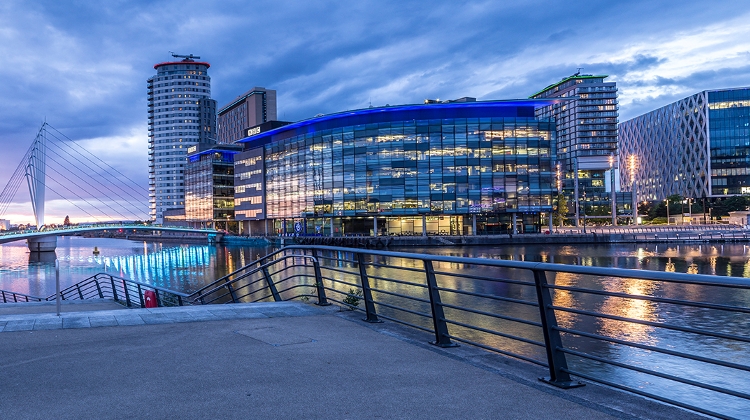 With its great quayside views; easy access to the city centre for shopping and after-dark entertainment; close proximity to the superb Lowry; and with premiership football within easy reach, this Ramada property is really near the heart of all the action. So you might want to make it a long weekend stay, and reserve a room on the 8th floor to enjoy the panorama above.

It's well-worth exploring the area around the hotel, as there is a rich and diverse history to discover as you wander between varied attractions, including the award-winning Imperial War Museum North; the world-famous Lancashire County Cricket Club; and Ordsall Hall the Grade 1 Listed manor house.

Entry is without charge, like many public places of interest, allowing visitors to freely discover around 800 years of local history. Since 1210 Ordsall Hall has been home to medieval gentry, Tudor nobility, an Earl, an artist, and apparently several ghosts. This family friendly attraction has fun activities for children, particularly during the school holidays, and there is a cosy café too.

Manchester has seen its fair share of fine food and drinking establishments come and go over the years - naturally the best survive and are updated to reflect modern trends. One such venue worthy of mention is Browns Bar & Brasserie - formerly the popular Athenaeum pub. Still swanky yet affordable, this iconic Manchester eatery was originally one of the city's opulent banking halls. The downtown building is an outstanding example of Edwardian baroque, with some increasingly fashionable art nouveau detailing, now with a modern menu and contemporary selection of drinks.

Also in the city centre is a family friendly joint which offers an all-you-can-eat journey around the globe. Manchester's Red Hot Word Buffet in Deansgate is a real adventure for Asian food lovers, especially in the evening when sushi is included in the fixed price.  Reservations are a must, as is the need to arrive feeling hungry given there's so much to taste.

When it comes to refreshments, The Quays has it covered with venues for coffee or cocktails, a lingering lunch or a pre-theatre dinner, family friendly food or fine dining. Whether it's a light bite between site-seeing; after a tour of Old Trafford; or a relaxing meal as part of your weekend break, you can take your pick.

Frommers is a fan of The Lowry Restaurant at Salford Quays, describing it as a citadel of good food within an avant-garde, ultracontemporary setting, "Most dishes are light and completely in step with the tenets of modern Continental cookery".

The Quays is also home to MediaCityUK, designed around the specific needs of the media industries, in a region with a strong reputation for its creative talent. To keep the locals well fed, there are one or two decent restaurants to be found around this new development. It's the north of England base for the BBC and ITV, featuring one of the biggest HD TV studio complexes in Europe, adding further to what's now a truly 21st century city.

In closing it's only fair to mention that Manchester, like most of the British Isles, experiences what’s know as a maritime climate - meaning there’s regular but generally light rain throughout the year. Don't panic if it pours down, there are plenty of indoor attractions to choose between in the UK's third largest conurbation. Just remember to pack an umbrella and check-out any of the following to complete a great weekend break: