Another Automobile Industry Project In Hungary, This Time In Veszprém 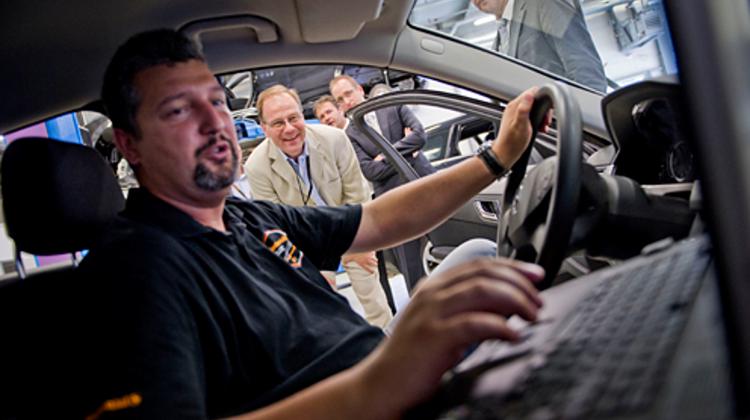 Continental Automotive Hungary will create 150 new jobs in the town of Veszprém. The company has extended its manufacturing floor space by virtue of a project worth HUF 2.8 billion which was inaugurated on Friday. The Government supported the job-creating project with HUF 512 million from the resources of the New Széchenyi Plan. The event was attended by Deputy Prime Minister, Minister of Public Administration and Justice Tibor Navracsics.

Tibor Navracsics stressed the importance of the project for the development of the town at the inauguration ceremony, and said that, thanks to the development, 150 families may find confirmation that work is the means to make progress, one may make advances in life based on merit and quality work is rewarded.

Bernhard Klumpp, Executive Vice President of Continental Automotive’s Business Unit, Passive Safety and Sensorics said, they manufacture various sensors in Veszprém. Veszprém is the European development centre for the production of sensors; this is where electric braking systems are developed and tested and this is also where software developments are created for Continental’s engineering services.

The Veszprém plant was established in 1993; the development of wheel sensors began in 1997. Software development was introduced as a new activity in 2000, the plant became the centre for sensor development a year later and a test track was opened in 2009 for testing electric brakes. In 2010, the company launched a master training course in cooperation with the Pannon University.

As of 2003, the Veszprém plant also manufactures position sensors and intelligent battery sensors, and the production of sensors for heavy goods vehicles will begin next year. Continental employs 167 thousand people in 46 countries around the world and based on its sales revenue of EUR 30.5 billion in 2011, it is one of the world’s leading automobile industry suppliers. They have five companies and seven sites in Hungary and provide jobs for more than six thousand people.