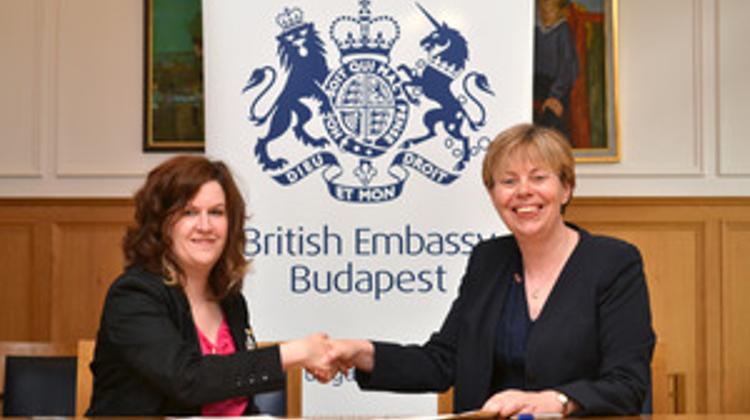 Deputy Head of Mission Theresa Bubbear commemorated the International Day Against Homophobia and Transphobia (IDAHO) by signing a contract of support with the Chairwomen of Budapest Pride.

As a result, similarly to past years, the British embassy has become one of the sponsors of the cultural events of the week-long Budapest Pride Festival, Hungary’s largest annual LGBT event, which will take place between 30 June and 7 July this year.

Lesbian, Gay, Bisexual and Transgender rights remain a key issue in the Foreign and Commonwealth Office’s human rights work. The British Embassy in Budapest has also been highly active in promoting tolerance and diversity. In February, the embassy hosted some of the events of the First Hungarian LGBT History Month, which Theresa Bubbear co-opened. In March, building on past years’ successes, the embassy organised the Third Human Rights Movie Day.