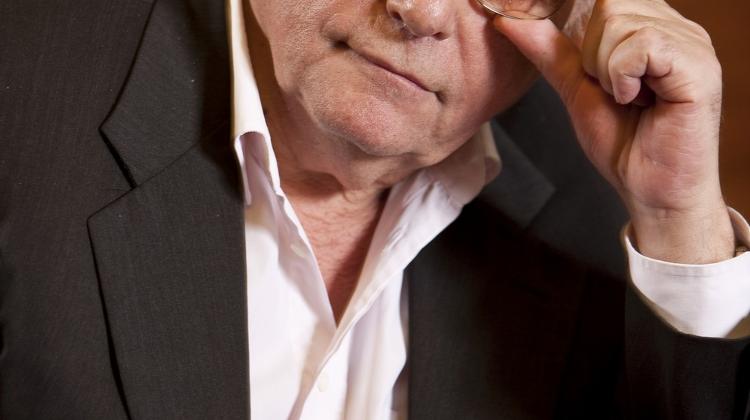 “For money one needs to have a strong character”- said one of the richest businessmen in Hungary Mr. Sándor Demján, who celebrated his 70th birthday on the 14th of May. Mr. Demjan, an investor and philanthropist is undeniably a living legend, finding the way to succeed next to all the tough leaders of the country starting from János Kádár, through Gyula Horn, up until the present Viktor Orbán.

Mr. Demján is the man of words, who is never shy to form an opinion. He often anticipated the weak points of the relevant economic situation, which usually became an existing problem later on.

The billionaire was born in a small Romanian town and was raised between very difficult circumstances. He lost his father during World War II, and lived in an orphanage for a long time, where he was working as a water bearer. When people asked him, what he wanted to be when he grew up his answer was “A Hero”. Technically speaking the dream came true, and he turned out to be an emerging leader, a great entrepreneur, who has retained the humane side of his.

During an interview in 2003, when he became the freeman of the University of Economic Sciences and Public Administration in Budapest, he said: “In order to have a lot of money one needs to have a strong and stable character, diligence, some talent, and a whole lot of luck. But if someone doesn’t remain servile and grateful, the luck could easily fall away.”

He announced in an interview in 2012, that he intends to donate a substantial portion of his wealth to charity and another smaller portion stays with his family once he passes away.

Despite the challenging childhood, he never gave up his studies and successfully graduated from the College of Commerce and Catering. After receiving his diploma, he took up a job in the field of commerce, where his talent evolved quickly and he quickly found himself in a higher position.

Between 1973-1986 he created the first market-based department store Skala, which worked quite well according to the circumstances at the time. The country’s first commercial bank, the Hungarian Credit Bank is also connected to his name. Under his leadership, the bank helped successfully channel into the country investments of almost $1 billion by Western companies, which greatly contributed to the separateness of the Hungarian economy.

From the 1990s he started focusing on the real estate market, and shortly after the Bank Center and Polus Center (Hungary’s first shopping mall) were born. Throughout the years, he built up the huge Westend City Center in the heart of the city, the National Theatre and the Palace of Arts, which is known of its world famous concert hall and its great endowments.

TriGranit, a property development firm was established in 1997 in order to build houses, offices, and hotels to keep up with the fast-paced economic growth in the region. The construction company soon became one of the biggest and most successfully operating businesses in Europe.

In 2003 he founded his own award system the Prima Primissima, which aims to preserve the achievements of the Hungarian intellectuals, and to improve the domestic science, art, and cultural standards. In cooperation with American businessmen the Film Studio in Etyek opened its doors in 2007, named after the famous Hungarian-born British film producer Sándor Korda. Visitors can enjoy the famous mini-Hollywood, the Korda FilmPark from the year of 2011.
Mr. Demjan, an ambitious individual brought an effective and constructive change in anything he started.

As a holder of numerous awards and medals, the former orphan, a true example of a self-made hero, showed the world, that with hard work and endurance dreams can be achieved.