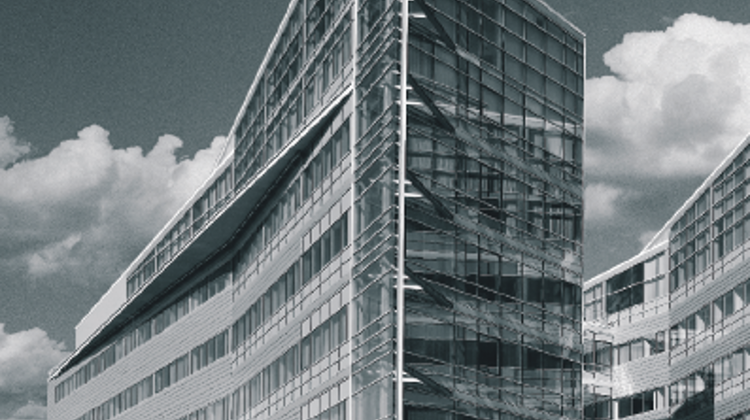 The new owner of Alkotás Point invested a record sum of almost HUF 2.5 billion in a series of major development projects in 2012 and 2013. The Chicago-based Heitman Group, which purchased the award-winning office building through its property fund management company Heitman European Property Partners IV (HEPP IV) last January, forged ahead with the building’s reconstruction and the incorporation of environmentally friendly solutions despite the economic crisis. The rejuvenated building was unveiled on 26 June 2013 at a creative “room escape” event.

Alkotás Point was acquired by its new owner, Heitman European Property Partners IV (HEPP IV), on January 2012. As one of the leading property investors in the Central and Eastern European region, the real estate investment management firm disposes over more than four billion euros in assets in 15 countries in Europe.

The event was opened by HEPP IV’s portfolio manager David Brodersen, who confirmed that the company has carried out numerous high-profile acquisitions and investments in the region since 2000, spectacularly boosting its business presence, which is a good illustration of the confidence placed in the success of Heitman’s local project, and the company’s long-term commitment to the Hungarian market.

The office building, offering almost to 25,700m2 of rental space, remains as popular as ever. Thanks to the latest improvements not only has it retained its existing clients, but a further 12,500 m2 has been let to existing and new tenants. The owner of the property embarked on a EUR 2.5 million investment in the maintenance, reconstruction and modernisation of the property in 2012 and 2013, with the coordination of the landlord and facility manager AIG/Lincoln Kft. Zsuzsa Fekete, head of sales at AIG/Lincoln, said that the developments at Alkotás Point in 2012 included an overhaul of the energy control system, as well as an upgrade of the entire air handling structure and lightning protection system.

At the beginning of the year, all the taps in the complex were replaced with modern, energy-saving fittings, which has facilitated a dramatic reduction not only in the quantity of water used, but also in the energy needed to heat it.

Furthermore, this modern office building located on the Buda side of the city has been rejuvenated with a lobby that blends seamlessly with the airy space, refurbished lifts, the installation of an up-to-date entry and car park management system, and the addition of a green roof terrace. June 2013 saw the completion of the construction work on the building's café and open-air terrace. Other convenient facilities available to tenants include the rejuvenated restaurant, a car wash, bank branch, 24-hour security service and the services offered by the Medicover Health Centre.

In response to needs that have arisen due to the economic recession, smaller “incubator” offices, which are available for shorter rental periods, have also been established. At present an additional 4842 of the building is given over to providing rental opportunities specially configured to suit the needs of smaller clients.

The more adventurous among the guests at the event on 26 June 2013 had a chance to test themselves in a popular “room escape” game in one of the wings of the building, where getting out depended on intelligence and teamwork. The path to freedom led through a series of combination locks, conundrums, riddles and mechanical puzzles.

Owing to the constant investments, its flexibility and capacity for renewal, as well as to its competitive management team, Alkotás Point remains one of the most prestigious office complexes in Buda, at the western gate to the city of Budapest.