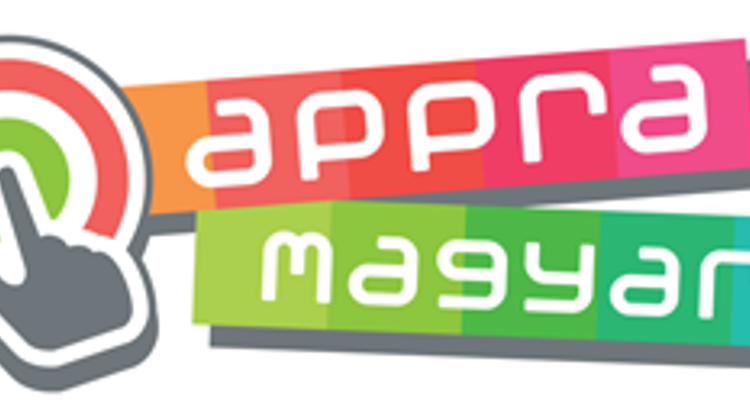 The Information and Communication Technologies Association (ICT) is to launch an application development contest under the title Appra magyar!, with the aim to create a tradition, the association announced at a press conference in Budapest on Thursday. The organisers of the contest are interested to find the best Hungarian mobile applications in the past over a year.

The contest, the main patron of which is the Ministry of National Development (MND), aims to acknowledge the most outstanding application development performances in Hungary as well as to disseminate the conscious use of mobile tools. The contest was initiated by Microsoft and is sponsored by Apcom, eNET, Hungarian Telekom, T-Systems Hungary and Telenor.

Elaborating on the international situation of the application development industry, Minister of State for Infocommunication of MND Vilmos Vályi-Nagy, the main patron of the contest, mentioned that ministers responsible for the sector had passed a package of measures in Paris a few days before with the intention to close Europe’s development gap in mobile application development and the use of innovative tools and catch up with the competitive advantage of American companies dominating the market.

It is important for Hungary, too, to have as many application development companies as possible, the Minister of State underlined. The few companies existing in the sector do not yet have a market volume enabled by the market potential. This is one of the reasons why it is important for us to support any initiative that could contribute to making our everyday life simpler and easier through the development of applications and mobile solutions, he pointed out.

Considering the above, the ministry makes efforts to devote as much funding as possible to developing the sector and in the coming seven-year period both the European Union and Hungary as a member will “expressly provide extra support for the industry”, Vilmos Vályi-Nagy emphasised. The issue is not yet in the official programme of the EU Digital Agenda 2020, "because of which we have initiated complementing it by supporting the development of the mobile industry and related infrastructure”, he added.

President of ICT Tamás Laufer noted that in Hungary, a country with a population of 10 million, there were almost 12 million mobile phones in use and some 3.5 million people used a smartphone that outperformed personal computers of older models. We must appreciate that the PC-era has come to an end, he said. Recognising the latter, mobile application has started to develop at a great pace, traditional IT developers, too, have adapted to the new conditions and have appeared at the market with mobile versions of their applications as well. In the year 2011, Hungarian software export was HUF 180bn, of which the added value was HUF 160bn: 7 per cent of total Hungarian exports. According to calculations by ICT, Hungarian software export, if given the necessary support for the industry, could even double within five years.

ICT launches nationwide education programmes to mobilise young people to join the Appra magyar! programme (the name of which is an allusion to a well-known Hungarian poem) with their novel ideas. The association furthermore encourages participants to develop their applications not only in the Hungarian but also in the English language, targeting, instead of the Hungarian market of 3.5 million, a market of 1.5 billion users, ICT President Tamás Laufer said.

The applications written in any platform, Android, Microsoft or iOS operating system and made downloadable from the relevant market place after 1 July 2012, may be entered to the contest from 26 September to midnight, 8 November, 2013. Applications can also be entered by customers for whom these have been developed, but the award will be due to the developer. The award ceremony is to be held on 5 December, it was announced at the press conference.

The exact conditions of the platform-independent contest are available to read on the website http://appramagyar.hu/. Arising questions can be discussed on the Facebook site Appra magyar!.