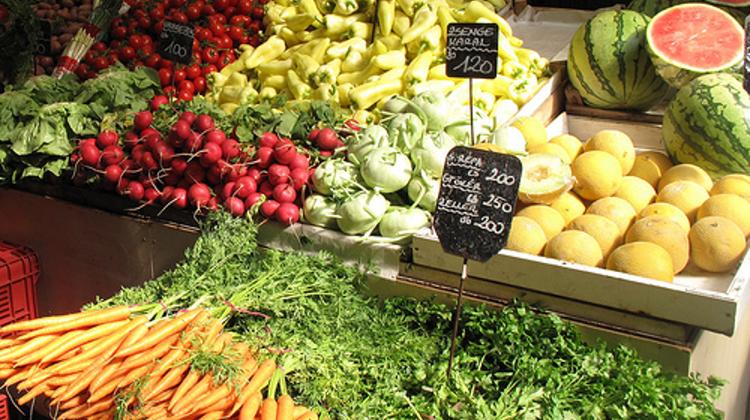 Italian documentary director/producer Stefano Tealdi questions the saying that the way to town’s heart is through its belly, that is, its market, because, in his view, the market is a town’s very heart. What can a foreign filmmaker show us about the Central Market Hall of Budapest (Központi Vásárcsarnok)?

Several countries have been cooperating in making the five-part documentary Food Markets –In the Belly of the City with the Media Support and Asset Management Fund (MTVA) being the partner for Hungary. The director of the series, Stefano Tealdi conducted a master class at the Academy of Drama and Film in Budapest on November 16. After screening the episode about Hungary, Tealdi talked about the circumstances under which the series was filmed.

As it turns out, finding the funds was difficult. The idea first came up in 2008 but a detailed plan was only finalized a year later. It was decided to avoid “talking heads” and focusing on a central character in each of the episodes.

Tealdi chose the unbeaten path of relying on local crews to have each episode made. That’s how producer Judit Stalter came into the picture in Hungary. It was tough to find coproducers and channels that would broadcast the finished documentaries. The latter was a precondition for sponsorship set by the MEDIA Program of the European Union.

In one country the project almost collapsed when the owners of the local coproducing firm divorced. But eventually each of the five episodes has been completed. They were made in Barcelona, Budapest, Lyon, Turin and Vienna.

In Germany and France the series attracted some 300 000 viewers but in Italy many times more, and the reviews tended to be favorable. When Tealdi revisited the venues of each episode, many vendors told him that their new customers first saw those market halls in the documentary concerned.

Needles to say, Budapest benefits from the series, especially because the episode on the Central Market Hall is well made. It offers vignettes of vendors, suppliers and regular patrons. Viewers learn how intimately the gastronomic outlets and the suppliers of produce from the countryside in Hungary are interconnected and interdependent.

The Central Market Hall has among its regulars Ádám Gögge, a young entrepreneur who has a promising takeaway soup chain, and veteran restaurateur Tibor Rosenstein. [rosenstein.hu/en/]. In the film Rosenstein quotes her grandmother’s definition of a kosher cuisine. “Kosher is that tastes well.”

Also shown in the film is Lajos Takács, chef of Olympia Restaurant when the film was shot, who is considered a central figure of Hungary’s gastro-revolution.

The segment about Hungary also takes viewers to Seregélyes, Fejér county, to learn about daily life at a beekeeping farm, and Vecsés, Pest county, home to sought-after pickles. Aunt Marika is running a family enterprise there, and many of her middle-aged customers first met her pickles as toddlers.

The essence of a market hall is that it becomes part of your personal history. Take the example of an operator of a home restaurant. He is a regular today because as a child it was his job to help his grandma take home the heavy shopping bags.

Each market hall has it unusual, perhaps even weird, local personalities and a local vocabulary. There is, for instance, an inexpensive pub in the Budapest Market Hall – run by a certain Miss Gizi – where the various types of black coffee are named after weird customers or their stock jokes.

The picture presented by the film about Hungary is unfortunately rosier than reality. Many of the vendors buy from foreign-owned wholesalers rather than from domestic farmers. Rosy or not, it is encouraging to see in the film that some foreigners have unrestrained enthusiasm for Budapest and the Hungarian countryside.