Hungary: Loving It, Leaving It 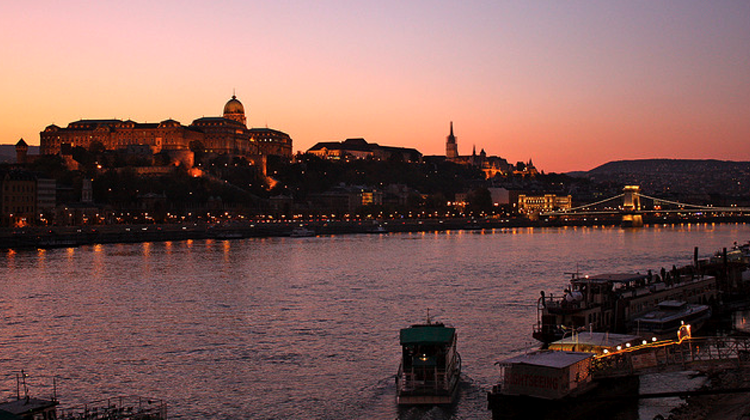 By David Landry: When I first came here, local folks mostly asked me “Why Hungary?” Now when I tell them I’m leaving, they say “It’s a good time.” So what has happened in the past 19 years?

I first arrived in Hungary in 1995, wanting to see a bit of the world outside of the USA and especially the part of Europe we’d heard about from national TV newscasts reporting seemingly daily on the sometimes violent (as in Romania) but always exciting transition from the Soviet-supported communist governments we were told would always stand. A half-dozen years after Gyula Horn et al opened Hungary’s borders to the West, the time was already referred to as those of The Changes.

With a few hundred dollars and three years in journalism to my credit, I decided to stay in Budapest for a while – today I suppose this made me one of those exploitive speculators about which Prime Minister Viktor Orbán enjoys speechifying. After weathering the winter of 1995-96 – all jokes and hyperbole aside, that was one long, cold and brutal season – I discovered a culture that was friendly and welcoming of foreigners. In general, Hungarians lived up to their well-noted reputation as excellent hosts equal parts clever and open-minded. And if they liked the new McDonald’s and Adidas outlets a bit too suspiciously much for my personal liking, well, who could blame them after decades of inhuman oppression?

A few years passed as I worked at the now-defunct Budapest Week newspaper. The national election of 1998 meanwhile saw the rise of Orbán and his “Young Democrats”, i.e. Fidesz, party. Quite the angry bombasts this bunch seemed, though the nascent demagoguery couldn’t hold a torch to the likes of the József Torgyán-led Smallholders Party: Those guys were the ones most foreigners living here at the time figured were the ideological threat to Hungarian social progress.

Nevertheless, the one-time rebel Orbán and his cadre squeaked into a parliamentary majority on a wave of xenophobic philosophy stirred up by the party itself. Shortly after the win, I whipped up an editorial entitled “Viktor Orbán Scares Me,” a somewhat tongue-in-cheek riff on a guy whose campaign seemed as simple-minded as one of, say, Ronald Reagan during the Cold War 80s.

However, the Week's Hungarian staffers reckoned that the newspaper should not run such a piece for fear of retribution. “Viktor Orbán runs a tight ship,” summarized one and thus the piece never ran. Personally, I thought this was something of a capitulation, a surrender counter to principles of free press supposedly backed by the Western powers but ultimately figured I may have been exaggerating a tad anyway.

Surely history runs only one way, I reckoned, and the Orbán-led government demonstrated its eagerness to continue on the Socialist-begun path to European Union entry regardless. Heck, one year earlier the populace had overwhelmingly voted in a referendum to join NATO and a nearly identical massive majority backed EU accession at the ballot box. Additionally, the Fidesz government proved feeble in its inability to resist continued devaluation of the national currency and the progress of multinational interests sinking roots deeper into Hungary.

But it was shortly thereafter when things headed distinctly southerly.

Who could have foreseen the well-beyond embarrassing, nearly overnight meltdown of the entire left-wing in 2006 thanks to then-prime minister Ferenc Gyurcsány’s bizarre swaggering rant? Surely far fewer than that tiny majority graced with the foresight to predict the international banking crisis which would soon follow.

Over the course of two to three years, the international community would experience a dramatic shift matched only by The Changes of the late 80s/early 90s. Thanks to a turncoat within the MSzP ranks, any semblance of a rational, realistic multi-party democratic system was shattered instantly and Orbán’s Fidesz swept into a constitutional majority, their rhetoric refined and enhanced after learning the lessons of their failed first term.

At this point, I figured that things certainly did look bad but surely even a would-be iron-fisted leader must answer to the greater concerns of the EU; after all, Hungary’s reeling economy during the days of global financial crisis has been steadfastly propped up by European funding. (In 2012, for example, some €4.7 billion in EU funding was allocated to Hungary as compared to an approximately €96.6 billion GDP; additionally, a whopping 99.8% of public investments were financed from EU funds during the budget period in question.)

And while the Fidesz-led government’s reaction to international banking interests held responsible for the economic woes of the past five to six years is certainly extreme, would said interests have been pleased with Iceland-style retribution? Would the Hungarian people have been happy with an Obama-like capitulation of a comprehensive bailout? Probably not.

Looking back today, I’m not sure when the final straw that got me to thinking of leaving this country I’ve grown to admire and love was placed – but it has certainly come within the past year or two. Maybe it was the ham-handed, straight-up lame “campaign” put together by the leftist parties in this year’s elections. Maybe it was the flap over the so-called memorial to the Holocaust. Maybe it was the shift in attitude by MTI that has transformed the national news service into a Newspeak-esque mouthpiece for the sitting government. Maybe it was the repulsive new photography law or what amounts to a government-mandated cap on free speech online. Maybe it was the naming of an unabashedly racist former skinhead to the post of deputy speaker of parliament.

I can say this with certainty, however: Today I see no positive future for my (half-Hungarian) children, currently aged 8½ and 7 years old. And I no longer feel welcome as a potential contributor to the good of the country, unfortunately burdened with foreign citizenship as I am.

During the Cold War, some of the little information we received ‘Stateside regarding communist Hungary focused on the system in place here known as “Gulyás Socialism.” This was once succinctly described by a friend as run under the rhetoric of “Shut up and we’ll give you a few nice things.” What we’re witnessing these days in Hungary (as well as other nations including Romania and, frighteningly enough, Russia) is something that could be termed a "Gulyás Dictatorship".

In a Gulyás Dictatorship, all the trappings of 21st-century consumerism remain firmly in place: Citizens are (somewhat) free to travel internationally while free enterprise (to a certain extent) rules the economic roost. But within the scope of this government’s dreams of a “new world order,” loyalty to Mr. Orbán’s dictates are becoming mandatory – and if one believes that this bit of this editorial is unfounded paranoia, perhaps a chat with the unfortunate former editor of Origo.hu who reported the facts of state secretary János Lázár’s wasteful expenditures only to lose his job would tweak that opinion a bit.

In the macroeconomic sphere, the playing of both sides against the middle can only exacerbate Hungary’s precarious position of codependence with larger powers. The government’s supposed Eastward-facing import/export strategy has already produced results such as denying the product of Hungary’s arguably most successful blue chip company, the pharmaceutical producer Gedeon Richter, while dodgy equivalents are sold to the people. And while outwardly harping about the Russian invasion of Crimea, Orbán et al are perfectly willing to sell Hungary’s “energy security” to that very nation’s government. (“Merriest barrack of Gazprom, anyone…?”)

Meanwhile, the current prime minister has turned his back on the brain drain that sees this country’s brightest minds seek greener pastures elsewhere (nearly anywhere, really). A recent study showed the average Hungarian citizen living abroad transfers some $5,200 to their home country per year – an amount equal to more than 40% of the average annual salary: An ideal solution to keep anyone who might imagine alternatives away from dangerously influencing friends and family here.

We’re now told that Hungarian unemployment is at an all-time low while the fact that some 6.4% of the employed are “fostered workers” drawing a maximum of 35% the already tiny average salary is conveniently obscured by muzzled news sources.

But what of the European Union? Surely maintaining civil rights in the member states is a fundamental principle of the great international experiment, right? Wrong, indicates Brussels. EU threats to withhold vital funding have proven baseless time and again in this decade as the bureaucrats against whom Fidesz mouthpieces continually harp turn their backs on one retrogressive act after another. Due in part to such charity granted the country, Hungary is now used as an example by anti-Union interests to leave the system altogether.

Are these really Hungary’s true colors? Was the progressive thinking of the 1990s mere deception and lies? Is the rise of the frankly barbaric Jobbik a true indicator of secret sentiment in this country? Is the creation of a North Korea in Europe – i.e. a despotic nation of blue-collar workers and anti-intellectualism – fated for Hungary?

This now former resident can say this. The half-joking fear felt in 1998 has become real enough so that by the time you read this, my family and I will be *safely* abroad an international flight to somewhere else. And I fervently hope that someday, an again promising-looking Hungary may be experienced by my children.

Today, that’s damn hard to imagine – then again, we once figured the Soviets would rule forever…