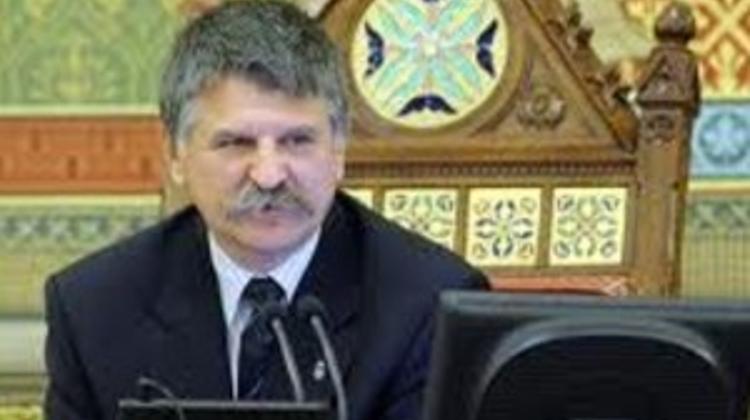 Problems generated by liberal democracy and the issue of the monument erected for the victims of the German occupation were among topics addressed by the Speaker of Parliament in an interview published by the latest issue of political weekly Heti Válasz.

László Kövér told the paper that Hungary was not the only country to have been “driven to the brink of collapse” by liberal democracy, which, as a social philosophy and a political system has “led to the accumulation of unsolvable problems,” he said.

Concerning the recently erected monument to the victims of Hungary’s German occupation in central Budapest, Kövér branded the campaign mounted against the monument as a “joke”. He said the political left’s aggressiveness, hypocrisy or use of double standards had been increasing in proportion to its intellectual decline.

He said the government’s decision not to hold a formal ceremony to inaugurate the memorial had been an act of “appeasement and a retreat”. It also means that not a single representative of the Hungarian state would pay solemn tribute to the victims, he said.

An apology has been extended and tributes paid to the memory of the victims on behalf of the Hungarian state a “thousand times” since the 1989/90 regime change, Kövér said. “But we are not going to be party to a game of rewriting history to suit the needs of a political minority, and declare the whole of Hungarian society fascist and anti-Semitic.”

Asked about infighting within Fidesz, Kövér said this was inevitable given the absence of a potent opposition, since various interest groups outside the political arena always seek to press their interests within the governing parties. “This is the curse of greatness,” he said.