Brain Bar Budapest Back Next Year 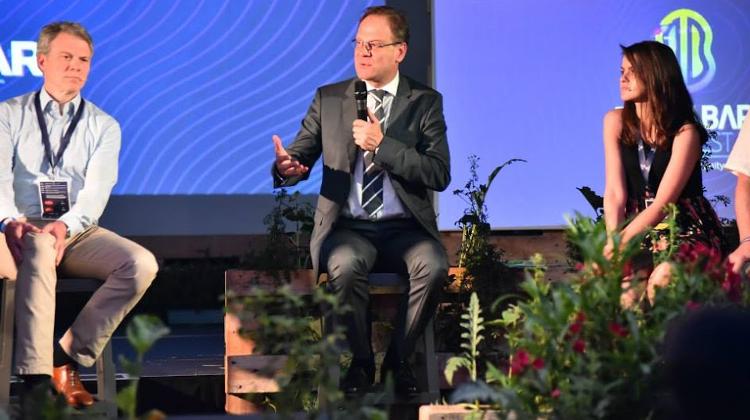 Brain Bar Budapest centers around the economic changes that will define the next 15 years and their impact on individuals and communities. The festival’s main themes followed the trends and dilemmas that will define the future of our cities and businesses, education, health and innovation.

Why has no European Silicon Valley emerged? What will the ideal school be like in 2025? Will we trust applications over doctors? How will the state’s role evolve after the New Industrial Revolution? Where will the future take the complex relationship between technology and religion?

The event’s main objective was to provide a forum for a clash of opinions and the discussion of the most vital issues of tomorrow.

Roundtables and debates were moderated by journalists representing the world’s top international media outlets, including The Financial Times, Forbes and politico.eu. Some 3000 visitors took part in the event, and a further 3500 followed the star speakers’ debates online.

“Great crowd, great city, great energy” – tweeted Richard Florida, one of the best known social scientists of our time, after his talk.

The festival’s aim is to bring topics and personalities to Hungary each year that have the potential to help Budapest ascend the ranks of the most prestigious platforms hosting continuing dialogue on the future.

Organizers provided a limited number of students, teachers and lecturers free entry to Brain Bar Budapest, courtesy of OTP Bank. The Pallas Athéné Geopolitical Foundation (PAGEO) provided the event’s top speakers essential Budapest hospitality. The up and coming stars of Hungary’s progressive music scene played the soundtrack to these most exciting issues of our time, powered by Heineken Hungária Zrt.