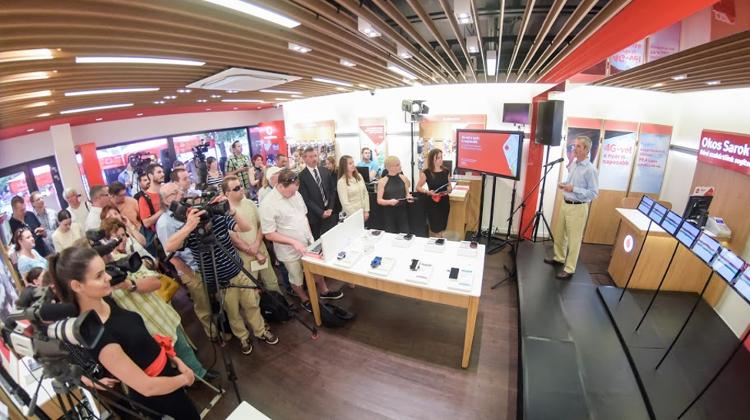 By the beginning of the summer season, Vodafone shall welcome visitors to the Lake with close to 100% outdoor 4G coverage, announced on Monday Diego Massidda, CEO in Siófok, at the opening of Vodafone’s newest store. The CEO recalled that it was in November last year that Vodafone launched its 4G service - a service that offers mobile Internet access at unprecedented speeds - in downtown Budapest, after winning the 800 MHz and 2 600 MHz frequency spectrum, required for launching the 4G/LTE service, in the autumn of 2014, with its 30.2 billion HUF bid.

In line with previous plans, the company will carry on with the construction of its nation-wide 4G network - explained Amrita Gangotra, Chief Technology Officer, who also reported that in Siófok alone there were 10 base stations offering a wonderful 4G experience for those coming for a holiday or a short break at the Lake, while the total number of base stations in the area around Balaton was over 100.

Vodafone’s 4G service is available to subscribers of all residential and business Red/Red EU service packages, residential Go+ and Mobilnet XL packages, as well as ‘Vállalkozói Osztható’ and ‘Okos Ráadás’ packages, at no extra charge.

By now Vodafone’s nation-wide mobile Internet network, which has 98.4% coverage, offers a bandwidth of 42Mbps across the country, which, with the activation of our 4G service, will grow to 75 Mbps for an ever increasing number of customers.

After acquiring the required frequency spectrum, in November, 2014 Vodafone Hungary launched its 4G service in downtown Budapest, allowing users to access more stable and faster on-line services via their phones than ever before, uploading and downloading large files, videos and even films in a flash.

With the Red EU service packages subscribers who plan to go on holiday not only to Lake Balaton but also abroad can use their phones in the EU, Iceland, Liechtenstein, Norway, Switzerland and Turkey in exactly the same way as if they were at home.

The Red EU service packages offer subscribers unlimited domestic calls and text messaging for a monthly charge starting from 9 900 HUF, allowing them to use their local data allowance in the above countries, or make calls and send messages to Hungarian numbers, using the revolutionary Red EU Roaming option.