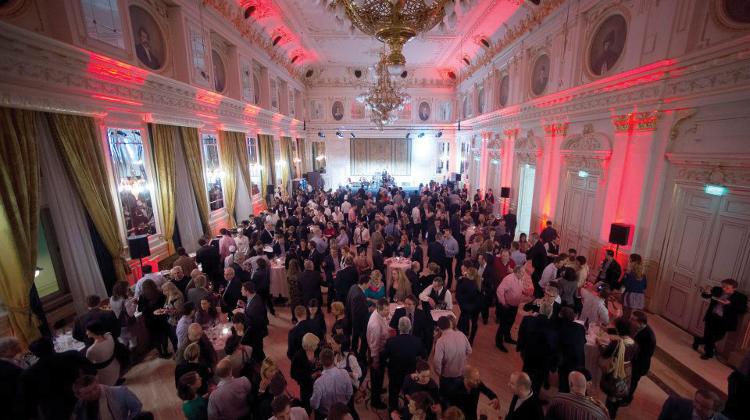 This year’s annual XpatLoop birthday bash in the Corinthia’s Grand Ballroom will be supporting UNICEF Hungary, Lions Club of Budapest and the local Csodalámpa (Magic Lamp) Foundation, which since 2003 has acted on more than 2686 wishes by 3- to 18-year-old Hungarian children who have life-threatening illnesses.

The big night promises lots of drinks, a selection of international food, and some surprises. The guest(s) of honour are Anne Zwack, who will bring what is described as a “monumental bottle” of Unicum Szilva, and the main sponsor is FirstMed.

The party is a great opportunity for social networking, as hundreds of people always attend this annual event, and confirmed guests this year are Adam Goodman, the owner and producer of Mid Atlantic Films; Dennis Diokno, the managing director of FirstMed; Jean Pierre Mifsud, the general manager of Corinthia Hotel Budapest; Levend Arisoy, country manager at Turkish Airlines; and Wendy Dorman-Smith, chargé d’affaires at the Embassy of Ireland. Master of Ceremonies will be Gábor Herendi.

Charity auction items include two Turkish Airlines tickets to anywhere in the world, with destinations including Buenos Aires, Cape Town, Kilimanjaro, Nairobi, San Francisco and São Paulo; also a Danube cruise for 200 people on Zsófia cruise ship, a special package from Gundel Restaurant, and a painting by Júlia Odin Végh.

Anyone wishing to donate a prize can email info@xpatloop.com

Stephen Linfitt (pictured), publisher of XpatLoop.com and organiser of this annual charity event, told The Budapest Times: “We’re very grateful to all event supporters. It’s heart warming how each year we all come together to support Hungarian children in need via trusted local charities. Hundreds of expats have already registered, so there are now only about 50 places left available.”

Attendees all make a donation of HUF 5000 in support of the three charities. Remember, remember the 5th of November, and that guests must RSVP to get on the list via the invitation on the front page of www.XpatLoop.com