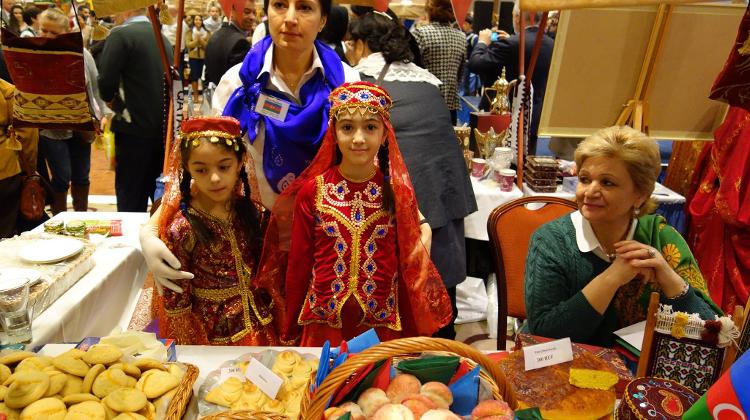 The fifth Diplomatic Fair, organized by the Diplomatic Spouses of Budapest and the InterContinental Budapest promises to be a great extravaganza as previous years. This year, 40 embassies will be participating by exhibiting their country’s character in specialties and souvenirs, and nearly 26 countries are offering their nation’s food and drink in the refreshment area

The frequent entertainment segments will include dancing and musical interludes from Thailand, India, Republic of Korea, Palestine, Serbia, Kazakhstan, Azerbaijan, China, etc. The Fair will be opened by a magical performance by ExperiDance (Hungary), whose dances fuse traditional Hungarian folk dance with modern styles and motifs.

The Fair will be offering a children’s corner. Prizes from small and big raffles wait for winners.

The purpose of the fair is to create an entertaining day for the whole family in the spirit of the festive season, to present each country participating, and to raise funds for Hungarian charities.

All proceeds from the Fair will be donated to the Hungarian charities supported by Diplomatic Spouses of Budapest: