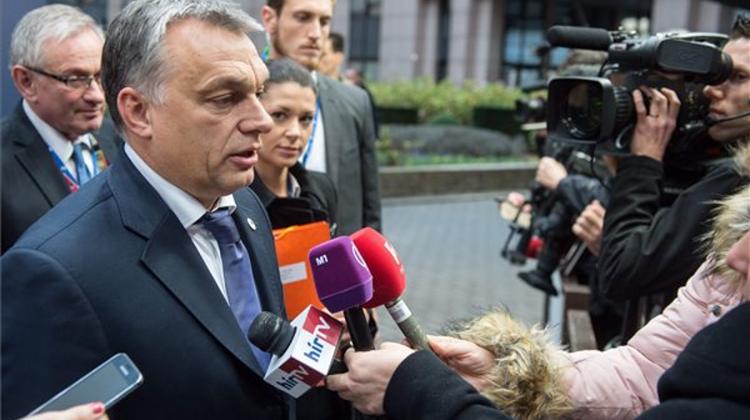 In their assessment of last year’s developments, commentators focus on Prime Minister Orbán’s performance – for better or for worse. They recall that the Prime Minister was identified by more than one international outlet as the ‘man of the year’.

In Népszava, Hungarian-Austrian analyst Paul Lendvai, one of those who chooses Mr Orban as the man of the year  explains that he didn’t mean to praise the Hungarian Prime Minister. He criticises Hungarian media outlets who interpreted his stance on what he called the ‘efficient policies’ the Prime Minister adopted to handle the migration crisis as an endorsement – as if he had changed his critical attitude towards Mr Orbán. On the contrary, he writes, his opinion hasn’t changed a bit.

In Magyar Nemzet, Szabolcs Szerető recalls that a year ago the government was ravaged by internal feuds and a loss of popularity, which led to three successive defeats in by-elections and the consequent loss of its two thirds majority in Parliament. But Viktor Orbán’s reaction to the migrants turned defeat into victory for the governing parties, Szeretö suggests.

At the outset, campaigning against migration was just one of the ideas that popped up in the Fidesz PR workshop, but as the influx of migrants took unexpectedly massive dimensions, it suddenly became a winning tool.

Meanwhile, Szerető believes, strategic decisions should be taken about reversing emigration, consolidating the public health service and making the economy less dependent on European funds. On the other hand Szerető praises the partial VAT cuts announced during the last week of 2015 as well as newly introduced housing subsidies and incentives to young couples as measures that contain promise for the future.

In HVG (print edition), Tamás Pauler looks back with nostalgia to the beginning of 2015, when the supporters of the government were losing faith and their party was tormented by infighting among high-ranking officials. In order to defeat a dominant force, the country would need a potent opposition. But there was no trace of such force at that time, nor today, he continues.

Nevertheless, the government’s opponents gained hope from the ruling parties’ defeats in by-elections and from the confrontation between the government and the United States early last year. International criticism of Hungary’s rapprochement with Russia ended because world attention refocused on the Middle East rather than Ukraine, he suggests.

That put an end to a process whereby US entry bans imposed on prominent Hungarian officials threatened to make corruption charges a heavy liability for the government. By the end of the year, Pauler concludes, PM Orban won back his lost supporters and would now score a more resounding electoral victory than he did in 2014.

In Heti Válasz (print), philosopher András Lánczi, a leading pro-government analyst describes a meeting between Hungarian personalities and then US Chargé d’Affaires André Goodfriend, during which the American diplomat said the United States would like Hungary to buy American shale gas. Lánczi draws the conclusion that conflicts between Hungary and the USA were caused by conflicting business interests.

Foreign investors intend to maximise their profits, minimize their tax burdens and transfer profits abroad whenever it suits them. If they could always have their way, the local community could not decide over issues that are of importance to it.

It could not decide for instance if it wants to buy shale gas or whether to buy Swedish made or American made fighter jets, he writes – a reference to the first Orbán government’s decision to equip its air force with Swedish Gripen planes rather than US made F-16s fourteen years ago. He suggests such issues are the background of past American criticism of government practices in Hungary.

In Figyelő, editor Gábor Lambert puts Hungary’s problems in the context of general European trends which are determined by unprecedented economic and security challenges. Many people, he says, are already preparing for a new world order. However he wouldn’t exclude the possibility that the old West European political elites will be able to survive the shocks.

Even if they do, he continues, they might draw harsher lines between the core and the peripheries of European integration. Or in an even more unfavourable scenario, national egotism will become the order of the day, as governments follow the instincts of their frightened citizens. And Lambert worries about the meagre chances of the national egotism of a relatively small country like Hungary, if it has to compete with the egotism of nations with 40 or 80 million inhabitants.