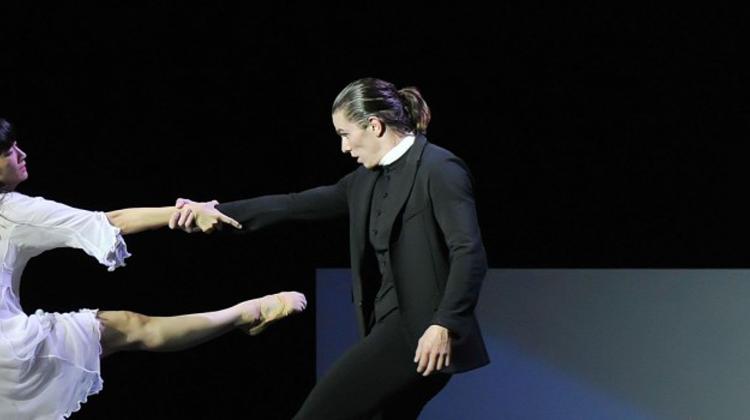 Spectral Evidence (2013) - Angelin Preljocaj got his first taste of John Cage from a CD of a vocal composition he received from a friend. 'I always thought I knew Cage's works quite well,' explains the choreographer, who had already created several ballets to the experimental composer's music.

'This piece surprised me, though. It has nothing of the characteristic and familiar Cage mood or style.' One part of the composition was simply the sound of breathing. This stirred Preljocaj's imagination. 'I wanted to find in movement the same thing one hears in the breathing.' He found a basis for the ballet in the 1692 Salem witch trials, which led to the deaths of a number of innocent women. 'Listening to Cage's music, my imagination would go back in time to that moment,' the choreographer revealed.

La Stravaganza (1997)
As a child of immigrants myself, New York was always a mythical place for me. The symbol of immigration, belonging to all those who wish to start eve

rything afresh. This experience of the 'New World' had a major impact on me while I was creating the piece. On the one hand you have somebody who arrived there from the Far East, with their ancestral culture, and on the other hand you're in the America of Broadway and Balanchine. I wanted to show a story drawn from a past which returns again and again like a boomerang. Rising from the grave.

At the beginning of the piece you can hear a young girl saying 'I remember.' The past suddenly becomes the future, as if time were a kind of loop, an endlessness. I also chose the music on this basis, with Vivaldi's masterful and wonderfully crafted music contrasting with more organic sounds. (Angelin Preljocaj)