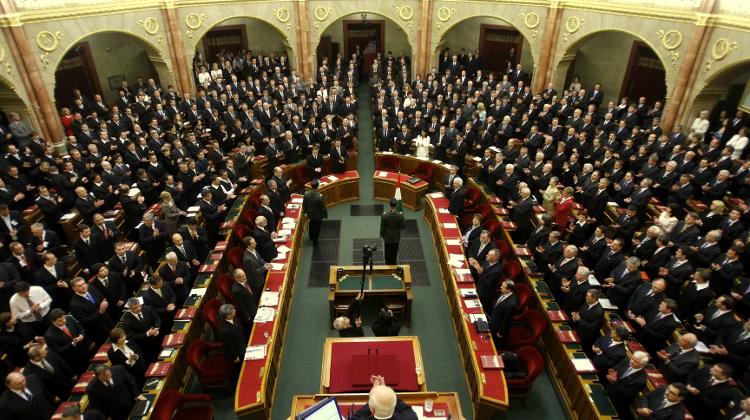 Lawmakers approved a bill that establishes national building societies and adds to members’ savings with a state subsidy. The bill, submitted just a day earlier by Antal Rogán, the prime minister’s cabinet chief, was approved in an expedited procedure with 113 votes in favour, 46 against and no abstentions.

Rogán said before the vote that the bill was designed with the aim to boost new home construction. He said the law would contribute to increasing construction, a priority for the national economy.

He added that in terms of new housing, Hungary was behind other countries in central Europe.

However, the savings could only be used for the purchase of new homes.

Rogán announced plans to establish such societies in January. He said the institution would be based on the model of building societies in the UK, adding that it would give home savings banks some competition.

Hungarians who put money into home savings banks also get a 30% state subsidy, but the support is limited to 72,000 forints a year.

The law will require members to commit to a contribution size and schedule as well as set an upper limit on the price of the property they wish to purchase. No interest would be paid on the contributions.

The opposition Socialists said the proposal was not aimed to help families but one particular businessman, who had earlier organised consumer societies and sold over 1,000 homes.

The leftist Democratic Coalition (DK) said before the bill was passed that the building societies would be a “subsidised pyramid game” ensuring no protection to “unsuspecting members”.

Lawmaker Lajos Oláh said that in the new mechanism a “Fideszassociated company would set up a building society, receive a tremendous amount of public funds” and then the houses would be bought from “oligarchs” associated with the ruling party.

“That is how public funds would be turned into private assets,” he said. The Együtt (Together) party said that the new system was reminiscent that of the bankrupt Quaestor brokerage company.

Együtt deputy leader Levente Pápa insisted that under the new law the ruling parties would help “cronies” to a market segment and profits in the billion forint range. He suggested that only a “very few” companies could meet the “reliable organiser” criteria, and those businesses could control “nearly the whole of the market”.