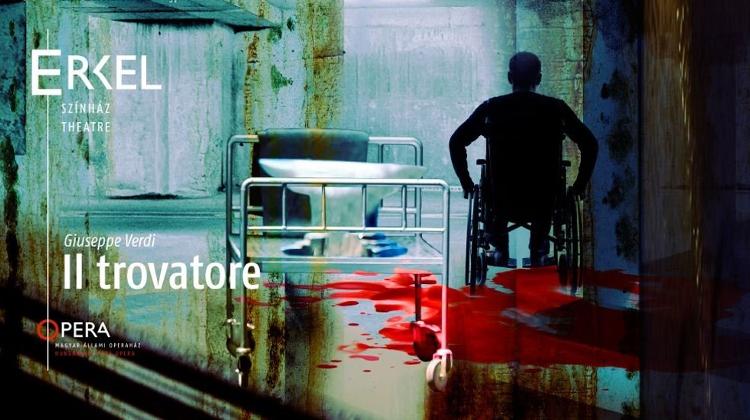 The new production of the Hungarian State Opera, Il trovatore by Giuseppe Verdi directed by renowned director Judit Galgóczy premieres at the Erkel Theatre on 18 March 2016.

Il trovatore is an opera among operas. Filled with passionate and romantic music, the four principal roles are nevertheless almost impossibly difficult. As Enrico Caruso said, only one thing was needed to ensure the piece’s success: to sign "the four greatest singers in the world". Ever since it caused a sensation at its 1853 Rome premiere, the work has conquered the entire world.

With Rigoletto, Il trovatore and La traviata Giuseppe Verdi had entered a new phase in his career. "In a good tragedy, everyone is right." This maxim has been known since the times of classical Greek drama. Verdi takes it one step further: with a predilection for heaping dramatic conflicts until they lie thick on the ground, he has a special fondness for creating unresolvable situations and posing agonising dilemmas for his heroes. A drama of politics, love and revenge, Il trovatore is both a true work of Italian romanticism and an outstanding testament to Verdi’s dramatic abilities. It is little wonder that it remains one of his most popular works to this day.

Il trovatore has more to say to people of today than one might think. Its characters, people in search of answers and their own identities, live their lives under the dark shadow of vengeance and the struggle with each other and the world. Verdi’s opera – Italian Romanticism to the very core – was created in the 1850s, years seething with unrest, around a story that takes place in the 15th century. More often than not, however, the past overtakes the present: we ourselves are repeating history, because we believe that certain things can never happen again.