The Richest & Most Influential People In Hungary 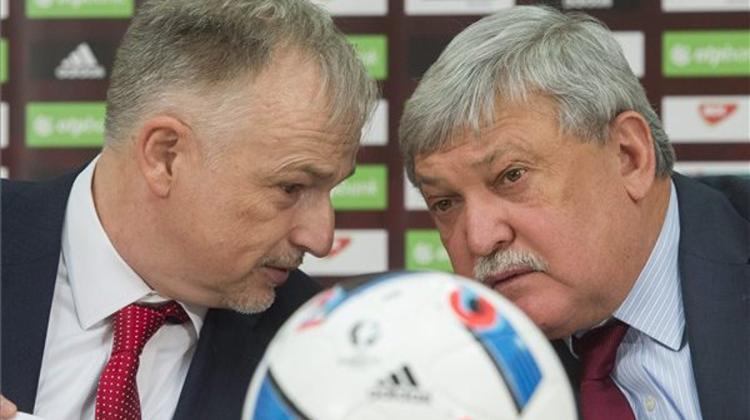 Napi.hu shares the brand new list lining up the 100 richest people in Hungary in 2016, with Sándor Csányi on top, and the results of their “Befolyásbarométer” (Influence-o-meter) where PM Viktor Orbán, Sándor Csányi and János Lázár got on to the podium. According to the list, Sándor Csányi – for the sixth time in a row – is the richest person in Hungary: after increasing his wealth by 35 billion HUF last year his fortune is of 200 billion HUF.

He is followed on the list by László Bige, owner of Nitrogénművek Zrt. with 175 billion HUF. While, in the third place Sándor Demján can be found whose wealth increased to 120 billion HUF. One of the biggest changes, compared to the previous year, is that Gábor Várszegi, owner of Fotex Group, who then had 115 billion HUF, cannot be found on the list anymore.

He had topped the very first list 14 years ago with 40 billion HUF, but in recent years he loosened his ties to Hungary, even gave back his Hungarian address card and tax number. As the list goes on we can find Gábor Széles in the fourth place with a fortune of 100 billion HUF ,and he is followed by Tibor Veres, owner of Wallis with 97 billion HUF.

Then comes the former, 2014 third ranked György Gattyán, owner of Docler Group with 96 billion HUF. He recently won the lawsuit versus the National Tax and Customs Administration of Hungary, though, the investigation and the shutting off of his wealth has not ceased yet. György Wáber, shipper, great entrepreneur and ministerial commissioner could increase his wealth to 90 billion HUF, by which he got ranked 7th and Tamás Rákosi, media entrepreneur is the 8th with 87 billion HUF.

The PM and his former financial confidante could not make up their dissent, thus, he was somewhat in a back seat, however, his wealth still increased: with 83 billion HUF he got ranked 9th. With his constantly growing fortune (since his 2011 fortune of 31 billion HUF), Lajos Kasza, leader of the Jász-Plasztik Group is in the 10th place with 71 billion HUF.

Napi.hu writes that the total sum of the listed fortunes this year got close to 2800 billion HUF (9 billion EUR), which is 180 billion more than the year before, and in the first year (2002) the sum was 632 billion HUF. Also, in both years the inflation was near 0.

Furthermore, the minimum amount to enter the list grew from 6 billion to 6.8 billion HUF, and this year 10 businessmen who are new to the list can be found ranked. One of them is Andy Vajna, ranked 16th with 44 billion HUF, as his Hungarian company network is getting expanded, and his most profitable firm is Las Vegas Casino Kft.

Other newcomers are the owners of Agrofeed, Tibor Csitkovics and Szekeres István ranked 51st, Attila Virág of Wizz Air is the 61st, while Ferenc Lévai of BioTechUSA is the 75th. István Bagaméry, owner of Mediso is ranked 77th, whereas the 84th are Mihályné Berkes and her husband, owners of Agro-Centrál Bt.

This year Zsolt Hernádi, director of MOL also joined the list who got the 85th place, the agriculturally active László Kárpáti the 86th rank and János Sánta from the tobacco industry became the 98th.

The site writes that making the list was rather difficult, partly, because some people would like to avoid publicity and also for the reason of division between the economy of “real sector” and “unreal sector”. The former is affected by the competition on the market, while the latter is by winning procurements worth billions of forints, applications for lands and other commissions won without actual competition, writes napi.hu. As mentioned before, a list compiling the most influential people in Hungary was also published.

On the top of it PM Viktor Orbán is found, followed by Sándor Csányi and János Lázár. After them György Matolcsy, president of MNB and Andy Vajna, TV and casino owner are aligned. The first 20 people on the list came from politics or gained their influence from a politics-related economic power.

Also, it is written that the aim of making the list was to see how resources are used, by whom those are used and how much resources are used, at all. It was found out that politics, the governmental background, friendships and partnerships are rather powerful in changing the influence of a public person in a short time. Of the 100 richest people 14 could make it to the 50 most influential people in Hungary.

7 people of the 12-member Hungarian government are on the list, all of them within the first 20, while members of the opposition are just put on show on the list. The two biggest winners of the new list are György Barcza, CEO of ÁKK Zrt and Ferenc Papcsák, Chairman of the Supervisory Board of MNB (Hungarian National Bank).