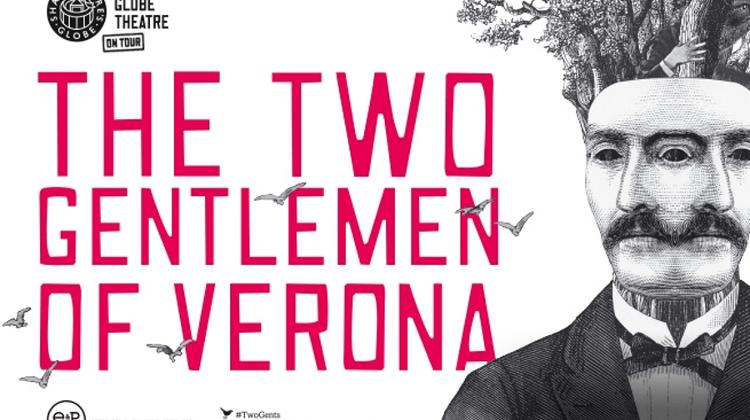 Comedy in English presented by Shakespeare’s Globe Theatre and the Liverpool Everyman & Playhouse on Friday 1 July at 8 pm. This riotous new production is led by a joyful ensemble of players who will delight with songs, romance and chaos, and hurl Shakespeare's anarchic comedy into the 21st century.

Valentine loves Silvia and Proteus loves Julia – but Proteus is fickle, and falls for Silvia too. When Valentine plots an elopement, Proteus betrays him and Valentine is banished and joins some outlaws in the forest. What are the chances that he’ll be pursued by Silvia, and Silvia by Proteus, and Proteus by Julia, and that all will be waited upon – after a fashion – by their servants Speed and Launce and even Launce’s dog, Crab?

Shakespeare’s remarkable comedy is presented in original language, by the Shakespeare’s Globe theatre company’s authentic performance. The performance in Budapest is part of their tour commemorating the 400th anniversary of the death of the writer genius.