Xpat Opinion: Brexit In Hungarian Media: What Comes Next? 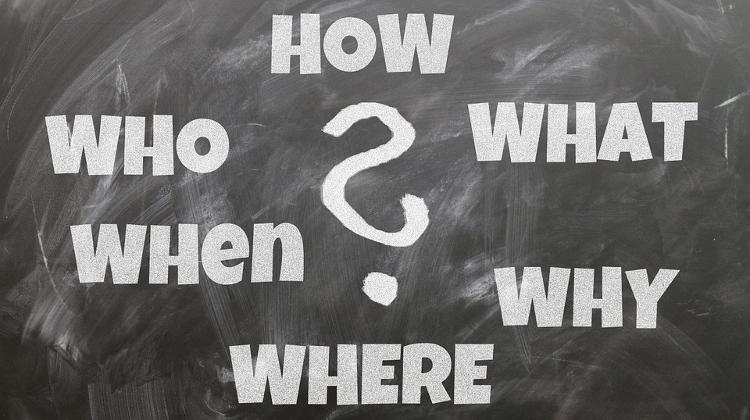 Commentators across the political spectrum assess the implications of Brexit for the EU, and try to guess what it all means for Hungary.

The UK’s departure is good riddance for the EU, the novelist László Márton claims in Népszava. Márton thinks that the UK has been the main brake on further EU-integration, as it was concerned only about economic interests rather than European values. Thus after its departure, it will be easier to create a United States of Europe with a fiscal union, joint police and military. This politically and socially better integrated Europe does not entail the end of national identity, Márton remarks. The real loser will be Great Britain which may eventually disintegrate, if Scotland and Norther Ireland secede, Márton predicts. As for Hungary, Márton writes that as a result of the Orbán government’s anti-EU rhetoric, Hungary is at this point not among the core EU states, and thus it is unclear how it will be involved in further integration.

In a front page editorial, Népszabadság contends that it is hazardous to let people decide about seemingly simple, but in fact very complicated issues which will impact not only on their own lives, but also the future of a whole country. The leading left-wing daily thinks that leave voters listened to their feelings rather than their reason and pragmatic interests. Népszabadság suspects that pro-Brexit voters who hope that leaving the EU will increase the UK’s sovereignty, will soon be disappointed, as if the UK wants to access the EU common market, it will need to comply with EU rules – without having the opportunity to shape those same rules.

Europe as well as Hungary has become a worse and poorer place, Gábor Horváth comments in the same daily. The left-wing commentator finds it unfair that elderly, mostly rural voters decided about the future of young, pro-EU British voters, but he adds that despite all its imperfections, democracy is the least bad regime. Regarding its implications, Horváth thinks that the Brexit will be economically devastating for the UK – hundreds of thousands of jobs will be lost and the UK will break up. For the remains of the EU, the crucial question now is whether to make the Union even more integrated, or devolve more power to the member states. If the Orbán government insists on national sovereignty, it will have to cooperate with Marine Le Pen, Geert Wilders and other overtly anti-EU politicians, Horváth suspects.

In Mozgástér blog, Gábor Megadja fears that after the departure of Britain, Germany will centralize and dominate the EU even more. The conservative philosopher identifies the EU’s inability to handle the migration crisis as the main reason for the success of the Brexit campaign. He finds left-wing liberal opinions which label leave-voters as stupid rednecks, highly complacent and irritating. Such an elitist approach, that ignores everyday people’s concerns, explains exactly why the masses are dissatisfied with the EU, he believes. Megadja rules out Hungary following Britain out of the Union, as Hungary is too small to shape its future on its own. The best hope for Hungary after Brexit is that the UK will remain a close partner of the EU, Megadja concludes.

In Magyar Idők, Levente Sitkei thinks that the British have shown that they do not want to live like slaves. The pro-government columnist acknowledges that the pro-leave voters were instinctive and unreasonable, but the UK made a clear decision nonetheless to leave the EU. Sitkei believes that the failure to keep the UK in the EU is due to the European Union’s boring, overly bureaucratic nature, the absence of a common national identity, morals, religion and even gender. For most citizens, the EU is more a bureaucratic nuisance than a real political entity they can emotionally connect with, Sitkei remarks. Concerning the future outlook, he contends that the EU is in a severe crisis, and hints that other countries may soon follow suit and exit, unless the EU is reformed from ground level.

The British have shown the world that with courage and unity, the elites ruling the Western world can be defeated, István Lovas comments in Magyar Hírlap. The pro-government commentator likens the Brexit referendum to the fall of the Soviet Union in its historical importance. In both cases, the will of the people swept away ruling elites, Lovas claims. In conclusion, he predicts that “the Western regime” can no longer continue its project, which aims at the destruction of nation states in the pursuit of its economic interest.

Writing on Mandiner, Gábor Kardos speculates that PM Orbán may soon face David Cameron’s fate unless he changes his anti-EU rhetoric. The conservative pundit draws a parallel between Cameron and Orbán, pointing out that both right-wing politicians tried to ride anti-EU sentiments which, in the end, became so huge that PM Cameron was swept away. PM Orbán stirs up anti-EU sentiments with his campaign against mandatory EU refugee redistribution quotas, but if the EU breaks up, countries on the periphery including Hungary will lose the most, Kardos remarks. The failure of the EU may eventually result in the return of war to the continent, he concludes. After the shock of the Brexit vote, the Hungarian government anti-quota referendum may not succeed, which would also be a huge blow for Fidesz and would severely weaken its chances of winning the 2018 Parliamentary elections.

In Heti Válasz, István Dévényi blames Brexit on David Cameron’s irresponsible decision to use the promise of the referendum to increase his popularity in the last Parliamentary election. The conservative columnist fears that the UK’s exit from the EU may trigger an avalanche, and other member states may follow Britain. In Hungary, anti-EU voices may also become louder, Dévényi notes, adding that PM Orbán should tone down his harsh EU-bashing rhetoric otherwise he may not be able to control the processes he ignites. Although the EU has a lot of problems, “there is no alternative to Europe” for Hungary, Dévényi concludes.