Discover The DreherFeszt In Budapest, 26 – 27 August 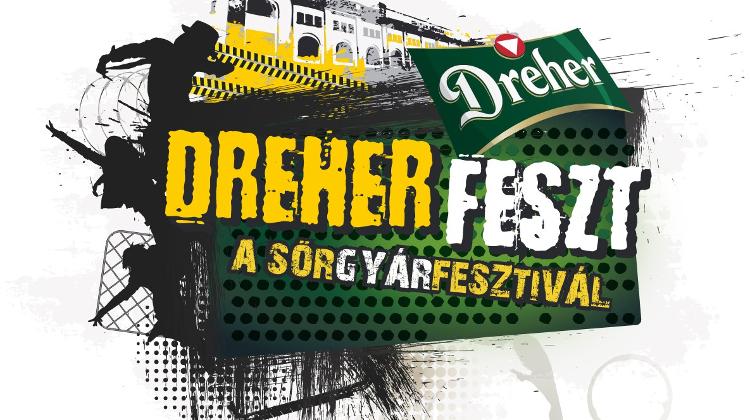 Unique tasting venues, concerts, brewery’s cooking house tour and beer specialties brewed for the occasion are waiting for the visitors of the DreherFeszt on Friday and Saturday at the Dreher Breweries. This time nine types of beer will be tapped, five of these are not available commercially.

Lively dance music will entertain be on the top of the underground and popmusic by: Péterfy Bori & Love Band, Vad Fruttik, Žagar, SuperStereo, Ivan & The Parazol, Akkezdet Phiai, The Biebers and Margaret Island.

Continuous free bus shuttle will be available only for on the time being, this two day departing from the Örs Vezér Tér to the DreherFeszt.

Dreher Breweries Hungary’s first brewery surprises its consumers by 440 million pints of beer a year. Every year, directly and indirectly provides livelihood of nearly 8,000 families in addition to the brewing activities in the field of catering, supply chain and commerce. 95 percent of suppliers is domestic small and medium-sized enterprises, whom have products and services in the amount of 15 billion huf. In a year it contributes nearly 25 billion huf to the General government excise duty, VAT, product fee and other forms of contributions.

The company has more than 160 years, since the founding of the brewery building its beer culture and with its tarnished brewing house, beer tour program still cherishes the tradition of brewing. In the company's brewery, in Kőbánya the nation’s largest premium brand, Dreher; Hungary's strongest beer catering, Arany Ászok; and brewing traditions representatives also in its name, Kőbányai is made. The world's second brewery, SABMiller’ subsidiary In addition to the Hungarian brands it distributes globally popular beers as Pilsner Urquell, Kozel, HB, Miller Genuine Draft, as well as Kingswood cider.