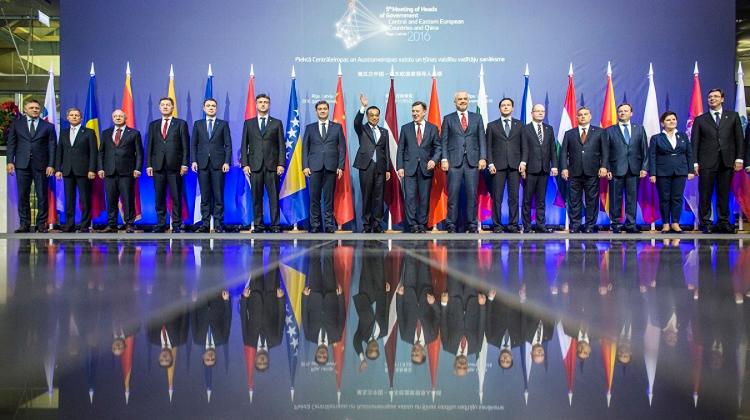 Hungary is China’s foremost trading partner in central and eastern Europe and trade ties between the two countries are steadily intensifying, Duan Jielong, China’s ambassador to Hungary, said at a trade forum in Budapest. China has invested over 5 billion dollars in the central and eastern European region, of which more than 3 billion dollars have been invested in Hungary, the ambassador told a press conference.

Bilateral trade turnover is at an annual 10 billion dollars, he added. Answering a question on Hungary’s residency bond scheme, the ambassador said China’s government allows its citizens to settle in foreign countries as long as it is done with the purpose of carrying out legal activities. Most Chinese citizens choose to settle in Hungary for business or education purposes, he said.

For that matter, 5th China-CEE (Central and Eastern Europe) Summit was held in Riga, Latvia on the 5th of November. The objective of the summit is to identify and partner economical partnerships between China and CEE countries. Hungary’s prime minister and foreign minister held talks with leaders of Huawei, China’s second biggest investor in Hungary, in Riga on Saturday.

On the summit’s sidelines Orban and Péter Szijjártó, the foreign minister, discussed the government’s digital programme and how Huawei can bring its global experience to bear with the technology and communications company’s future participation.

Of primary interest is Huawei’s experience in building telecommunications networks as well as its operating and advisory services. Huawei has been operating in Hungary for the past ten years and employs 2,500 people. It draws on the services of almost 600 local suppliers, Havasi noted.

Prime Minister Viktor Orbán discussed European-Chinese cooperation with his Chinese counterpart, Li Keqiang. Hungary and other central European countries are committed to supporting cooperation between Europe and China, Orbán’s spokesman, Bertalan Havasi, said. Maintaining close ties with China is in Europe’s interest “in this time of crisis”, he added.

Hungary is among the European countries with the closest ties with China, he said, adding that the value of Hungary’s exports to China last year was the highest in the region. Havasi also noted the signing of the deal with China on the upgrade of the Budapest-Belgrade rail line, calling it the “flagship” of Chinese-central European cooperation.

Cooperation between China and the central and eastern European region is in the interest of the whole of the European Union, Orbán said at the summit. It is widely known that the EU is struggling with economic stagnation, and turning inward would be the worst possible response, Orbán told the closing news conference of a China-CEE summit. Europe must open itself up, and evidently it is worth opening up to China, “the world’s most successful economy”, he said, adding that Hungary is committed to European-Chinese cooperation, and will make a good host for next year’s China-CEE summit.