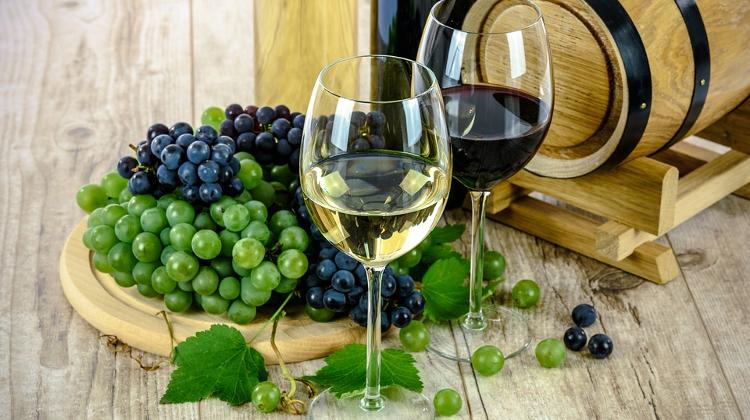 By Robert Smyth. While wine may ostensibly know no language barriers, many non-Hungarian speaking expats and visitors find themselves excluded from the plethora of tutored tastings that go on almost every day, once people’s palates wake up again after the seasonal excesses. However, the good news is that there are a number of vinous options for those not proficient in the Magyar tongue.

On January 20, the Xpat  Wine Club will commence its tastings series, held every two months, at the atmospheric, olde-worlde Mátyás Pince, with unlimited tasting of 20 wines from the distributor In Vino Veritas.

The focus will be on “legendary Hungarian hospitality” and will feature the whole shenanigans of folk dancers and live Roma music, and the club’s very own “Taste & Play” games.

Stephen Linfitt, publisher of Xpatloop.com, says that the tastings could happen on a monthly basis in future, according to demand. The wine club tastings also serve as a lively business and social networking event and are not only attended by expats. They are held in a different venue each time, from the traditional to the contemporary, explains Linfitt.

The theme and structure of the tasting is constantly changing – sometimes it involves several wineries, at others just one, such as with Sauska, which makes wine in the regions of Tokaj and Villány and was able to offer a full palette of wine styles to a receptive crowd.

Some of these events have involved live music as a backdrop to the bibulous fun.

The Xpatloop wine club has been around for more than 10 years and returned two years ago with wine expert Nóra Szegedi as the manager. She feeds the convivial crowd with the nuggets of information they need about the evening’s wines. Email info@xpatloop.com if you’re interested in knowing more.

The following day, on Saturday January 21, Belgian blogger Michael Zeebroek will steal a march on Furmint February by hosting a Furmint tasting at his home in District XIII. His tastings are scheduled to be held monthly in 2017 and the theme is decided by the consensus of the tasters, who are readers of Zeebroek’s blog.

This is an intimate, laid-back tasting with an enthusiastic and welcoming small group, and is actually conducted in Zeebroek’s living room. He casually imparts the particulars of each wine. His December tasting put Bikavér under the spotlight and the participants got plenty of value for the HUF 3,000 entry fee, with some nibbles provided. Find Zeebroek through his website: http://www.wonderfultasting.com

At big walk-around events like the centerpiece tasting of the aforementioned Furmint tasting, language isn’t much of an issue, although those not proficient in Magyar will likely run up against winemakers who don’t speak English, when asking questions as they taste.

However, there’s often someone on hand who can jump in – often the children of the winemakers themselves, many of whom are being lined up to take over, or already have done.

This year’s Grand Furmint February tasting will take place on February 2, in the usual ornate surroundings of the Magyar Mezőgazdasági Múzeum (Hungarian Agricultural Museum) at the Vajdahunyad vár in City Park.

Entry costs HUF 9,900 if you buy the ticket ahead, or HUF 12,500 on the day, although this mega popular event that showcases Hungary’s great white grape hope and rocks the museum to the rafters can easily sell out. It will feature between 90 and 100 producers with an average of two wines each.

They will come from up and down the land, thanks to the fact that many wineries outside of its stronghold of Tokaj and Somló have identified the potential of the grape, and in some cases, like around Lake Balaton, they are re-establishing it.

It usually has a few guests making Furmint in neighboring countries. For more information and to register, look for the Furmint Február facebook page. It will immediately follow the first ‘International Furmint Day’ on February 1.

VinCE Budapest is a major event that pulls in wine people from all over and is very open to non-Hungarian speakers, with many of the masterclasses delivered in English, and by some very big names in the world of wine, which have included the likes of Jancis Robinson MW (the “Madonna of Wine”).

This year’s VinCE is scheduled for March 17-19 and will be held in its usual venue of the Corinthia Hotel Budapest. Also keep your eyes peeled for foreign guest presenters at the Bortársaság’s Borsuli (Wine School).

The bijoux and cozy cellar setting of the Tasting Table at Bródy Sándor utca 9 has exciting sit-down tastings held in English, every second Thursday of the month, with the exception of January.

The first Thursdays@the Tasting Table evening of 2017 will see Villány’s Heumman winery, which is owned by a German-Swiss couple with the wines made by a Hungarian, present its beautifully-crafted reds that are full-bodied and intense, yet as balanced and elegant as wines from this warm southern region can be.

Incidentally, as a judge at the Top 100 tasting, which is conducted blind, I have given my highest points to Heumann wines for the last two years.

On March 9, wine writer Dániel Ercsey will preside over a blind tasting in which guests will be able to put their wine assessment skills into action. By the way, Ercsey is editor-in-chief of www.winesofa.eu, which is a fine source of articles in English on Hungarian and the wider region’s wine.

Tokaj’s Erzsébet Pince makes distinctive wines that capture the essence of the area’s varied terroir and will be the guest on March 23. Somlói Vándor’s Tamás Kis – a young winemaker who is really hitting his stride – is scheduled for April 20.

Kis’ former employer, Eger’s excellent St Andrea, is also set to appear. June 15 will see yours truly in action, the subject of which is still in the planning stage.

This appears courtesy of the Budapest Business Journal.