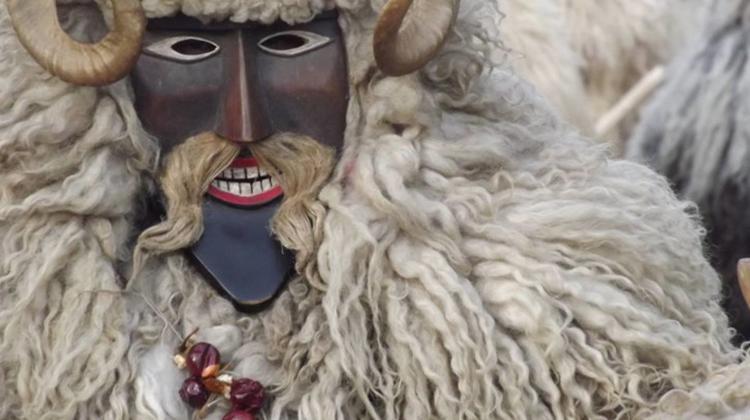 According to local legend, 'devils' still come on boats from the Island of Mohács. After arriving they proceed to Kóló Square , and then all parade through the streets, mixing with the audience along the way.

After the sign of the 'devil leader' the whole crowd jumps, upon hearing the rattle and the cattle bells ring all feet start stamping, and cannon shots accompany the crowd's march, according to tradition.

And aparently, "there is always time for tricks to stroke women' according to the legend, which continues:

"Arriving to Széchenyi Square a deputation walks up to the town hall. The mayor dines them with bread, wine and 'busópálinka'.

Arriving back from the Danube starts the free carnival. The busós dance kóló with the girls and the women. The 'jánkele' chase them; screaming and laughing is heard all day.

Music, rattling, the sound of the busó horn, and the cannon shots are heard. Busós come on horses and on carts. Poor horses can just only pull them so many of them are sitting on the carts.

The children are braver than they used to be they touch the coat of busós. For them the most interesting are the mace, the flapper and the cattle bell hanging from the waist of a busó.

But, for everybody the most curiosity is that who is under this happy, funny, or rigorous, fearful sad mask. Though a real busó would never show his face. This way his jokes and teasing will stay the secret of the carnival."