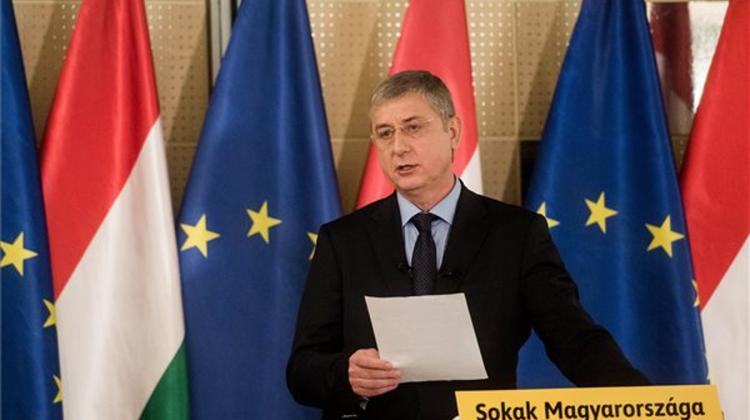 The leftist Democratic Coalition (DK) is ready to govern the country “in integrity and honesty, on behalf of the majority and authorised by that majority,” party leader Ferenc Gyurcsány said in a state-of-the-nation address. At a party rally, Gyurcsány told his supporters that DK was ready to “defeat evil and reclaim Hungary from Fidesz and return it to the Hungarian nation”.

He insisted that Hungary’s “democratic” parties should cooperate to win next year’s elections, and criticised efforts against such unity.

The former prime minister said that Hungary is not becoming stronger but “will smoulder” under the incumbent government, whose head is “despised, considered a criminal and a sick man who has made the country sick, too”.

“Politicians have not been given a mandate to steal”, Gyurcsány said, and added that “there is no right-wing or left-wing theft; who has stolen or embezzled must go to jail and what has been stolen should be returned.” Gyurcsány also criticised the government for employee poverty, and said it was caused by “perverted taxes benefitting the well-off” and the government’s reluctance to raise salaries.

DK would ensure a “decent income to decent workers”, he said and argued that Hungary’s strength is in the “neglected hundreds of thousands” rather than in the government’s “false, self-glorifying advertisements”.

Concerning education, Gyurcsány said that “(prime minister) Viktor Orbán completely destroys the future of our children” through his education policy aimed at producing “human masses reluctant to ask questions and obediently serving those in power”.

As for health, he said that “it was better before Orbán and will be better after him”. Rather than superhospitals for the “Fidesz elite”, all patients should be granted decent services and healthcare personnel should get salaries which ensure their living. In response, ruling Fidesz slammed Gyurcsány saying that people had become poorer during his government and “all indicators were worse”.

Fidesz also criticised Gyurcsány for drawing “dividends of one billion forints (from his businesses) last year” and suggested that he should “clarify his and his government’s role in the corruption mega-scandal around Budapest’s Metro 4 construction”.

Radical nationalist Jobbik said that the leftist parties could not oust the “thieving” government. In a statement, Jobbik insisted that parties of the leftist opposition were just fighting each other, and most of them “do not even wish” to replace the government.

Gyurcsány had better face the corruption charges around the metro project, it added.