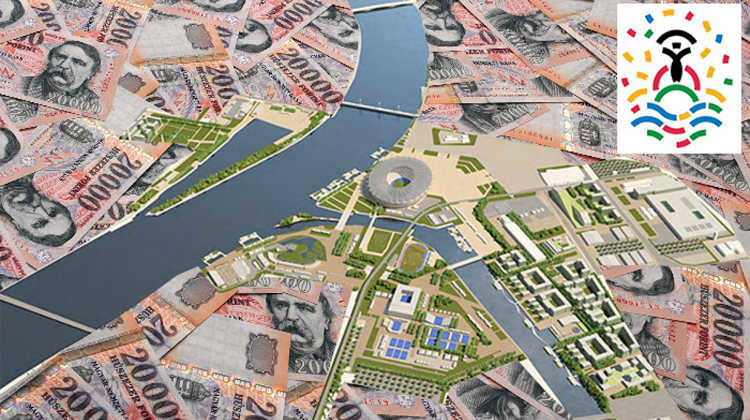 The Hungarian government is refusing to reveal what it plans to do with a HUF 16.5 billion (USD 57.7 million) Budapest riverfront property it purchased in 2014. Initial government plans would have used the ninth district property as a potential main site for Olympic events in the case of Budapest hosting the 2024 games, but the city’s Olympic application has since been withdrawn.

The 15 hectare property, which sits on the Danube river just south of Rákoczi bridge in southern Pest, was purchased in secret using public funds through the state-owned Hungarian National Asset Management Inc. (MNV). The site was previously owned by Duna Passage Kft., a subsidiary of the firm Wing Real Estate Development and Investment Zrt.

In 2011, Duna Passage had planned to build one thousand apartments and a 130,000-square-meter office building on the property, an investment of HUF 100 billion (USD 347 million), but nothing came of the project.

Conservative daily Magyar Nemzet asked the MNV to supply information on what will become of the property as soon as it became clear that it would not be used to host Olympic facilities, but despite numerous promises from the MNV to respond, the paper has yet to receive an answer.

The company did acknowledge earlier, however, that it would use the property for a real estate development in the case that Budapest does not host the 2024 Olympics, leading critics to suspect the government will either develop the land using public money or sell it off to a developer favored by the government.

The MNV earlier refused a request for the release of all documents related to the purchase of the property, saying the information qualified as company secrets and wouldn’t be made public until 2039.

The Budapest Central Court, however, determined that since the property had come into the exclusive ownership of the government, details of its purchase qualified as public information under the country’s Fundamental Law, and directed the MNV to furnish the information.