Fidesz MP: No Chance Of Referendums Until After 2018 Election 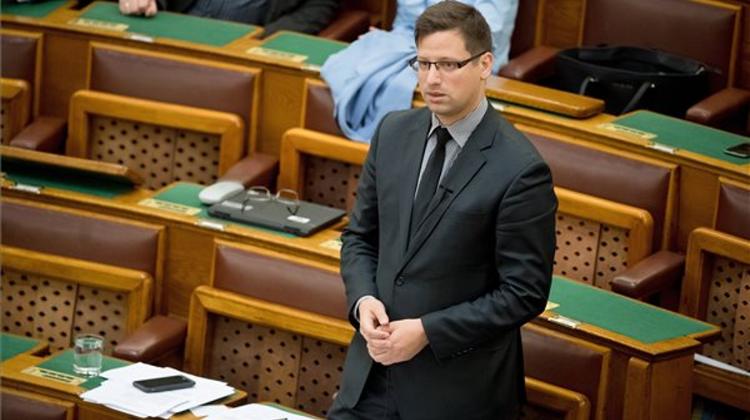 There is no chance of Hungary holding any kind of referendum before the general election in April 2018, according to Fidesz deputy delegation leader Gergely Gulyás. The MP told pro-government Magyar Idők that a recent wave of referendum proposals coming before the National Elections Commission from “opposition parties and civilians” would not be able to pass through all required legal processes in time to approve them before next year’s elections.

According to Magyar Idők, 60 referendum questions were submitted this year to the Fidesz-majority National Elections Commission, but not a single one was approved. Fledgling party Momentum Movement submitted a number of referendum proposals on the controversial amendments to Hungary’s higher education law (Lex CEU), plus a question proposing two-term limits for the office of the prime minister.

Another new party, György Gémesi’s Új Kezdet, proposed a referendum on requiring tax audits for all mayors, MPs and other members of the government. Other proposed referendums involve the Paks II nuclear reactor expansion plan and a Budapest city referendum on planned development’s to the capital’s City Park (Városliget).

A successful signature drive campaign launched by Momentum Movement in February essentially forced the government to abandon its plans to host the 2024 Summer Olympics, after the group gathered nearly twice the required signatures to force a referendum.

With opposition parties and citizens increasingly relying on the referendum as one of the only ways to exercise some form of democratic control over governance in Fidesz-dominated Hungary, the government seems to be carefully managing the potential for any embarrassing defeat: the government withdrew its application to host the Olympics rather than allow a referendum, and then blamed opponents of the Games for betraying the country.

Momentum Movement’s proposal to set two-term limits on prime ministers presents a real existential threat to the plans of the Fidesz government and Prime Minister Viktor Orbán, currently rounding out his third term as Hungary’s head of government.

Preventing referendums, at least until after next April’s election, is essential to maintaining Fidesz’s hegemony in government.