Hungarian State Opera Closing For One And A Half Year 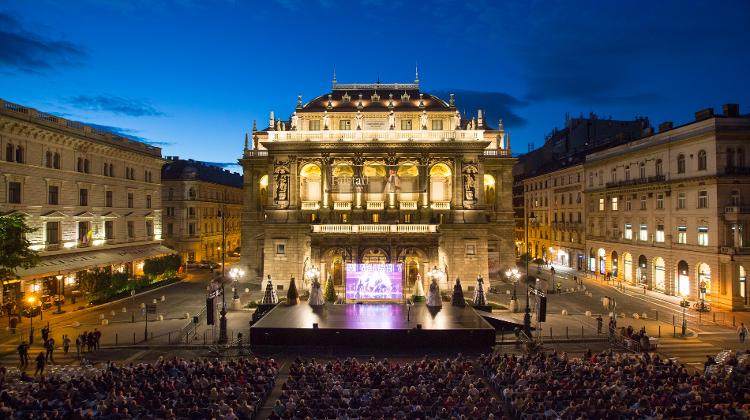 The building will be under renewal until 2019, so it will not be open for the audience. The stage mechanism, the auditorium, the orchestra pit, the workshops and some other rooms will be renovated, according to PestBuda.hu.

The last season of the Hungarian State Opera House was a record with its more than 600,000 visitors, as chairman Szilveszter Ókovács claimed on Sunday in Budapest. The institution celebrated with organising a gala and an awarding ceremony.

The director also told that thirty Hungarian pieces were performed in this season, which is a novelty in the history of the Opera House. Sixteen Hungarian premieres were hosted in the building, including five world premieres and one domestic premiere.

Ókovács noted that some of the performances in the Opera House planned for the next spring may be cancelled due to the renewal of the building. According to him, the number of people purchasing season tickets still exceeds 25,000, despite the closing down of the building in Andrássy Street. Several awards were given at the Csillagóra Gala.

The title of the Étoile of Hungarian National Ballet went to Tanykpayeva Aliya from Kazahstan, while the Chamber Artist of the Hungarian State Opera House award was received by bass stock phrase leader Alajos H Zováthi.

Preceding the gala, additional awards were given in the Székely Bertalan room on Sunday. Éva Balatoni private singer was awarded with a Mihály Székely Plaque, while Ágnes Peták harp player received a János Ferencsik Memorial Award.

The Vilmos Komor Plaque, which bears the name of an excellent conductor, went to Balázs Rumy clarinet player. Not only musicians and singers were awarded: designer Gergely Zöldy Z received a Tivadar Márk Memorial Plaque, while tutor Anikó Katona won a Gusztáv Oláh Memorial Plaque. Last but not least, prompter Gábor Lengyel received the Lajos Gela Plaque, an award that was founded for the memory of the late stage manager of Erkel Theater.

The building will go through a large scale renewal in the next one and a half years, so it might reopen in 2019 instead of the spring of 2018. Besides other renovations, the stage mechanism, the auditorium, the orchestra pit, the workshops and some other rooms will be renewed. At the same time, the construction of Eiffel Art Studios will also begin, it is just a matter of a few weeks.

Further information on Modernisation of the Opera