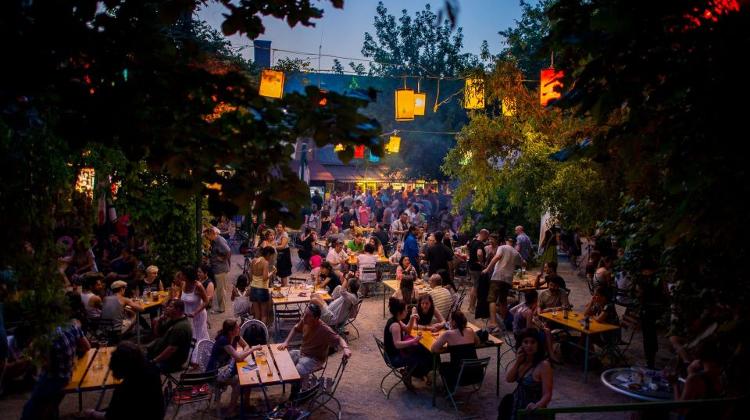 Whatever the weather these local bars are your best bet for a ruinous, or at least rowdy night out in a decadent Hungarian hang-out.

What makes the following five stand-out is that come rain or shine, or snow, you can count on staying warm and dry throughout the whole year.

Every man and his dog knows Szimpla Kert, Kuplung and co, so we won’t go on about them here although they do fit the theme. And venues like Mazel Tov are not described below as they offer more of a restaurant experience than that distinctive ruin pub feeling.

Each of these Budapest specials is worth checking according to certain @expatsintheloop who regularly frequent them all in devotion to the capital’s ruin pub culture. 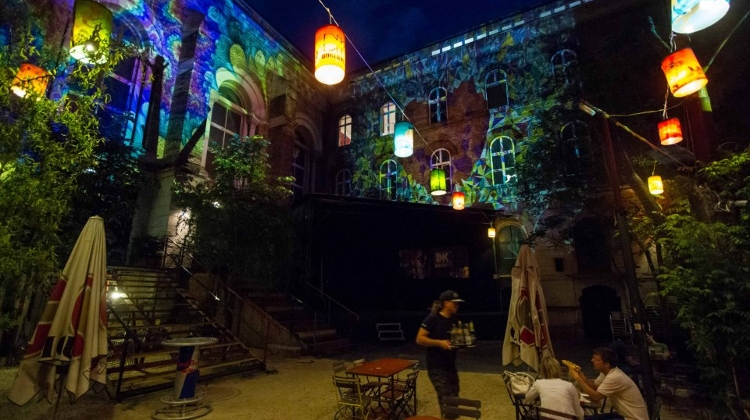 Not far from Budapest’s main City Park you’ll find this rocking complex complete with an outdoor live music stage and an indoor concert venue, so all seasons are covered.

Outside terrace tables are popular during the day and night throughout the warmer months, as far as the concert scene is concerned it’s most popular with fans of heavy metal and alternative sounds - international acts regularly strut their stuff here along with a range of fresh local acts. 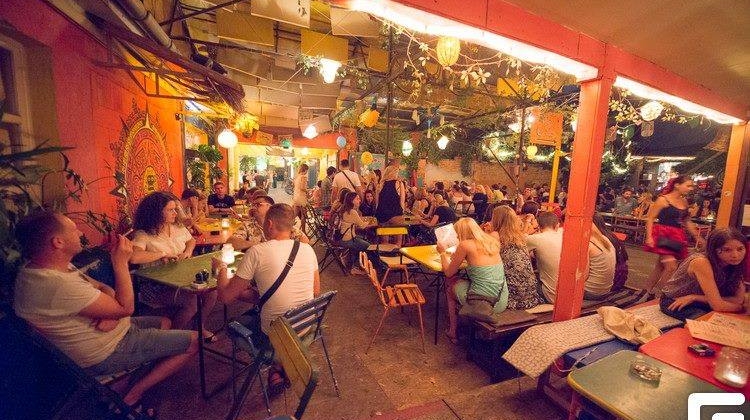 This semi-covered courtyard is a concealed drinking den located deep down an alleyway running from Kazinczy. There’s a roomy interior area for table football and billiards, also concerts are hosted here throughout the year. Its trump card for many ladies is that it has the cleanest bathrooms in the whole neighbourhood! 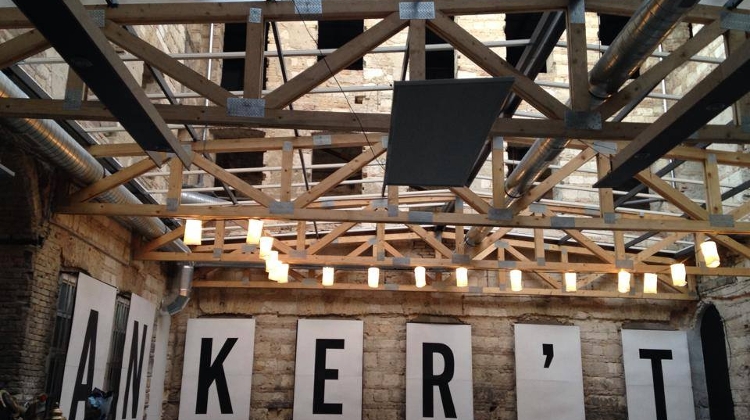 This popular hangout for expats is perhaps a bit too popular already, but still it deserves a good mention since it offers plenty of alfresco tables in the courtyard, as well as indoor facilities such as a gallery and events space, a decent dance area, plus an ‘escape-room’ game. 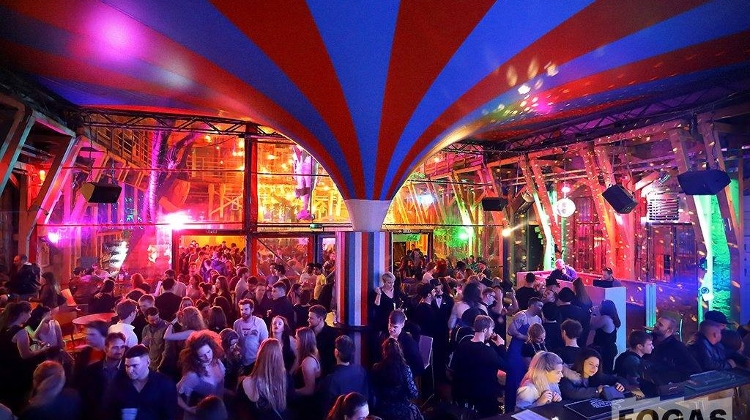 This list really wouldn’t be complete without mentioning this epic all-weather venue. The merger of two ultra-popular ruin pubs produced this unparalleled nightlife playground, which has become rather touristy of late.

Still the indoor Lärm electro club and Robot rock bar ensure varied party action regardless of the weher, or day of week, or the time of year, or the time of night come to that.

Open-air areas include Liebling’s rooftop terrace and the Fogas courtyard, both of which are usually packed with international guests and locals alike during fine times.

Go for: a drink and dance when other venues are often closed
Go to: Akácfa utca 51. 1073 Budapest

Photos courtesy of the venues