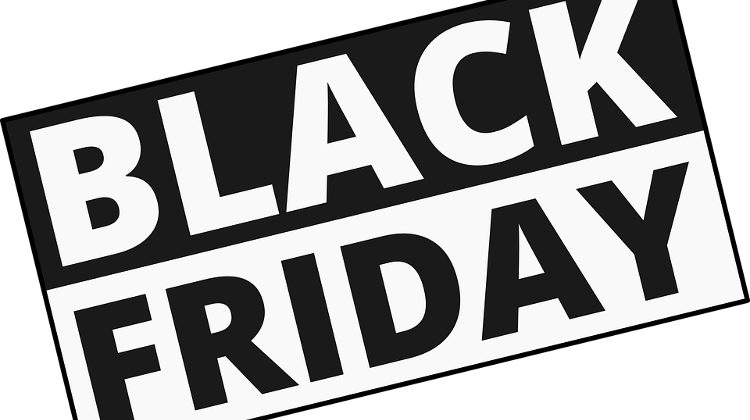 Black Friday sales in Hungary confirmed estimates that they would greatly contribute to full-year sales of participating sellers. However, promotional prices were not even close to those in the United States or Asian countries, business news portal vg.hu reports.

Black Friday sales came to Europe from the United States, where this year the date was set for November 24. In Hungary, some web stores started sales one Friday earlier, but most went along with the American date.

According to figures released by market researcher GKI Digital and price comparison site Árukereső, Hungarians placed 1.1 million orders on Black Friday, generating turnover of HUF 25-30 billion. Purchases were made despite relatively modest price reductions, a maximum of 20-30% of the lowest prices before Black Friday.

Last year total online store revenues, according to the Central Statistical Office (KSH), amounted to HUF 31.6 bln in November and HUF 37.4 bln in December. Sales in these two months can be twice as much as in normal months.

Hungarians may spend as much as HUF 100 bln on Christmas presents this year, including purchases in both online and brick and mortar stores, György Vámos, general secretary of the National Trade Association (OKSz), said on public news television channel M1 on Friday.

Vámos noted that Black Friday discounts this year are bigger than ever before and that customers are already looking for presents, bringing their Christmas shopping forward in time. The most popular items include games, electronic devices and cosmetics, he added.

The OKSz head reiterated his earlier stance that total December retail sales this year could exceed the HUF 1,000 bln registered in December 2016 by 3-4%.