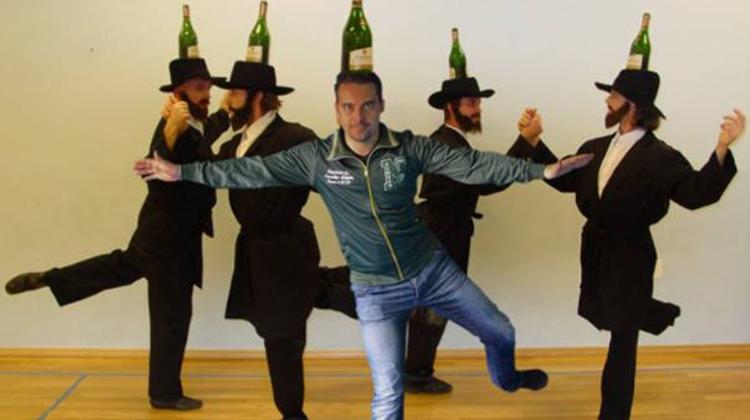 Even a cursory look at the recent Hungarian media reveals Fidesz’s anxiety over every political move Jobbik makes. Fidesz uses every opportunity to discredit the party, to portray it as a duplicitous formation whose turn to the center is nothing more than a sham.

Indeed, it is difficult to take the party’s official portrayal of itself as being moderate right-of-center at face value when one of its deputy chairmen, László Toroczkai, at the height of the government’s attack on Central European University, declared that “it should be banned, shuttered, and its ruins should be dusted with salt.”

Toroczkai shared these lofty thoughts at roughly the same time that his superior, the chairman of his party, Gábor Vona, in an interview asserted that Jobbik stands for the freedom of education and that the party will not vote for the amended higher education law that was designed to make the university’s continued existence in Budapest impossible. Yet László Toroczkai is still deputy chairman of Jobbik.

It is time to reacquaint readers with Toroczkai’s career because it’s been four years since I wrote about him. At that time I described him as “an infamous neo-Nazi who has been banned from Slovakia, Romania, and Serbia because of his openly irredentist views and illegal activities.” I wrote these words at the time that Toroczkai was elected mayor of Ásotthalom, a large village near Szeged, adjacent to the Serbian-Hungarian border.

Toroczkai was born László Tóth but changed his name to something more Hungarian sounding. After all, a great Hungarian patriot cannot be called Mr. Slovak (“Tót” means Slovak in Hungarian). He is the founder of the irredentist Hatvannégy Vármegye Ifjúsági Mozgalom (HIVM/Youth Movement of the Sixty-four Counties), a reference to the number of counties in Greater Hungary.

The high point of his career was leading the mob in September 2006 from Kossuth Square to the building of MTV, the public television station, which the crowd stormed, burned, and eventually occupied. During the siege almost 200 policemen were injured. He made a name for himself again in 2015 when, on his own, he began the “defense of the country from the modern-day migration.” It was his idea of erecting a fence along the border that inspired Viktor Orbán, who put the idea into practice.

And yet Gábor Vona, while ostensibly trying to reorient Jobbik along more moderate lines, asked Toroczkai, who at that time wasn’t even a party member, to become one of his deputies. Naturally, Vona was showered with questions about the incongruity of having the radical Toroczkai as a member of his team. His answer at the time was that “there are issues that need radical solutions and there are others that require moderate ones,” which was a pretty lame explanation for his action.

I wouldn’t be at all surprised if Vona has since regretted his decision, because on almost every issue Toroczkai has taken a position contrary to the party’s official stand, including such an important issue as the government’s refugee quota referendum, which Jobbik didn’t support. A month later Toroczkai was in the news again.

This time his town council passed a number of ordinances that forbade building mosques, wearing the burka, all activities of muezzins and, for good measure, the “propagation of gay marriage” and any publicity given to “opinions about the family different from the definition in the constitution of a man and a woman established by voluntary decision, and the family as the basis of the survival of the nation.”

Vona paid a personal visit to Ásotthalom, where he apparently gave Toroczkai a piece of his mind. Toroczkai at that time considered leaving Jobbik, but it seems that the serious differences of opinion between Toroczkai and the more moderate leadership were patched up. At least they were until now.

On October 31 the Toroczkai-led HVIM covered a full-size statue of Gyula Horn (1932-2013), prime minister of Hungary between 1994 and 1998, with a black sack and hung a sign on his neck reading “PUFAJKÁS GYILKOS.” “Gyilkos” means murderer and “pufajka” is a quilted jacket that was part of the Soviet military uniform worn by the paramilitary force that was set up by the new Kádár government in November 1956.

Gyula Horn is highly regarded abroad, especially in Germany, because when Hungary let the East German refugees cross over to Austria, Horn was the country’s foreign minister. He is also considered by many to have been the best Hungarian prime minister since 1990. MSZP’s leadership was outraged, but as a Jobbik politician rightly pointed out, László Kövér, the Fidesz president of parliament, refused to name a parliamentary chamber for Horn because of his role in the 1956 revolution.

President László Sólyom also refused to give an award to the former prime minister because of Horn’s role in the revolution and because he allegedly didn’t change his views on 1956. Still, considering that it was only a couple of weeks ago that Gábor Vona delivered a speech in which he made overtures to the left, Toroczkai’s assault on Horn’s statue again cast a shadow on Vona’s sincerity.

The pro-government media has been salivating over the possibility of an open split between the moderates and the radicals in Jobbik, which in Fidesz’s opinion would greatly weaken the party. All of the articles I read in 888.hu and pestrisrácok.hu predicted that, even if not now, after the election Jobbik will surely fall apart.

Today pestisrácok.hu heralded the fact that within days the Army of Outlaws and the Association of Identitarianist University Students will organize a new party “where the disappointed Jobbik followers will find their true voice, for which they joined Jobbik in the first place.” The hope in the pro-Fidesz right-wing press is that, as a result of the radical right’s departure from the party, Jobbik will collapse.

But this may not happen. B. György Nagy wrote an article titled “Arabs, Greens, Jobbik” in which he called attention to the fact that when a party embarks on a major shift in political direction its popularity can drop precipitously. A good example is Fidesz’s own experience in 1993, when the party had a commanding lead with 30% of the votes, which by the 1994 election shrank to 7%.

But Jobbik hasn’t lost much support. It is holding onto its usual 20% share of committed voters. Moreover, there is a fascinating dynamic to this support. One-third of Jobbik supporters are new recruits, while 30% left the party, most likely heading to Fidesz. This means that Jobbik has a reserve among currently uncommitted voters.

And so Fidesz has to weaken Jobbik in some other way. One line of attack is establishing a connection between ISIS and some far-right groups, like the Hungarian National Front (Magyar Nemzeti Arcvonal/MNA) and the Army of Outlaws, who are now being investigated by the parliamentary committee on national security as well as the prosecutor’s office.

The reason for the investigation is that a Hungarian version of a video promoting ISIS, its cause, fighting methods, etc. was found among the documents of MNA. The problem for Jobbik is that at one point Jobbik had a loose organizational connection to the Army of Outlaws, and Toroczkai to this day has close ties with Zsolt Tyirityán, its leader.

Apparently Jobbik no longer supports Toroczkai’s HVIM financially, but Toroczkai is still deputy chairman of the party. Zsolt Molnár, chairman of the parliamentary committee, instructed the national security people to investigate and report in two weeks on their findings. If a link between these extremist groups and Jobbik can be established, Vona’s party will have to weather some very hard times between now and the election.